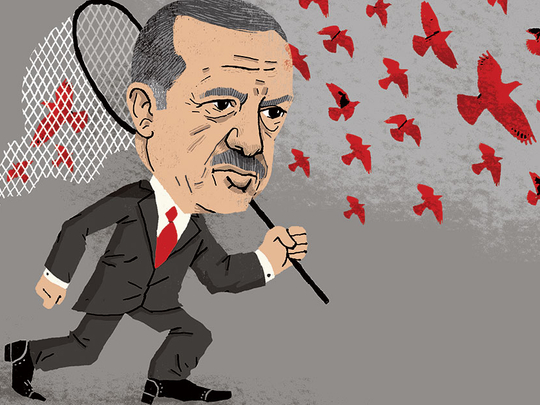 In Africa we say signs of a would-be grand reception on an events notice board manifest themselves well in advance – the opposite likewise.  Just below this imaginary happiness line, it reads: “After four alarm signals, the passing away of a (marginally ill) village granny is nigh.” Further down in the negative, it discredits a “graveside where-will- they-see-me behavioral attitude befitting a dead person.”

Logic behind the first and third lines of thought is easy to follow. Normally, all that begins well ends well and a ‘misbehaving corpse at a graveside depicts a beyond imagination and meaningless level of impunity.

The second flow, though, is rather involving – maybe because it touches death which is as complex as it is an unpleasant human philosophizing arena. While, for the sake of argument, anybody, irrespective of gender, could be, or rather is the philosophically implied “sick granny”, what is the function of the figure “four”? That is the intrigue.

Africa mainly is preoccupied with the rising and setting sides of the Sun—the East and West. The North and South directions constitute an added value usually from traditional hunting when guiding a mission on which direction the hunted beast is headed to. This article is not on the art of African traditional hunting.

A quick related scan through African traditions and beyond reveals a-four-day mourning period for a dead adult person. Babies get the first (sometimes ritual) haircut forty days after birth. Under the Islamic order, widows and divorced wives must confine themselves for four months before going public. And their status must be established, confirmed and communicated within the respective circuit.

Many other multiples of four, which are not the subject matter of this article, abound; even in the scriptures. They range from the Israelis’ grand escape journey from Pharaoh’s repression to the Promised Land to the modern day (Christian) lent period. The ascension of Jesus Christ is recorded as having taken place forty days after His resurrection.

Irrespective of circumstances in every background, all the combinations share one central message. That is, a beginning, an end and outcome, usually opening doors to new experiences. The traditional shave of the African child releases the mother for going back to lead a normal life. Widows end grief for their husbands. Together with divorced wives they can thereafter get new spouses. And in both cases, society wants, in the process, to reassure itself that there were no pregnancies from the terminated relationships. Jesus’ ascension to heaven implies his return (second coming) for the Last Judgment.

Now, that aside, towards-end-of-last-year Turkey reports on events that have persisted to flag in 2021 and or ‘crown’ President Recep Tayyip Erdogan and his Justice and Development (AKP) party in particular, come to light.  Could they have a link to the ‘nigh granny death’ of the African indigenous knowledge narrative?

Among political scientists and human rights enthusiasts, it is generally held that if you want a quick and reliable establishment of where a country stands in terms of justice, rule of law and the like, all you need to do is carry out an audit of commissions of inquiry, probe teams and civic rights groups. Regionally and internationally, this translates into closely monitoring sittings of respective organs, taking stock of passed resolutions, established special missions and imposed sanctions.

Downloading this on Turkey, this means establishing the number of professional and civic rights associations, specific circumstances in which they were born, their current status and, where applicable, what has prompted the Erdogan government to institute repressive measures of curbing them at any price, sometimes overriding  human rights protocols to which the country is signatory.

It is from such an exercise that the relevance of the African village sick granny alarms concept unfolds and its implications on the survival prospects for Erdogan as president and his AKP as a ruling party stand out. Symbolically, how many alarm folios do we find on the nigh village granny demise file relevant to Turkey circumstances?

First Alarm: President Erdogan has practically no breathing space left for him at home after following his perceived enemies to even as far down as family bedrooms.  His people have very genuine grassroots’ level complaints against him.

Second Alarm:  Presidential decrees have seen prosecutors, judges, the military of all ranks, advocates, normal teachers, professors, journalists, doctors, engineers and other professionals, in their thousands, lose jobs, arrested, prosecuted and persecuted. Their major crime is being Gulenists!

Third Alarm: Erdogan’s claims about Fethullah Gulen being the brain behind the attempted July 15, 2016coup are shrouded in more questions than answers, rendering the whole story questionable because the prime suspect has no political power interests.

Fourth Alarm: Research has established that a quarter of Erdogan’s own people say they are happy to live away from him.

Fifth Alarm: On his part, President Erdogan has taken even a worse response step of adopting a hot-pursuit military tactic and following his (unarmed) citizens into host exile countries across Turkey borders into other European countries and even across continents.

Sixth Alarm: To learn how much faces abduction can wear and how perpetrators in power can, in the process, sew long-enough ropes for ‘strangling’ themselves and their ruling partners, Turkey is the one-stop ‘school’ destination.  Call them ‘visiting lecturers’, if it so pleases you as they say in French courtesy, several organizations, including U.S.-based Freedom House, have compiled reports  from which the media have carved amazing situations drawing  Erdogan into the African nigh granny death arena.

One of the best ‘carvings’ is tagged “Erdogan’s great game”. It explores his  geopolitical ambitions presented in three themes dwelling on “soldiers, spies and … quest for power; the Turkish problem on the European Union’s doorstep and the … intrigue in the Balkans string of extractions of Turkish citizens from countries beholden to Ankara that is raising alarm.”

‘Great’ as the ‘game’ is, it is extremely dangerous for victims and could end up being lethal to the Erdogan regime itself. The third theme, in particular, paints a gloomy picture for the current government, which has been involved in renditions of Turkish nationals from at least 17 countries. In the order of operations with their numbers in brackets, the countries are Saudi Arabia (12); Moldova (7); Malaysia, Azerbaijan, Kosovo, Gabon (6), Ukraine (3); Pakistan and Kazakhstan (2); and one each in Bulgaria, Indonesia, Myanmar, Sudan, Bahrain, Cambodia, Albania and Lebanon.

There is a peculiar story to tell about every country’s operation. But generally, local intelligence agencies, according to the reports, cooperated with Turkey’s National Intelligence Agency (MİT).  In some countries MIT didn’t even have to seek permission, reflecting the level of impunity. These constitute countries mostly depending on financial, political or humanitarian support from the Erdogan government.

From the flow of events, however, there can be no guarantee that all these countries’ governments and law enforcing institutions would always like to maintain the status quo. After the African ‘four’ (plus two complementary) alarms, the nigh death of the granny seems to be really hovering over Turkey.

Some countries have sent clear “no-messages” to Turkey.   In Moldova, an ex-Secret Services Director received a suspended sentence and payment of fines for expulsion of seven Turkish professors linked to the Gulen movement. Five of them applied to the European Court for Human Rights (ECHR). All are currently imprisoned in Turkey on accusations of terrorism-related activities.

Even at home, Canan Kaftancioğlu, the Istanbul head of the main opposition Republican People’s Party (CHP) has vowed to sue President Recep Tayyip Erdoğan over his remarks accusing her of being a terrorist. Instrumental in the 2019 local elections in CHP candidate, Ekrem İmamoğlu, won the Istanbul mayoral election, she asks Erdoğan to bring evidence for his accusation.

After a presidential decree was used to override an established voting process for a Boğaziçi University rector, a number of notable staff resigned amid across-the- board resident community protests. There were arrests but some students were later released.

Former Prime Minister and Chairman of AKP ruling party from 2014 to 2016, Ahmet Davutoglu, who was forced out after falling out with Erdogan, has predicted President Erdogan will be “eliminated” by the faction that controls him. The opposition Future Party leader has said: “I am issuing a warning. Mr. Erdogan will soon be eliminated. Mr. Erdogan is at a crossroads. It will be very difficult for him to win the elections with the People’s Alliance.”

Out of the ordinary two terms’ Turkish ambassador to Washington, Serdar Kilic, has had to be replaced in the wake of pending troubled departure circumstances of U.S. President Donald Trump. With Bidden at the White House, President Erdogan has lost what was taken for his caterer on the Washington foreign relations menu.  He may now have to really pay for the S-400 missiles purchase from Russia.

With this big and onerous package, who would envy Turkish President Erdogan? He definitely has a lot on the hook, slotting him, his government and ruling AKP into the African nigh granny death spectrum. Can he survive this candidacy?