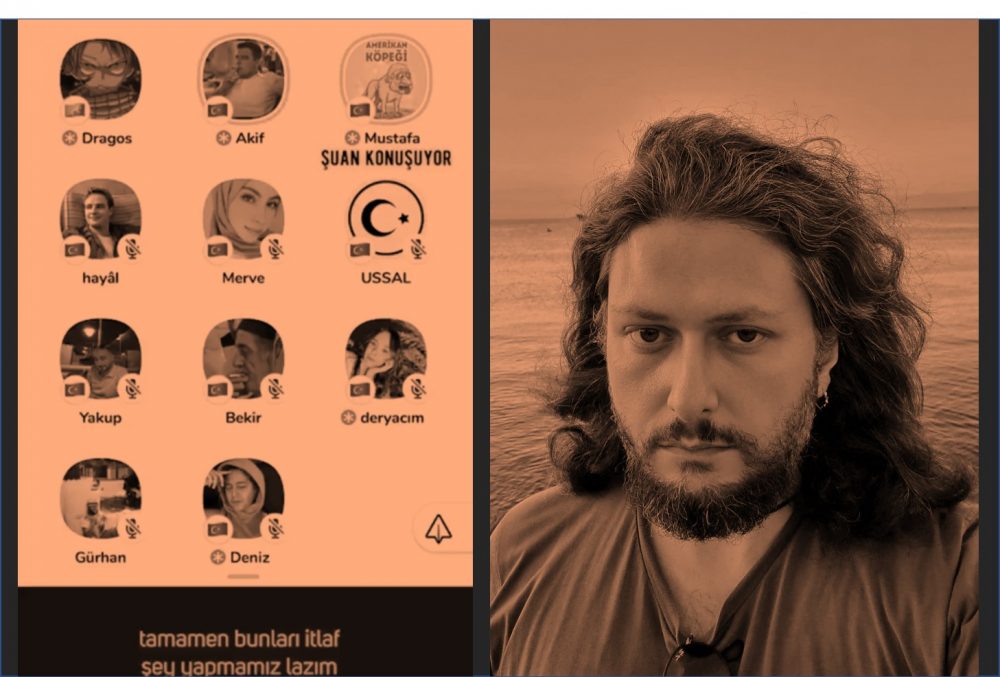 On August 8, the Foreign Policy published a substantial article by Noah Blaser on the expansion of prison superstructure across Turkey under the tutelage of the totalitarian Erdogan regime.

The article is supplemented with eye-opener visuals including a map of Turkey marked with emergent prison sites. It is rather shocking to see that almost each province in Turkey is marked with a red dot denoting the augmented, under-construction and ready-to-open prisons built especially after the failed coup attempt in July 2016. The upcoming larger prison complexes in various other provinces are marked in yellow.

The regime in Turkey has borrowed the title from Victor Hugo’s book ‘Les Misérables’ to crown the state to which they have reduced Turkey, but has forgotten to take lessons from his quote, “He who opens a school door, closes a prison.” Never in the history of Turkey this many prisons were built in such short time. If the regime desired to increase the number of classrooms and appointing new teachers across Turkey with such fervor, the lacking education system could have a shot in the arm, especially during these pandemic conditions.

One needs not to be a clairvoyant to guess what goes on in today’s Turkey. The Erdogan government is so keen to build larger prison complexes as if they were recreational facilities where people would be thrilled to lock themselves up, starved and tortured to their hearts’ desire! The Erdogan regime needs more space for jailing political prisoners and so builds penitentiaries for this reason only. In Erdogan’s mindset, whatever public service or facility is provided, it should be done through a certain income-generation guarantee for the constructors and operators, and a substantial share for his personal treasury. Thanks to Erdogan and fortunately for the quintette construction moguls who ‘by the gift of God’ win the tenders of all government projects, if a suspension bridge is built, a lucrative amount of income and state assurance for the builders and operators is guaranteed no matter if the number of vehicles to shuttle on that bridge is limited. The same applies to state hospitals where the Erdogan regime assures the builders and the operators with a preset number of patients. The same will apply to the prisons: With each prison expanded, repurposed or built from scratch, the quintette construction moguls will be paid lucrative amounts notwithstanding the number of prisoners to be shoehorned there.

In developed countries, governments seek and implement ways to reduce the number of prisons and even phase out prisons to repurpose them as public areas to benefit the general public. The article in the Foreign Policy manifestly shows that rather than minimizing the number of prisons, the Erdogan regime works on a construction spree to expand prisons with a preset number of prisoner guarantee. Erdogan’s New Turkey never fails to find new ‘criminals’, so the totalitarian leader seems not to be bothered by the thought of having empty prisons. Opposition groups, in particular Kurds and the participants of the Gulen/Hizmet Movement, are placed on the target by the regime to be kept as hostages in the new prisons.

Since the failed coup attempt, opposition groups have been subjected to constant persecution and purged at all costs. Public prosecutors, judges, attorneys, journalists, human right defenders, army officials, polices, academicians, teachers, and even homemakers are arrested and imprisoned on baseless charges. Disregarding that innocent civilians never perpetrated the military coup attempt, they are imprisoned and tortured by the Erdogan regime on charges of attempting to overthrow an elected government. With the pretext of the failed coup attempt and exploiting the state of emergency to the hilt, the Erdogan regime and especially its vengeful Interior Minister Suleyman Soylu created state of fear for silencing the opposition through self-same Nazi tactics, as implied by his initials SS.

The Erdogan regime passed a law to release thousands of prisoners due to the rampant pandemic conditions in April 2020. The law was not applied to the release of political prisoners. While dangerous criminals were summarily released, the political prisoners were kept behind bars under harsher conditions. This and other practices of the Erdogan regime manifestly showed how vengeful it was for peaceful dissent. The trigger-happy of the regime to jail even the slightest opposing voice led to the coining of a popular expression in Turkish, “It’s cold in Silivri (one of the largest prison compounds in Istanbul, Turkey) now” to warn people against the vengeance of the state. Among the political prisoners are also those inmates kept as hostage for the last 7 years either without trial or with sham court hearings. Even those who served their sentences prisons are not released and are kept behind bars indefinitely. No one in Turkey other than the powers that be knows when these people will be released for good. The regime-tutored judiciary, toothless opposition parties, and civic associations divided by schism do almost nothing about these inmates who are especially Kurds and the participants of the Gulen/Hizmet Movement.

Having said these, the rampant fascistic and radical socio-political stance in today’s Turkey should not be left unmentioned. Most recently, a video clip of a Clubhouse discussion group sent shockwaves. The discussants in that Clubhouse chatroom talked about the ways of annihilating the participants of the Gulen/Hizmet Movement, especially those who are incarcerated in Turkish prisons. It was a clear call for a genocide. The one who led the discussion said annihilating the Gulenists would be easy if one patriotic cook purchased an inexpensive poison and laced the meals of the prisoners to kill them all. Another discussant added that they would not be held responsible for anything if they did so. He said, “The same as we do to stray dogs, we must exterminate those traitors.”

Here’s the mindset of thousands-strong lynch-mob mentality in current-day Turkey. Erdogan had promised the nation to bring forth a faithful generation but they seem to have all turned into a radical and extremist youth. Displays of public fascism were thought to have remained in 1970s Turkey, they are now in vogue and promoted in media as patriotic expression. Within the same week of the Clubhouse discussion, Kurds were targeted in the Aegean and Mediterranean regions with the allegation they had started the forest fires, while not a single evidence hinted that. Later, it was revealed that a heartbroken boy of 12 who wished to rebel against his parents’ impending divorce set some dry wood in Manavgat on fire and could not stop the flames fanned by the strong winds. Meanwhile, the members of an entire Kurdish family were murdered point-blank in Konya with a vile motivation. While I write these lines, a mob in Ankara, the seat of the government, is on the loose. They attack vulnerable Syrian refugees, looting and setting their shops and homes on fire.

It is rather heartbreaking to observe how Turkey lacks the quality of nationhood claimed to have been nurtured by a strong belief system and values that sustain peaceful coexistence. No matter how much several modern-day nationalists evade discussing transgressions and blame the Ottoman past rather than the new Turkey, the contemporary Turkish history has ample examples of lynches, loots and expulsions triggered by ultranationalist and fascistic urges. As prominent modern-day pariahs under the regime, the lives of the Gulen/Hizmet Movement participants are at massive risk in Turkish prisons. Since the failed coup attempt, the partisans of the ruling AKP and its coalition partners call for the extermination of the participants of the Gulen/Hizmet Movement besides all opposing voices. One famous call had been made by Sedat Peker, the self-exiled mob leader, who had said about the participants of the Gulen/Hizmet Movement, “We will hang them on the flagpoles”.

Nowadays, partisan souls in Turkey express their effervescent bloodlust and seek to execute the participants of the Gulen/Hizmet Movement in Turkish prisons. When this video went viral, many conscientious media outlets shared the news with sorrow and fear. Partisan journalists like Hilal Kaplan and many others from the media under the tutelage of the Erdogan regime found it an implicit opportunity to spew their venom against the Gulen/Hizmet Movement. Hilal Kaplan placed the poisonous cherry-on-the-top by saying “We even could not make them wear orange inmate jumpers while I expected more than this.”  Another partisan journalist Emre Ercis retched, “If you do not think Gulenists should die in agony, then you need to check the values of your belief system.”

All these latest incidents do not fail to show us that Turkey walks along an edge leading to a tipping point while ordinary people dream about putting their sick thoughts into practice, kill innocent people and loot their assets. According to the Holocaust Memorial Day Trust, there are Ten Stages of Genocide and the powers-that-be in the modern-day Turkey are busy implementing the Stage 9 with their treatment of the participants of the Gulen/Hizmet Movement. The first eight Stages of Genocide are Classification, Symbolization, Discrimination, Dehumanization, Organization, Polarization, Preparation and Persecution. The participants of the Gulen/Hizmet Movement have already been victimized by the practice of the earlier genocidal stages and they are now being persecuted and kept as hostages in Turkish prisons. The Stage 9 is Extermination and now partisans in Turkey publicly demand it. They are ready to feign Ignorance – or Denial as the Stage 10 of the genocide – after the Extermination stage takes place. In the Clubhouse video clip, a partisan discussant says, “We can kill them the same as we kill stray dogs. No one will question us for this.”

The international community and the global institutions must heed the looming avalanche and take immediate action against this bunch of genocide-bent partisans supported by the Erdogan regime in Turkey to spread this totalitarian onslaught even beyond the national borders. While there’s a great awareness for the Holocaust and other genocides worldwide, the international organizations founded and funded for protecting people from mass executions, war crimes and genocides stand so helpless as watch the events while they snowball and worsen, unable to take decisive actions against the dictatorial regimes responsible. In the words of late Turkish short story writer and humorist Aziz Nesin, “Tomorrow is the working day of the idle.” If any immediate action is not taken today, tomorrow will be late for everyone.