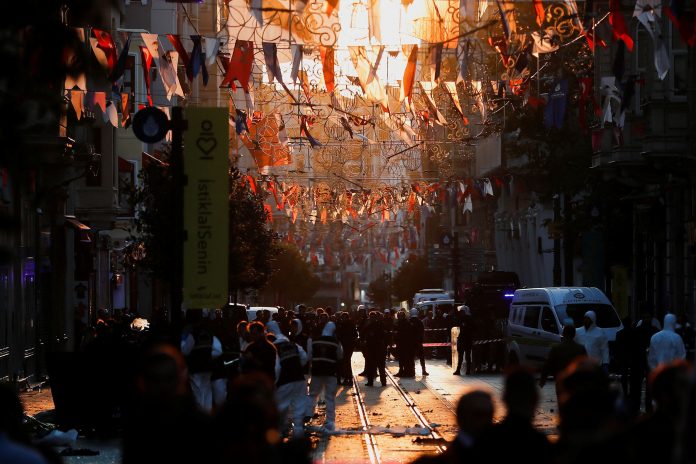 People of the Books have a narrative of man’s creation and the accompanying Creator-proscribed modus vivendi packaged in the famous God’s Ten Commandments. In the literary world it is said that if you want to know someone’s real character, give that person wealth (money). Why? Because he can thereafter use it to acquire the other character-shaping component, which is power.

African indigenous knowledge acknowledges: “Kabla hujafa, hujaumbika”, contextual-translation, “unto death, you are yet to be created”. Born with two perfect sharp eyes, in my old age, I have only one still working. My transit status is, therefore, as good as being half blind. My creation is yet incomplete. And chances are still open for me to die blind.

This phenomenon kept evolving in my mind in the last few months, becoming more vivid in recent days as I followed events surrounding incumbent Turkey president Recep Tayyip Erdogan’s modus vivendi (I hesitate to call it behavior) against the background of the forthcoming presidential and parliamentary polls. That is, putting aside other events unfolding on the axis of the Ukraine war, the Middle East, US and NATO allies, the Mediterranean and North Africa.

It is a Sunday, the most favorite relaxation day under the Sun globally. A blast turns Turkey’s commercial capital Istanbul busiest street into a horror site, killing six people and leaving 80-plus others injured. In Africa we say he who has had a snake bite be wares a swaying straw. Could the Istanbul blast be a replica of the July 2016 coup that was template?

Who is the criminal? The terrorist angle is definite. But this time round it would be far-fetched to draw in Muslim cleric Fethullah Gulen, living in US self-exile since the late 1990s. The world is now told of one Ahlam Albashir, a Syrian national woman who has confessed to have been trained as an intelligence operative of the outlawed Kursdish Workers Party (PKK) the US-supported Peoples Defense Units (PYG)

Turkish Interior Minister Suleyman Soylu said in a statement “the person who planted the bomb has been arrested” noting that another 21 suspects had been arrested as well.  “Our assessment is that the order for the deadly terror attack came from Ayn al-Arab (also known as Kobane) in Northern Syria where the PKK/YPG has its Syrian headquarters.”

The official news agency Anadolu quoted him adding: “We will retaliate against those who are responsible for this heinous terror attack.” He rejected US condolences saying: “I believe the support of our so-called allies to terrorists, by hiding them in their countries or giving them a lifeline in the areas they occupied, funding them through decisions of their Senate is obvious; this blatant insincerity.”

In saying this, strongman Soylu, was trespassing on the role of the Foreign Ministry and definitely on what his president, Erdogan, had to say in response to the condolence message of the US Foreign Secretary of State. While attending the G20 Summit, Erdogan accepted the message.

Soylu also alleged that the suspect was ordered to be killed after conducting the attack by the organizers in a bid to prevent Turkish authorities from establishing the network behind it.  This does not make sense.  It raises so many questions to pass as relevant and correct information. Question number one: Everybody knows that in such operations involving the death of a bomb planter, the mode is suicide. Schemers cannot risk the life of another person. So the Soylu story of the attacker being ordered to be killed after the incident does not hold water. Even then, let’s say that the organizers were so unqualified, how did they fail to kill her?

Question number two: What sort of intelligence training could she have undergone to keep at home all the evidence against her in terms of the clothes she wore during the attack? What could she have kept weapons found on her for? Couldn’t she have known what was going to happen to her thereafter so that she did not have to take any precautions?

Question number three: She is said to have sat in one place for about 40 minutes, and then move away leaving her ‘plastic bag’ behind to explode or to be remotely switched on by someone else. In a supper-sensitive anti-terror country like Turkey, how does sitting in one place for all that time and doing nothing fail to attracts suspicion from law enforcers?

I remember arriving at Frankfurt in Germany by air and scheduled to take a Frankfurt Main train to Berlin. I had three A-4 parcels of Karibu Zanzibar magazine. As I walked towards a washroom I gave a signal to a security guard. He nodded. Hardly two minutes later, I found all parcels, scanned, open and an apology. Could the Turkish system have known what Ahlam Albashir was up to?

Question number four: Why did the Istanbul Criminal Court of Peace issue a broadcast ban for all audio and visual news and social networking sites linked to the explosion if the system had nothing to hide? Why block the flow of right information? Could this have been in the best interest of the public? No.

Ahlam Albashir who was detained by Turkish police on suspicion of a bombing in Istanbul has links to the Turkish-backed Free Syrian Army (FSA), Kurdish Syrian Democratic Union (PYD) co-chair Salih Muslim has claimed. PKK and Syrian militant group have denied involvement. “This is a terrorist attack, which we condemn like everyone else”, Muslim said. “Nobody in our region knows the person who was responsible for the attack. However, her social media accounts indicate that she has ties to groups such as the FSA. There are photos of her in front of Sultan Murad flags. She is not Kurdish and has no ties to the Rojava Autonomous Administration.”

Sultan Murad Brigade is a Turkish-backed rebel group accused by international organizations of committing war crimes during the Turkish military incursions into Northern Syria aimed at clearing land to create a buffer zone between Turkey and Syrian Kurdish militants. So, question number five: Do we now know who is behind this Ahlam Albashir?

Jailed Kurdish leader Selahattin Demirtas asks why the interior minister hastily announced the origin of the bomber as the Syrian Kurdish provinces of Afrin or Kolani, warning that the government might be trying to use the attack as a pretext for a military incursion to score political points ahead of the elections. He alleges that, the origin of the attacker aside, such an attack could not have been perpetrated without help from actors working for the state. Question six: Did the state know all about the attack? Another mini July 2016 coup narrative style?

Besides Ahlam Albashir, pro-government media also revealed that another person also held by the police named Ammar Jarkas, is claimed to have been the mastermind and had lived in Turkey for about a decade, co-founding a car rental business about two years ago. He is profiled with photos of him taken with weapons and military vehicles on one Website. Question seven: Why did they wait to arrest him after the bomb blast when they had such an overwhelming prior evidence? This is a very loose link to attract credibility of the operation.

Could Reuters analysts be right in saying the attack which came seven months before an election in which Erdogan hopes to extend his years in power despite Turkey’s deep economic troubles has put national security back on the political agenda? When it comes to polls agenda, the Erdogan regime and ruling AKP party don’t mind acting like a wolf in a sheep skin we read in the scriptures.

In fact, AKP and the Erdogan regime are ready to jump on anything that helps to hide their real identity by disorienting the public. Imagine, of what use is it to sentence a TV Muslim preacher to an inconceivable, near fiction, total of 8,658 years in jail for crimes ranging from sexual assault to military espionage.

In addition, data on “violation by Article and by the State” violations were found to have been committed in 76 of 78 adjudicated cases from Turkey. Among these 31 involved violations of the right to freedom of expression, 29 the right to liberty and security and 22 the right to fair trial.

Who is behind the explosion in Istanbul?