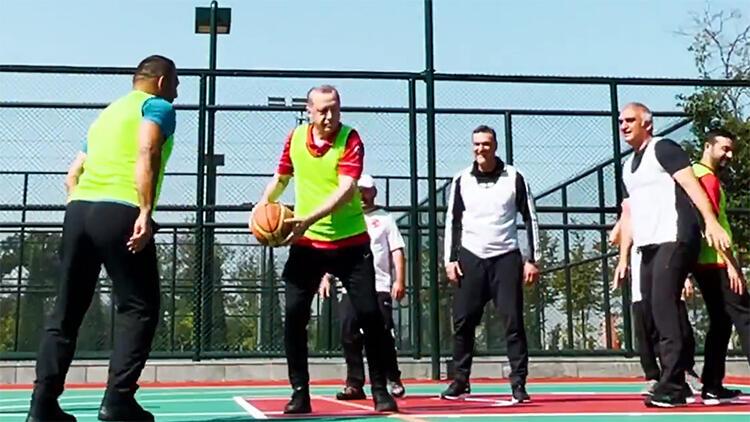 The Swahili culture in East Africa has it: “Lisemwalo lipo; kama halipo, linakuja”. Meaning: “What is said is there. If it is not, it’s on the way.” My mother tongue indigenous knowledge puts it is even worse. It speculates: “Mukaikuru olafa; kyagambwa bana.” Literal translation: “Granny, you will die. It has been opined by four (people)”.

This is how I felt as I was being hit by a barrage of headlines and opinions about the health status of Turkish President Recep Tayyip Erdogan. This did not shock me. To say the least, real life in Turkey under Erdogan is usually not the way it will be officially portrayed. The media has since been silenced. Erdogan speaks with a tongue in the cheek. If the world has been cheated to believe in a faked government version of a calculated to fail so-called coup attempt of July 15, 2016 leaving more than 200 people dead, what else cannot be cooked in Turkey? Turkey is the country of official half truths, misinformation and even disinformation.

Within the echo of a speculative-cum-analysis article published on the 1st October, 2021, headlined “Erdogan might be too sick to keep leading Turkey”, a viral footage showed Erdogan “walk with difficulty.” Rumors were said to “swirl over Erdogan’s declining health after G20 hobble…” There was a headline, better read between the lines, saying: “When will Erdogan die…” One is free to take it for a speculation, a question or misinformation and even disinformation because the reason behind it has not been clearly established. However, Erdogan was not dead.

But it still remains true that after what was put forward as his G20 hobble in Rome, Italy, he had to cancel his presence at the COP26 UN climate conference in Glasgow, Scotland. This conference was crucial for redefining the status of Turkey and opening doors for the country to be classified as developing and, thereby, qualify accessing climate change funding. It is against these facts that the Turkish Parliament had rushed the ratification of the Paris Agreement in time for action at the Glasgow conference. And this was under the pressure and direction of Erdogan.

This conference meant a lot for the critically sick Turkish economy, which is enough to complicate the president’s health. Take it or leave it, disagreement on security arrangements revolving on the number of vehicles in the Erdogan’s presidential motorcade were advanced as the reasons behind his absence at the Glasgow conference. If it is because of his health status, Erdogan must be ill.

I came up learning a new Turkish word in the course of establishing the real message of Twitter hashtag“#olmus” posts about Erdogan health. The hashtag carried a death message. Misinformation is misinformation. But what should people on social media do in the wake of being information starved on the real health state of their leader? This is not private. So, they just fill in the gaps.

The Arab News emerged with a reaction story of Erdogan allies growing furious about the post. Thirty people have been put under investigation for its usage and risk facing legal action for the spread of what a police statement termed as “disinformation and manipulative content” and, as usual, rounded off with “insulting Erdogan”. This follows Erdogan’s lawyer   filing a criminal complaint asking prosecutors to take legal action against those responsible for spreading “disinformation” about his health.

Stories of ill health are following Erdogan wherever he goes. The situation is like that of the African tale of a child running to welcome a father arriving from duty and breaking the news: “Daddy,  I have  not broken the tumbler”. This is all out of guilty conscience. The father, very likely does not know the number of tumblers in the cupboard at home. Imagine Erdogan’s communications office sharing a video of the president playing basketball in response to an ill-health rumour!

During the celebrations of the 19th anniversary of the ruling Justice and Development (AKP) Party in Ankara, one party member wrote: “The chief has arrived from Istanbul … He is very healthy.” Erdogan’s communications director, Fahrettin Altun, tweeted a brief video that showed the president walking along after getting out of his official car carrying a “Trust to friends, fear to enemies,” message. Why all these assertions?

There is no doubt that Erdogan has been at the controls of Turkish politics for decades – first as prime minister (2003-2014) and as president to the present day. The point at issue is what would happen in the forthcoming elections set for 2023 in the wake of him and his AKP ruling party losing grip of the electorate and a non-performing economy? He knows very well that he who rules Istanbul rules Turkey. He has lost Istanbul to the opposition two times. This alone is enough to make the president ill.

Furthermore, and very much possibly, what troubles him and his party is the way they have systemically messed up with justice in Turkey. It is here that it pays to revisit Said Nursi. Justice is justice regardless of a title. It has no qualification.  ‘Complete justice’, which is true justice, should be preferred instead of ‘relative justice’. In other words, based on the principle that of ‘crimes being personal’, an innocent person close to a criminal should not be punished because of him. What is the Erdogan regime doing? Babies stay in jail with their mothers because their fathers are perceived   criminals! The government of Erdogan has no spiritual personality. It is like a body without soul. Dead, that is!

The unity of society is both as a purpose and as a result. Said Nursi identified three fundamental enemies of Turkey as ignorance, poverty and disunity. The situation in Turkey is despicable. There is no consensus. One person is the know-all. Why not fall sick in the process?

Where does one find a compassionate legal system is in today’s Turkey?  In principle, the rule of law should form the basis of the executing power. In the absence of this what do we find in Turkey? Despotism and oppression are now being experienced through many factors like the courthouses and politics.

In the opinion of Said Nursi, “the power of the law is by the lawmaker. That is, the effect of the law is according to the power of authority of the legislator. And it is Allah, Who has the real power”. Do the Turkey Parliament and Erdogan acknowledge this? This is why the ill-health (not rumours) will follow Erdogan and his fellow rulers everywhere to the grave.

In this regard, Like Said Nursi, I would conclude: “May our Lord forgive our faults! Amen.” And in the same vein I would pray: “May our Lord forgive Erdogan’s faults and deliver peace to the people of Turkey after his departure. What matters is how he dies and people’s life after him. The All-Merciful stills needs Erdogan’s soul in the hereafter. It is a duty of every believer to wish him a peaceful departure. Returning evil for evil is non-Islam in faith. “The granny will die; it has been opined by four.”