HomeExpertsErdogan tried to make local Turkish elections about national security, but it...
ExpertsTop Stories On Turkey 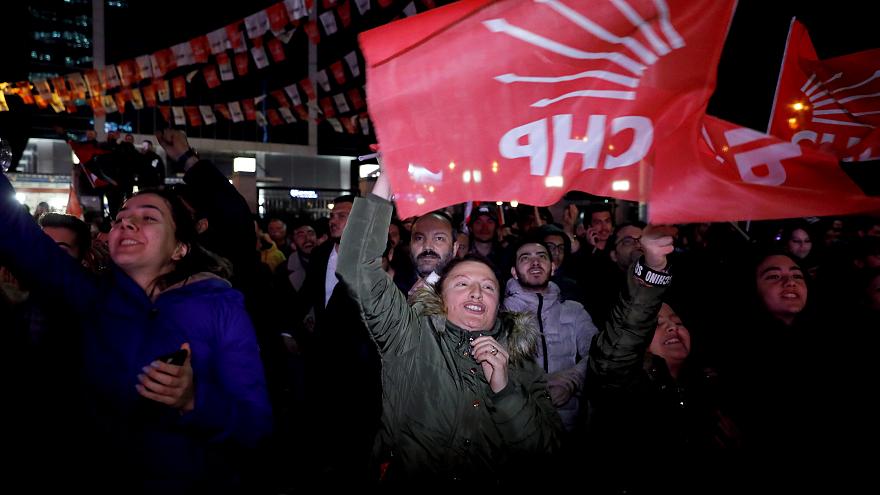 Votes are still being counted in local elections that took place across Turkey on Sunday, but so far it appears that President Recep Tayyip Erdoğan’s party has lost key cities and towns. That includes the Turkish capital Ankara, which has been run by Islamist mayors for the last 25 years.

When Erdoğan won Turkey’s presidential election in June last year, he effectively became an autocrat with few checks and balances. Since then, parliament has lost its significance and Erdoğan can now rule by decree. Although these elections were not free and fair (there were allegations of vote rigging), they are seen by some as a referendum on Erdoğan’s rule.

Given the economic problems in Turkey and the decreasing electoral support for his AK Party (AKP), Erdoğan transformed the local elections into a question of national security. He hoped to distract voters from focusing on the economic problems, corruption and inefficiency Turkey is currently facing by resorting to moral panic and a politics of fear.

The election results suggest that his strategy did not work.

On February 27, a month before the vote, Erdoğan posted a tweet with a banner image explaining how he viewed these local elections. The caption read:

In his tweet, Erdoğan chose to substitute the word millet, which translates to “national”, with zillet, which translates to “mortification”. This gives another meaning to the opposition alliance, implying that it works on behalf of Turkey’s enemies and terrorists. In the banner image, the Republican Alliance is depicted with the crescent of the Turkish flag in order to give the impression that only Erdogan’s alliance is truly representative of the Turkish nation.

Under normal circumstances this would be strange enough, but Erdoğan saw it necessary to claim in the tweet that the Republican Alliance was established in the streets on July 15 by those who rose up against the coup attempt. The banner image goes on to claim that his own alliance advocates right and truth, stands with the oppressed against the oppressor, will not be influenced by financial interests, and is entirely about service to the people.

The so-called “Mortification Alliance” is represented in the banner image as a product of secret negotiations and political engineering. It makes references to Abdullah Ocalan, the imprisoned leader of the outlawed PKK, and Fethullah Gulen, Erdoğan’s foe. It suggests that the National Alliance is controlled by terrorists and aims to carry these terrorist groups into local bureaucracies.

After reading this tweet, it’s hard to believe that these were only municipal elections, not parliamentary or presidential elections. But the situation in Turkey has been deteriorating fast.

The economy is in free fall, corruption and inefficiency reigns, and hate crimes, organised crime and petty crime have skyrocketed. Erdoğan and the AK Party hoped to distract voters from these daily problems, preoccupying them instead with security concerns.

By focusing on terrorism and national security, Erdoğan suggested these elections were a matter of existential survival for the Turkish nation – a tried and true tactic among politicians. Throughout the electoral campaign, AK Party politicians argued that the fall of AKP’s municipal governments would mean the fall of Turkey, Jerusalem, Islam and so on.

For example, Erdogan repeatedly showed the video footage of the New Zealand terrorist attack in the election rallies that were televised live and claimed that he and Turkey were also targets. This was in line with the AKP’s rhetoric since the Gezi events of mid-2013 that Turkey was under the attack of the Crusader West and Jews.

Elections have been neither free nor fair in Turkey for some time, and the AK Party controls 95% of media coverage. In spite of this disadvantage, opposition candidates were able to defeat AK Party candidates in several cities and towns.

The main opposition party, The Republican People’s Party (CHP), increased its votes from 26.6% in 2014 to 30%. More importantly, it was able to win municipal governments of important cities such as Ankara and likely also Istanbul that were previously held by the AK Party. Now the CHP controls cities that generate more than 60% of Turkey’s GDP.

This suggests that Turkey’s voters were unimpressed by the AK Party’s national security framing, Islamist victimhood narrative and anti-Westernist conspiracy theories. Instead, they preferred to vote on bread and butter issues.

This is good news for politics in Turkey. We can now hope that one day, Turkish politicians will be accountable for their performance rather than hiding behind fabricated moral panic and imaginary security issues.