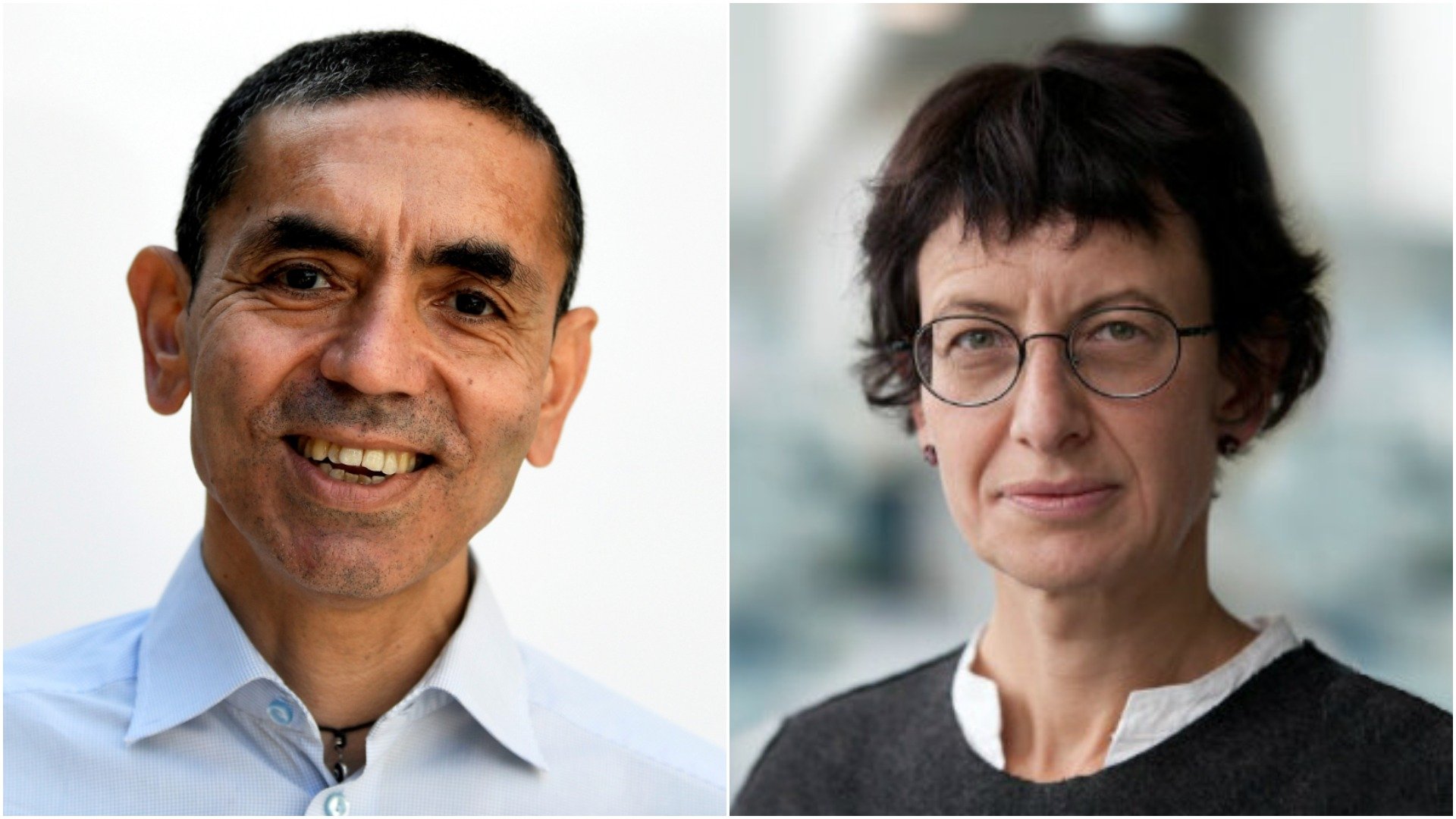 Turkish born scientists, Ugur Sahin and wife, Ozlem Tureci, have gained overnight recognition for their efforts in a successful Covid-19 vaccine. The immigrant couple brought their science dream to fruition at their home in Germany. However, matters are not that simple for scientists back in their home country of Turkey under the rule of Recep Tayyip Erdogan.

Ugur Sahin, founder of BioNtech, was 4 years old when his parents emigrated to Germany, his father began working at a Ford factory in Cologne, reports Turkish media. Sahin’s wife, Ozlem Tureci, was born in Germany following the immigration of her father, a doctor in Istanbul when he decided to leave Turkey.

Certain Turkish media outlets are claiming that the couple’s parents left Turkey failing to agree with the official state ideology of the Turkish state at the time.

Since the founder of modern Turkish Republic, Mustafa Kemal Ataturk embraced Turkification policy, different religious and ethnic minority groups have been facing state oppressions under the different political parties. This Wednesday (11) marks the 78 anniversary of the Capital Tax (Varlik Vergisi) which was introduced by Turkey’s second president and chairman of the then ruling Republican People’s Party (CHP) Ismet Inonu on 11 November 1942.

Authoritarian single party CHP’s rulers implemented heavy tax against non-Muslim minorities, confiscated their properties, and exiled members of these groups to work camps. The ruling party largely achieved the policy of “Turkification” of Turkish economy along with many other fields. Since then, various oppressive state rules have targeted many minorities, religious and ideological groups such as Greeks, Jews, Kurds, Alavis and finally Gulenists. Member of these groups left the country as they were subjected to social genocide.

Under the emergency rule imposed after the coup, Erdogan’s government have seized or appointed an administrator to thousands of companies suspected of having links to followers of Fethullah Gulen who was blamed by Ankara for the failed military takeover.

Turkey’s top virologist Dr. Mustafa Ulasli who began researching coronaviruses in 2007, receiving his PhD on the molecular behaviour of the virus group at Utrecht University in the Netherlands following studies at the Utah University, USA, complained that the Turkish Health Ministry ignored several of his pleas in assisting the ministry with his experience, as Turkey faced a rising number of infections. Ulasli shared the destiny of thousand other health care workers and academics who were dismissed after the coup attempt. Despite the cases against him being dropped the following year, and managing to be cleared of any ties to the coup or the Gulen movement, Turkish government did not reinstate the country’s “most knowledgeable person on coronavirus” to his post at the university for him to develop Covid-19 vaccine.

Turkish opposition parliamentarian, Omer Faruk Gergerlioglu, has called on Health Minister Fahrettin Koca to reinstate Dr. Ulasli and 15,000 other health workers who could help with research and treatment, but the ministry failed to heed the call. “I reminded Minister Koca that Dr Mustafa Ulasli’s unproductive situation is one of thousands of health workers who have waited for months to offer a necessary service,” Gergerlioglu complained, stating that Erdogan government was risking people’s life.

The burning question is if the coup attempt was successful, would Turkish generals then pursue this massive purge as Erdogan has cleansed more professionals from the state organs compared to the purges of previous real coup periods.

The security forces also arrested nine other professors and associate professors from the medical faculty that participated in Turkey’s first face, arm, and leg transplants in Akdeniz University Hospital in 2012. Some of the internationally acclaimed surgeons who were arrested as part of operations targeting Gulen Movement were released years later. The movement’s spiritual leader Fethullah Gulen denies Erdogan’s accusations.

Turkish authorities even jailed NASA scientist Serkan Golge for nearly 3 years on the charge of having links with Fethullah Gulen while he was leaving his family’s home in Turkey’s Hatay province, on his way back to NASA’s Johnson Space Centre in Houston.

Some Turkish social media users claimed that scientists Sahin and Tureci’s parents had to flee from Turkey to escape prosecutions from the oppressive Turkish state, leaving patriots and Islamist Turks shamefaced and not being able to celebrate the Turkish scientist couple’s Covid-19 vaccine success.