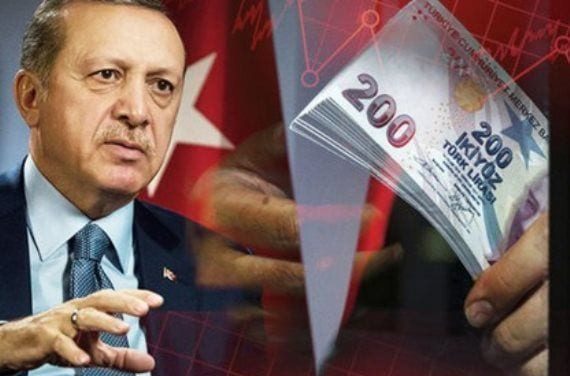 Whether uploaded on global currency policy and management websites or downloaded from my African indigenous knowledge data bank, the “… Erdogan’s lira tears not enough” headline contextually bears a big and diverse load on the government in power.

It goes beyond the Palace gates and parliament, ministry of finance and central bank buildings; it involves bleeding the Turkish people purchasing power white, spilling over neighbouring Syria; and finally it zooms on global radiations that have travelled all the way to corridors in Washington, New York, Geneva and Brussels. It unearths why walls of all national and international human rights defense institutions have been left shaking until today.

Taking off from circumstances surrounding my indigenous society, tribe mates would wonder about grounds on which a head of state would be ordered to shed tears of all kinds. Traditionally, the king never attends a funeral, which avoids possible consequent tearful conditions. “Lira” in my native language is not a currency. Its contextual use here is all about an order to cry. The question is: “President Erdogan’s orchestrated unorthodox system of the lira (currency not tears) management put aside, does he have other causes for shedding to tears?”

Yes.  And, if he still has a live and working conscience, he could exhaust all his tears like the Holy Scriptures’ Prophet Jacob, who cried extensively following the disappearance of his son, Joseph, after being thrown into a well by his brothers, abducted by a caravan, and then taken to Egypt. The current crisis in Turkey is more than that of a lira.

Symbolically, how many brothers has Erdogan cast into the well?  For example, as the world is crying about the crash of the lira, the Stockholm Centre for Freedom (SCF), reported  an 11-year-old child, Ömer Faruk Turan, dying of heart failure without being able to say goodbye to his father, who has been in prison for the past four-and-a-half years on terrorism charges over alleged links to the Gülen movement. He was handed eight years, nine months jail sentence. Isn’t that worthy of tears?

Ömer Faruk had to undergo bypass surgery twice when he was a toddler. He had a mild form of autism and was able to go to a regular school. In August, he suddenly felt ill. He was diagnosed with congestive heart failure. Several children were diagnosed with cancer after their fathers were arrested. Some of these children were unable to cling to life and succumbed to their illnesses. According to the doctors, their fragile bodies were not able to process the sorrow and affliction caused by the persecution of their fathers. Isn’t that worthy of tears?

The hands of imprisoned fathers are tied. They cannot be with their children and wives in their time of greatest need. Yet, the mothers’ situation is grimmer, given that they have to take care of their sick children and provide for the family at the same time. Isn’t that worthy of tears?

Turkey’s Interior Minister Süleyman Soylu said last month (November) that a total of 319,587 people were detained and 99,962 arrested in operations against supporters of the Gülen movement since the coup attempt.  The European Court of Human Rights and some UN bodies found on a number of occasions the arrest of Gülen movement followers to be unlawful and arbitrary. In a recent ruling, a UN working group even declared that those with alleged links to the Gülen movement are being targeted on the basis of their political or other opinions, constituting a prohibited discriminatory ground. Where is the national conscience? Isn’t that worthy of tears?

Without a grain of shame, the foreign ministry has been reported calling on the Council of Europe to avoid punishing Turkey ahead of a decision on whether Ankara could face rare disciplinary proceedings over the case of a jailed activist, Osman Kavala.

“Out of respect for the ongoing judicial process, we invite the Council of Europe to avoid taking a decision which will qualify as interference with the independent judiciary” said a statement.

Sixty-four- year-old civil society leader and businessman, has languished in jail without being convicted for more than four years, facing charges of   financing 2013 anti-government protests and playing a role in the 2016 coup attempt. Isn’t that worthy of tears?

He denies the charges and has remained in prison despite a December 2019 ruling by the European Court of Human Rights (ECtHR), which comes under the Council of Europe. The rights body’s committee of ministers, which is responsible for overseeing the implementation of ECHtR judgements, began meeting between November 30 and December 2.

The committee of ministers considered whether to launch infringement proceedings against Turkey over the failure to release Kavala last month. An Istanbul court ordered Kavala to stay in jail on November 26, even after his case led to a diplomatic standoff between Turkey and 10 Western embassies including the US.

There were unconfirmed reports that the Council of Europe agreed to launch proceedings against Turkey, after which the ministry issued the strong statement claiming an “inconsistent approach by insisting on keeping the decision on Kavala on the agenda,” and that this “first of all damages the Council of Europe itself that the existing mechanisms… are used against certain countries based on political concerns, not according to a legal and fair understanding.”

When I was winding this article, I learned that contrary to the wishes and campaign of the foreign ministry, the Council of Europe had decided to launch a sanctions process against Turkey over Kavala. There is an end for every game.

The Turkey government must appreciate the fact that in as much as it is now under the grip of the lira crisis, there are more basic issues which, when given due consideration, can even have a more positive effect on the strength of the lira in the foreign market. Selling the lira at  lower prices is not the cure.

The very fact that frequent changes have had to be made at the ministry of finance and the central bank indicates a degree of management failure. There are situations when the world does not get the entire truth behind the changes. There has been no openness. The world does not know the difference between being sacked, replaced and resigning when it comes to these two top financial management institutions in Turkey.

President Erdogan is known to hold a non-conventional method of   central banking when it comes to fixing interest rates. He is said to hold a different opinion of lower rates, which he forces on chief executives. Investors cannot come on a single account. They need a package, which includes private property ownership, rule of law and respect for human rights. Who would like to invest in a country devoid of these properties? The Erdogan government has more crises on the hook rendering its tears for the recovery of the lira insufficient.