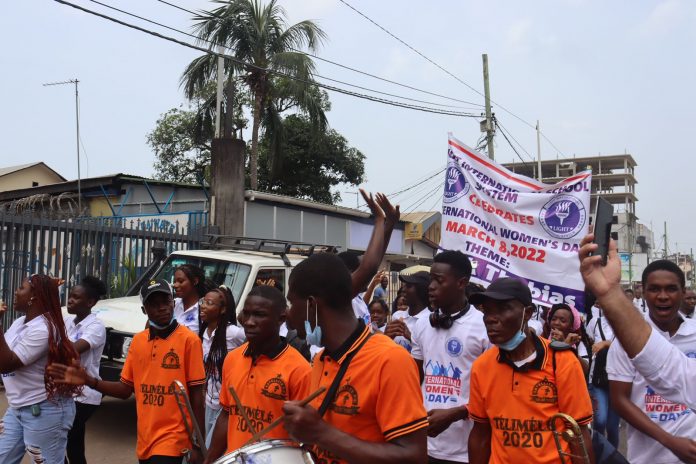 Although Liberia and Turkey had loose relationships at government level, the deportation of the Turkish teachers occurred as per the request of President Erdogan. There is no Turkish embassy in Liberia, and the same applies in Liberia for Turkey, too. Liberia and Turkey are not only two geographically distant countries, they also share almost nothing in history, culture, and politics too. While the foreign ministers made reciprocal official visits in 2014 and 2017, the presidents of the two countries have never visited each other until most recently when Liberian President George Weah met with his counterpart in Antalya at Antalya Diplomacy Forum on March 12, 2022.

A month after this high-ranked meeting in Antalya, the news of the unwarranted deportation of Turkish teachers from Liberia arrived. On April 10, 2022, a group of Liberian intelligence officials visited the Light International School and wanted to meet the Turkish staff, asking to check their passports. While the staff became suspicious and refused to hand over their passports, the officials assured them it was a standard procedure and there was nothing to worry about as they would return the passports soon. A week into the visit and with no passports returned, the Turkish educators received a call on April 18, 2022 from the intelligence agency, inviting them to an office mentioning no reason. Fearing deportation, the Turkish staff didn’t attend the invitation. The next day, shortly before the sunset, four plainclothed persons in three unmarked vehicles arrived at the school compound where the teachers lived and called them outside. 10 minutes before they could break their fast, the teachers and the members of their family were told to get into the vehicles. They were taken to an undisclosed location where they were detained without food or water. 12 Turkish educationists including the family members were kept under detention until 10:30 pm and then they were taken to the airport and deported to a third country, of which information I keep to myself for now, for the safety of the deportees, the next day in the early morning at 7:30 am.

When the incident was heard in the country, journalists dug deeper to find more about the motives of deportation and the fate of the deportees. News circulated in various media outlets wanted the government to explain “why Turkish teachers were deported”. The incident shook the students, parents, local staff and administrators of the Light International School. Parents who commented on the issue expressed their utter disappointment with the deportation decision given by the government and asked the government to stop intervening with their political agendas in the Light International School where their kids receive high quality education. They also expressed the fear of possible school administration transfer to the Maarif Foundation backed by the Erdogan regime.

Maarif Foundation is known as the organization founded to seize the Gulen Movement-affiliated schools worldwide. The foundation claims to commit such banditry for education, but it doesn’t reflect the truth. As the shadow Turkish Ministry of National Education running under direct orders of President Erdogan, the Maarif Foundation is bent on taking control of the Gulen Movement affiliated schools for using them as bases for Erdogan’s political propaganda in respective countries wherever they usurp schools. The initial step for this banditry seems to have been taken in Liberia as Erdogan’s long arm reached there too.

Light International School was established in Liberia in 2006 and has initiated numerous social, educational, and cultural projects to date. While no Turkish embassy exists in the country, the institutions founded by the participants of the Gulen Movement have been there, serving Liberia for nearly the last two decades. This latest deportation decision taken by the Liberian government has dealt a blow to the long-lasting understanding and relationship between Liberia and the Light International school. We hope the school will not be transferred to the Maarif Foundation and the Liberian government will not harm its deep-seated ties and relationship with the Light International School.