ERGENEKON caught on the bridge 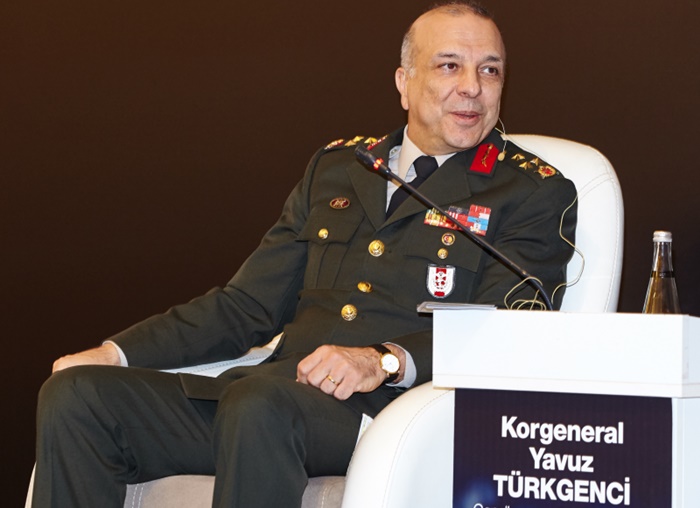 In the videos released hardly two weeks to the climax of the celebrations to mark Turkey’s Victory Day one person is highlighted. He is General Yavuz TURKGENCİ. To be exact, the date is 19th August and it is fifteen days after being promoted along the tradition by the 2020 High Military Council (HMC).

To anyone versed with Turkish coups and their aftermath explained very briefly in the first article, his case is not different from those of Ergenekon and Sledgehammer. Rather than being sent to court, he was actually promoted from the rank of colonel to general during the trials.

Lieutenant General Yavuz Türkgenci, who was the Chief of General Staff Plans and Principles, was promoted to the rank of Lieutenant General after the 15 July 2016 coup.  Like father like son, Turkgencin’s father took office as a general during the 12 September 1980 coup!

General Turkgenci’s name appears in the book of Istanbul Police Chief Mustafa Calıskan carrying striking photographs taken on that night by Aydınlık newspaper reporter and special interviews. He talks of “the presence of starred generals capable of making ones feet tremble. Commander Yavuz Bey was giving us morale throughout the night, warning the putschists … and turning to patriotic forces showering praises on them and their ability to counter the putschists.”

There is every evidence to prove that on the night of July 15, 2016 Yavuz Turkgenci, the commander of the 52nd Tactical Armored Division of Istanbul, to which the 2nd Armored Brigade and Hastal Brigades, which are the troops going to the airport and the Bosphorus Bridge are also affiliated, was active in the area where the military students were brought.

Likewise, it seems that the commander who left the only tank in Ankara, General Metin Gurak, was on the same mission.  According to the statement of Mustafa Çalıskan, Yavuz Turkgenci was on the bridge as a civilian that night. So, the question is: Does this have any connection with bringing the cadets to the bridge and driving some of them to death?

In addition, in the book of Police Chief Calıska there were reports of  “… sending the patriotic soldiers to suitable places to fight the putschists.” In his statement, there is no information about the details of which patriotic soldiers he led and where.

Although General Turkgenci cannot be directly accused over the flow of events on the bridge as published on the twitter account, there are still many questions that beg answers. What was this Lieutenant General doing there on that day? Why did he hide his identity instead of joining his own troops? On whose orders were the troops working?

Did he co-ordinate with his superior, General Ümit Dündar, who was also at the bridge that day? Did he appear in court as a witness to what happened to the cadets on that day?  If he did appear, what did he say about bringing cadets to the bridge, opening the road, and the fate of the cadets?

He was not alone. Who else was there?  Who provided the steel vest which is not in TSK (military) inventory?  Was the bridge cleared of the cops so that the hit-men could operate freely without interruption?

The timing of the release of these images should not be overlooked. Four years after the so-called coup may not be of much relevance. But being published 15 days after General Yavuz Türkgenci was promoted should be relevant!

Although various reasons can be put forward, it is understood that the groups that worked together on setting the July 15th trap, due to rivalry, were now individually trying to steer clear of possible criminal action and save their individual skin.

Over this aspect there are several schools of thought. The first looks at it from the current struggle between the Nationalist front, which recently split into the Aydınlıkist-Odatv-Perincek group. Two, the account spreading the video insistently marks General Turkgenci as MIT (member of the Turkish Intelligence) and draws attention to him while discrediting the message.

Three, if it is taken by the Odatv group that he helped the regime-Fidan group in the trap it will amount to betraying the other nationalist team against Muyesser Yıldız, who was arrested by the Regime-Fidan group with bait information, for revenge. Or lastly, in the simplest of terms, there may be purposeful possibilities to reveal the innocence of the cadets and influence public opinion.

We can say that the headline of the day is “ERGENEKON caught on the bridge”. In fact, I do not find it bad that the groups trying to destroy July 15th are leaking information. Everything will become clearer as time goes on. The critical thing here is to pick out vital information paying attention to the TRUTH about the matter and without being victimized or bogged down by the perception process.

Such deciphers will continue. As a result, this will show that Turkey was founded on July 15, this time with a bigger and more intricate intrigue. The cadets were thrown out of sight into the fire. They are innocent but serving life jail term sentences just like ERGENEKON was sent to prison for a crime that did not exist.

At the end of the day, the world will know that a suspect cannot be shot in the chest when running away from law enforcers. Just as technological advancement of the 21st century notwithstanding, putting Gulen at the centre of the so-called coup from thousands of kilometres from the scene, equally beats logic. It is escapism.

While Ataturk took every step, out of the ordinary, to raise society respect for women, today these are imprisoned with their children because their spouses are suspected of being Gulenists. There is a nine-year-old Turkish boy who died of cancer because he could not get the government go-ahead for treatment abroad. Reason? Because his father is a Gulenist!

On 30th August Turkey reaches the climax of celebrations to mark the Victory Day. Where does a country find victory minus the soldier?  How many soldiers will be ‘celebrating’ the day devoted to their profession in prison on framed up charges?

If Ataturk were to come back he would be deeply disappointed. The regime he founded is disintegrating before it completes its 100th year. His army of which he was the chief during his time is crumbling from the inside. One day the truth about the so-called 15 July 2016 Coup will unfold. When? Time will tell. In Africa we say, “if you tell a lie, it does not take long to dawn” when the truth unfolds. (1,154 words)