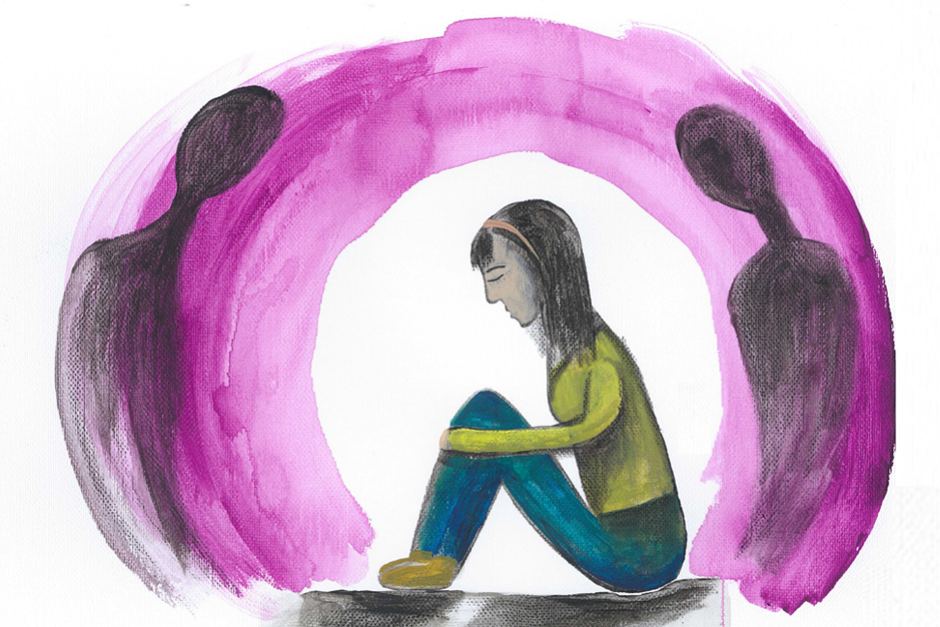 I receive a WhatsApp chat. “SCF on Twitter” it is capped. “Female students strip-searched, denied…” it flashes. I go for it. My eyes land on “Bold Medya”.  I know the SC Forum. It zooms on Turkish issues. But, I ask myself: “Which is this Turkish Bold Medya that has survived the Erdogan media hammer mill?  I learn that the reference to “bold” is the same we have in the English language. And “medya” is Anglo-Turk. With utmost curiosity I visit the respective site.

I am greeted by a photograph of two relatively shy females, walking in single file (faces down) with COVID-19 masks and in hijab headgear. On their right is somebody hiding his face away from the camera.  Then the shocking story follows.

Turkish police are said to have strip-searched female university students in their late teens!  The victims are not simply the two I see in the picture. The story is about 23 of them having been subjected to the inhuman exercise. It’s not worth the name of practice.

My brain meanders in wonder and some level of anger. I remember centuries before Christ born and morals philosopher Socrates stance on ethics, his life, words, and conscience. He chose death to doing anything against his conscience even though charges against him were not conclusive and he could still escape. Here are Turkish law enforcers treating their innocent kin – not foreigners– contrary to any humane law one can think of under the sun.

I imagine. This is all taking place in Turkey. I wish I knew some relevant Quran verses. I cannot even pretend. But from the little that I have read with Muslim friends about Prophet Muhammad, peace and blessings (be) upon him, he is on record for commanding the treatment of women with dignity and respect regardless of their faith, how they are dressed, where they are from or the colour of their skin.

Cruising through the Bible, I have an inexhaustible collection about the woman’s dignity. But the following very brief summary should suffice to send the message home.  As a general principle, in Peter 2:17, it is said: “Honour everyone…” In Romans 13:7, we have to “pay…respect to whom respect is owed, honour to whom honour is owed.” And then specifically for the woman, we are told in Proverbs 31:25: “Strength and dignity are her clothing…” This rules out “strip-searches.”

From the victim’s mouth, a narrator of the female students’ ordeal told BoldMidya their experience involved   (God forbid) taking off their underpants. For five days running, they were not let to sleep at night. They had to put up with insults. They were forced to sign papers “to acknowledge fault.”

Reading between the lines of the volunteered essence of information, who can rule out a more serious story unfolding from the incident upon a proper and independent inquiry? Otherwise, what are they reported to be ashamed to talk about?

According to Turkish customs, females are not allowed to expose their bare heads in front of males worth their spouses. Today these prospective brides are ordered to remove their underpants for strip-searching. It’s unbelievable. But it has happened under the government very nose.

On the home front, this is a violation of a Turkish norm of life. Worse, it also contravenes Turkey’s own Law No. 6284 on the Protection of Family and Prevention of Violence against Women. The worst scenario is breaking Turkey’s Constitution which is the mother law.

Regionally, this is in breach of the Council of Europe Convention which prevents and combats violence against women and domestic violence. The regrettable side of it is that this is referred to throughout Europe and the rest of the world as the Istanbul Convention. It is unfair to have Turkey standing the king violator of this European protocol kept in world records in its name.

Globally, what does Turkey want fellow member countries of the United Nations to do with the Universal Declaration of Human Rights to which it is signatory?

Back to the strip-search victims. Do you know what wrong they did to their government? They are alleged to have affiliation with the Gulen movement, associating with other students and renting a house.  What else could the world expect from university students?

And then as if this alone was not enough, the strip-search acted almost as curtain raiser to the four-day official Turkey visit of the European Court for Human Rights (ECtHR) President Robert Ragnar Spano. What a disastrous timing? More than 16% of cases before the Strasbourg-based court have been filed from Turkey.

Finally, the people and economy of Turkey are definitely negatively impacted by the state of affairs in the country. No doubt about that. But is Fethullah Gulen and the Hizmet Movement the real cause to all this?  I tend to buy some expert views about the Turkish situation.

One Dr. Steve Gilliland had this to say: “We see Erdogan using a very benign, very supportive group such as the Hizmet Movement as a means of creating fear in the minds of people so that he can enhance his own power, and I don’t think it is going to work.

“On a short-term basis he may have some success in this, but the Turkish people are smart enough to not be fooled by these types of lies. My statement to the people in Turkey is; find out what the Hizmet program is all about, read the philosophy of Fethullah Gulen, and realize where they are coming from, instead of listening to the politicians. Go to the source.”

In the circumstances of national ethics and conscience going under, there is need to instill accountability before Allah in the young generation while re-instilling the same in the present leadership. In Tanzania we have a famous formula left behind by global statesman Julius Kambarage Nyerere. It reads: “It can be done… Play your part.”

But Turkey needs more than that. The country needs a theorem, which is going back to Allah. The good thing with theorems, like ethics and conscience, is that they do not change. They are simply applied.  Prosecutors, judges, doctors and army chiefs still in Erdogan’s good books must revisit their professional oaths and listen to their consciences. Only then can Nyerere’s “It can be done” come true. (1,076 words)