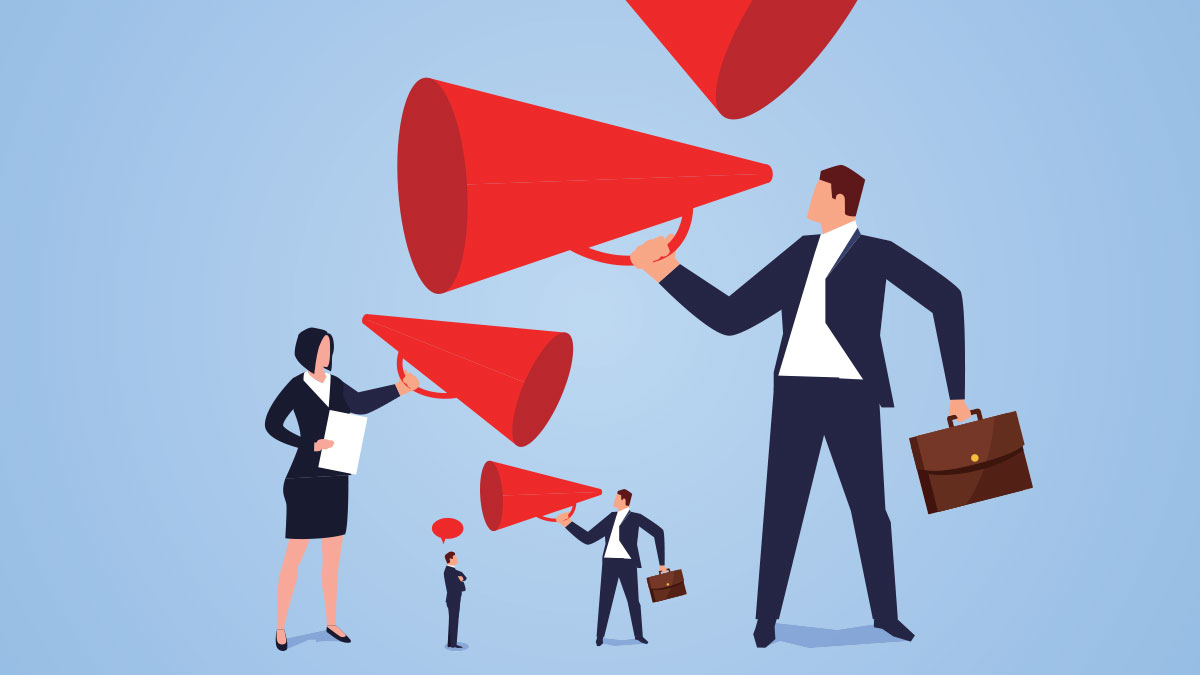 Criticism is an analysis or a composite. Both types of criticisms have their own edificant characters. The real power and value of criticism are determined exactly by this edificant side of it. Bewailing for the things that are not possessed, lashing the past because of the sufferings, or constantly complaining about things or people cannot be named as criticisms but could only be some kind of grumbling or judging. Although these actions might be viewed under the criticism telescope, they are nothing more than mere instruments which are exploited in order to get rid of guilty conscience or eliminate political rivals

Criticizing an idea or a philosopher and sometimes different opinions within the same field by approaching the accumulation of the historical knowledge makes way to the original major ideas. Just like the German philosopher Immanuel Kant (1804) who produces his own epistemology in Critique of Pure Reason (Kritik der reinen Vernunft) from the criticism of empiricism and rationalism. Deep analysis of the criticized subjects and constructing its own idea with a new synthesis are testaments of the real power of criticism.

Theodoros W. Adorno (1969) and Max Horkheimer’s (1973) Dialectic of Enlightenment originated from the ideology of the Age of Enlightenment (Aufklärung) is an important example of procreative and constructive criticism. In this work, the wisdom produced from this ideology and the instrumentalization of this wisdom is criticized within the scope of criticisms and opinions of philosophers such as Hegel and Gramsci. This work, which demonstrates how social and historical elements have an impact on ideas, also criticizes despotism and totalitarianism which they claim were originated from a single perception of rationality. The authors presented their own understandings of society, politics, and culture via the criticism of the Age of Enlightenment.

Al-Ghazali’s (1111) famous book Tahāfut al-Falāsifah (The Incoherence of the Philosophers), where he expresses criticism to the philosophers, had such a great impact on the Islamic culture after his life that it virtually revealed a new type of chronicle. In his work, Imam al-Ghazali criticizes Avicenna’s (1037) ideas in the Metaphysics section of his corpus Kitab al-Shifa (The Book of Healing). Averroes’ Al-Kashf ‘an Manahij al-Adillah (Exposition of the Methods of Proof), where he criticizes Ash’ari theologians, is another important work that demonstrates the power of criticism. Averroes does not only criticize the conclusive force of the pieces of evidence provided by the theologians but also presented his own ideas and proofs about the main topics of theology such as oneness, prophethood, and the last judgment.

The discipline called “criticism of dignitaries” developed by the hadith narrators was condemned by some of the devotees in the beginning. They criticized the critics by citing “You are backbiting the good people who passed away and probably went to heaven”. However, they tried to legitimate their actions and responded; “We are doing this for Allah’s mercy and to protect His religion in order to verify the hadiths/sayings whether they are true or not”. No matter how well-intentioned they were, these criticisms always had reflections of human imperfectness such as prejudice, selfishness, and envy. In order to minimize such subjective remarks, hadith narrators ignored the criticism of the peers about each other and approached the criticism about the people who had different opinions restrainedly. They did not accredit the critics who exaggerated their criticism, and they did not focus on the hadith narrators who adopted a merciful and conservative pattern and routine but rather accredited narrators who brought scientific criticism into the forefront.

The fact that Islamic scholars found it necessary to know the past opinion and evidence and criticize them in order to present a judicial opinion about a case ensured a very rich criticism culture to rise throughout the Islamic law since the first period. It is possible to see different levels of judicial discussions in “İlm-i Hilâf” (books about contradicting opinions) books which focus both on comparative fiqh studies and researching different opinions

Unfortunately, the prospering studies focused on the criticism of law, philosophy, and the news was not successful equally in the social and political fields. Said Nursi, who stated that the poets complaining about injustice and immorality in their poetry should be acknowledged as political criticism, also points out that political criticism is extremely limited.

It is also possible to acknowledge the criticism of the Sufis, who are from the Malamatiyya mystic group, focused on morality as examples of the culture of individual and social criticism. For example, the famous verse of Shaykh Al-Islam:

“Do not come to the mosque but the tavern,

There is no hypocrisy here nor any lie.”

Unfortunately, the culture of criticism developed throughout the shining era of the history of Islamic education was not always equally effective on the people. Since the understanding of critical thinking was not established enough, the people had always been always exposed to propaganda especially during the times when ignorance was widespread.

Political opposition cannot be done merely by taking sides with the right one and propaganda. In general, the ones who called for chaos and escalated both sides happened to be the ones who ran off before anyone. People of Kufa, who stated their dissatisfaction with Yazid, the Caliph of the Ummayad, and also sent letters to Husayn ibn Ali and called him to their town, did not hesitate to deliver Husayn to the tyrants in order not to get hurt by the hands of the tyrants they criticized. After Husayn’s martyrdom, they started to complain again, mourned, and they started an uprising called the movement of Tevvabîn (the repentants) to avenge Husayn ibn Ali which was just like a mass suicide and caused a lot of blood to be spilled once again. The people who promised and made propaganda in this incident were the ones who left the battlefield before everybody.

Al-Hajjaj ibn Yusuf hanged Abd Allah ibn al-Zubayr, who was a companion of Muhammad (PBUH), and his mother approached Abu Bakr’s daughter Asma bint Abi Bakr, pointed his still-hanging son, and said “See? He disrespected the Kaaba and got himself in trouble”. Abd Allah ibn al-Zubayr demolished the Kaaba and reconstructed it according to the advice of the Prophet (PBUH), and Al-Hajjaj ibn Yusuf destroyed it with a catapult and burned it. He brutally slaughtered people inside the area of Harem where even pulling off a piece of grass is prohibited. Then, he claimed, possessing the usual arrogance of a winner, that his political competitor faced his punishment as a result of his own mistake. The opinion of Abd Allah ibn al-Zubayr about the Kaaba could be criticized, but the type of this criticism determines his morality.

The people appointed Ali ibn Abi Talib as the arbitrator and was forced to make an agreement during the Battle of Siffin, and they called him to self-criticize after the arbitration failed. They said; “You made a mistake, come and repent”, and since he was not having any of it, they revolted against him and formed the first political party called the Kharijites in the history of Islam.

It is very easy to manipulate criticism about administration and management. The significance and consistency of political criticism are related to the evaluation in terms of time, addressee, and opportunity. A criticism that was a virtue in some period might turn into a sign of weakness in the process of time.

The most significant difference that separates political criticism from complaint, grouch, and condemnation is the results that will be revealed by the criticism. One of the important points that separate criticism about political manners and administration from the theoretical criticism based on sensible evidence is the timing. Indeed, it is a fact that individuals and communities must be criticized and be open to criticism. However, the moral measurement is the timing when criticizing the oppressed and the victims.

Professor Ayhan Tekines is an author and scholar. He was a professor of theology at Hena e Plote Beder University, Tirana, Albania, where he was also the Dean of Faculty of Arts and Sciences. Previously, he taught at several schools of theology in Turkey. His research focuses on hadith (the Prophetic traditions) and particularly in the field of Tibb al-Nabawi (the medicine of the Prophet). He is the author of various books including The Virtues of the Holy Qur’an. 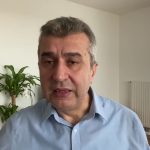 PROF. AYHAN TEKINES
Professor Ayhan Tekines is an author and scholar. He was a professor of theology at Hena e Plote Beder University, Tirana, Albania, where he was also the Dean of Faculty of Arts and Sciences. Previously, he taught at several schools of theology in Turkey. His research focuses on hadith (the Prophetic traditions) and particularly in the field of Tibb al-Nabawi (the medicine of the Prophet). He is the author of various books including The Virtues of the Holy Qur'an.
RELATED ARTICLES
Experts