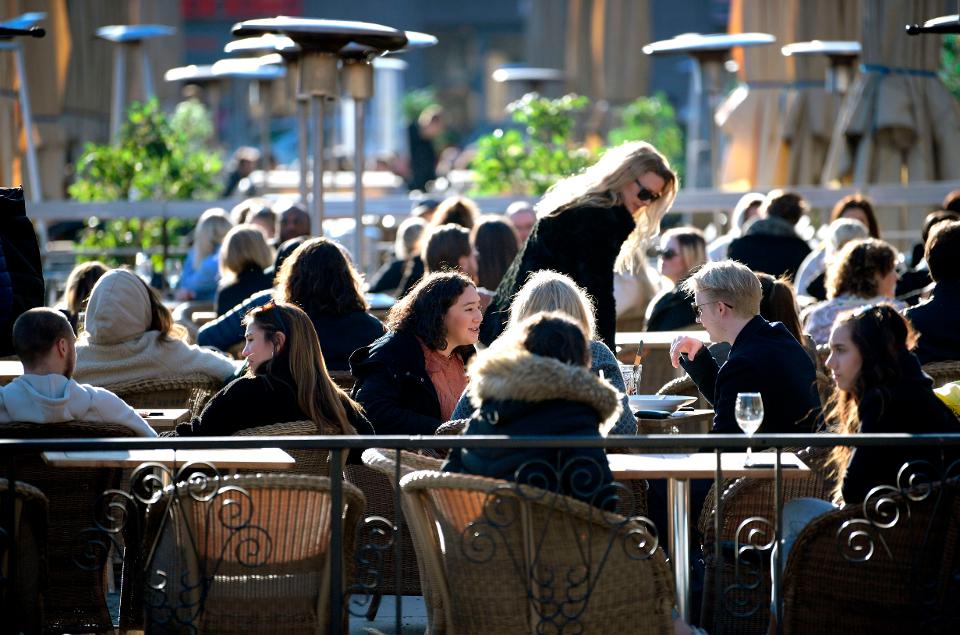 In this article, I would like to talk about the different strategies of two Scandinavian countries Finland and Sweden regarding Covid-19 outbreak.

On December 1st, 2019, the virus epidemic, which appeared in Wuhan, the capital of China’s Hubei region, took action to spread all over the world.  The news were shaken with true-false information with the “Covid-19” virus and each media outlets described the possible effects of the virus.

In Finland, in the early days of the outbreak, when there was no fear yet, Finland locked down all institutions, although the number of cases were far behind than other countries. The aim was to minimize the risk. After the outbreak report submitted by the Ministry of Health and Welfare to the Government, restaurants, schools, workplaces, cinemas, gyms, theaters, ski resorts, borders were  all closed down.

The people were acting as if they had a curfew since February in Finland. With the effect of being an individualist society, they quickly adapted to “social isolation”. They succesfully maintained the social distancing.

But the situation is very bad for me. This individual quarantine cannot last long.  I scanned the newspapers immediately, the situation could not be so bad.  I understood everything but what is the closure of all schools? How is it decided to take classes online? How will the minors in elementary schools adopt themselves to online schooling?

Because children receive primary school education at home is equivalent to parents being teachers.

It turns out that Finland was using a different model for the ‘Covid-19 outbreak’. It has followed a preventive policy in order to keep the country under.

The Ministry of Health and Welfare prepared a report to the Government to close common areas and institutions. Authorities are persistently applying the model for now.

How is the situation in nurseries? The nurseries have always been open since they are not considered as a risk group.  It was published a week after the closure of the schools that parents who want to send their children to school, considering the difficulty of having classes at the 1st, 2nd and 3rd grade at home and not in the risk group.  How come?  Nobody other than children and staff can enter school.  Parents leave the children 1.5 meters before the door.  After the door opens and the student enters, the parents return to their home.  Children disinfect their hands as soon as they enter school.  In order to send the child to school, you sign a paper within the scope of volunteering.  So it’s a document that sending the child to school is entirely at your discretion.

Social distance is also preserved in the classroom. Common areas such as the gym are closed.  Students can only enter the classroom they need to be.  During the recess, they are already obliged to be outside in the school garden.

Sweden, one of the other Scandinavian countries, closed only high schools and universities in contrast to the Covid-19 alarm in Finland; It keeps nurseries, primary schools, restaurants, taverns, cafes, night clubs, cinemas, shopping malls, gyms, theaters, ski resorts and borders open.  Public spaces continue to be open.  Life in Sweden appears to be largely maintaining its usual flow, as usual, but it is not.

Authorities are contented with washing their hands frequently, as they do all over the world, not getting too close to others, and not getting into those over the age of 65. According to the Swedish government, citizens are forced to take their own precaution.  It makes no sense to ban everything.  As responsible individuals, we are aware of our responsibilities and we must act accordingly.  In Europe, more than 2 people were banned from gathering in most countries, while in Sweden this limit was 500 people until March 27. Now  it has been 50 people.

So why is Sweden acting differently? Although neighboring countries Finland and Sweden have similar cultures, why do they act with the opposite in practice?

Experts say that the two policies pursued are based on science, not on any other idea: “We appeal to the public’s self-control and personal responsibility.  This is how we work in Sweden. Our strategy to combat epidemics is based on the principle of voluntary participation.  We give people the option to decide for themselves what is good for their lives. We have trained our people. We value education. Our experience shows that this is the right way. ”

Although the people of Sweden, are kept open, they choose the minimum way to use the spaces and perform their self-protection methods in the light of their free will without feeling the pressure of the state.

How is it possible to implement such a voluntary strategy? Because the Finnish People and the Swedes are two of the highest educated people in the world. They have great trust in public institutions and each other. In Scandinavia more than half of the households consist of one person; Young people who are 18 years old live separately from the family, even if not for education. The Government supports this.  Unlike the Southern European countries, people do not come together very often.  They do not leave the house if they have a little cold. Employers also support this because they never want them to come to work and spread disease.

Scandinavian countries are among the social welfare state and the most developed countries in the world.  It is very common in these two countries to work from home via computer and internet.  The system supports joining the workforce from home as long as there is no need to go to work and they can follow the work from home.  Scandinavian society has perhaps the most advanced collaboration culture in the world. Institutions, companies are always acting together and in solidarity.  The constitution paves the way for democracy and prohibits one man system. It does not allow powers to be concentrated in the hands of the government. Political power cannot interfere with the affairs of autonomous public bodies. Therefore,   Ministry of Health and Welfare is the only authorized body which decides what to do about the corona epidemic.

Well, the most important question in this case is; “Do the Swedish and Finnish community approve the policy being followed?”

According to the opinion polls, the majority in these two countries support their Government’s policies, even though there are journalists, activists and opponents who harshly criticize the policy pursued. For example, the country’s leading journalists aggressively criticize the government. They write that Sweden should take Finland as an example and close the country. Two thousand well-known university lecturers and researchers have now issued a statement calling for radical measures.

In fact, another situation not mentioned in Sweden, where the mortality rate from the virus is more than twice that of its Scandinavian neighbors.

Finland has the opposite idea. The government believes that is obliged to protect the public in the happiest country in the world and that this process will be overcome slowly and stress-free with minimal interaction.

“In a democratic society, of course there will be debates.”

Unfortunately, in Scandinavian countries, as in other countries, anxiety prevails in discussions. “Alternative data, rumors and conspiracy theories,” replace facts. Scientific approach, research findings are questioned based on insufficient evidence.

Probably Sweden insists on its own unique way and, if necessary, makes regional and institutional changes to overcome the problem with minimal damage.