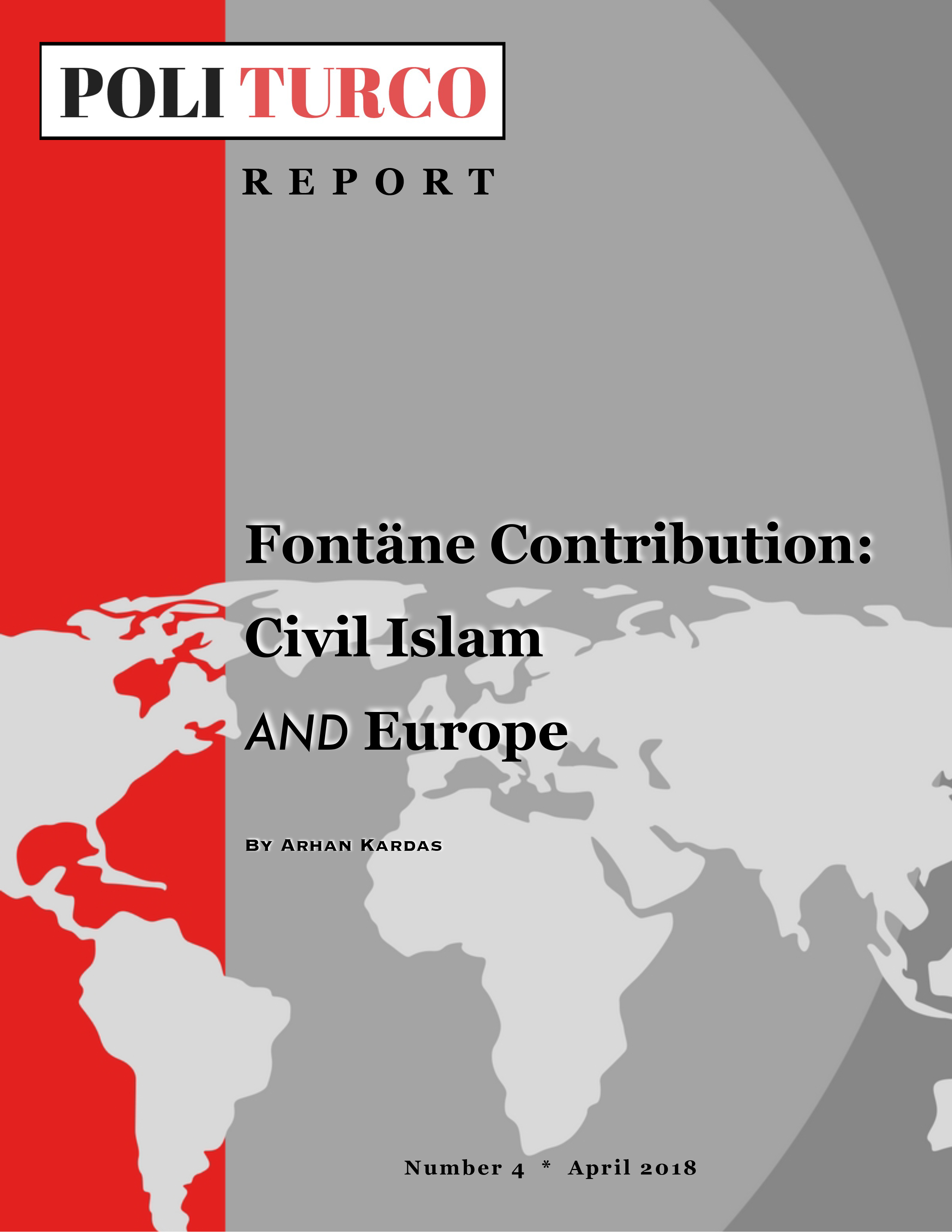 All Abrahamic religions first established themselves as civil engagement and developed over time either merely civilly or civilly and politically. The length of time Judaism, Christianity and Islam required to establish themselves differed. Judaism needed only one generation in order to establish itself in Jerusalem under the leadership of Joshua.

Christianity, a civil religion, only became politicized 300 years after its creation. Islam, on the other hand, could establish itself within 23 years as a civil and political entity in Medina. From this perspective, one could speak equally about political Judaism, Christianity and Islam. The fundamental question is whether in principle the religions aimed to build an apparatus of state or to design a society or rather a community. Are they in their essence political, or do they have the potential for politicization? Are they communities of values or rather state ideologies? We cannot fully answer these religious-sociological questions in a short article. The designation political Islam is used for certain Islamic tendencies which attempt to resolve the problems of Muslims within the boundaries of lawful politics.[i] Starting from the term “political Islam,” in this article we want to attempt to portray another Islam, namely civil Islam.

“Civil Islam” is not a common term in our society.2[ii] I use the term civil Islam not only in contraposition to the expression “state Islam”, but also to the common term “political Islam.”[iii] In a departure from these terms, “civil Islam” (Arab. el-islam el-medenī) means a values and contract-based manifestation of the Islamic religion whose principles and objectives were represented socially first in Medina between 622 and 661. In contrast to the pre-Islamic name of the city of Yathrib (Arab. place of rebuke and vilification), the Prophet changed the city‘s name to “Medina” (Arab. place of justice) and emphasized therefore the literal meaning of the concept of the primacy of the law and justice.

The values of civil Islam could no longer gain acceptance in the administrative machinery after the uprising of Medina against the first Umayyad King Yazīd ibn Muʿāwiyah, the battle of al-Harrah and the subsequent three-day plundering of the city in 683. Since then, the sultanate (then called “Hiraqlīa”)[iv] was a regime in which the administration of public concerns was no longer decided through consultation with the people, but rather by powerful dynasties. It subsequently let to a politicization of the Islamic religion, which repressed civil Islam in Arab-speaking areas over the span of a thousand years.

The Islam of Medina―in other words, civil Islam―placed great value on democracy-like participation in decision-making processes. In this, it made use of certain Quranic principles such as the oath of fealty (beyʿa) and consultation (schūrā) and attempted to establish a consensus among the population on the formation of the government.

Politics is neither a part of faith nor of Islam

The Islam of Medina differed significantly from the Islam of Damascus, the capital of the Umayyad dynasty, from Kufa, later the capital of political Shia Islam, and from Al-Hijr, the meeting place of the Khawarij near modern-day Riyadh, Saudi Arabia. The Khawarij groups from Najd and Al-Hijr, who advocated a type of anarchism and punished grave sinners as apostates with death, stood opposed to the Shiites from Kufa, who saw Hussein as the sole heir to the Prophet, due the political office of the caliphate, and consequently understood state policy to be an integral part of the Islamic faith. Medina represented in this discourse the „voice of reason“; it was a values-based community for whom politics was not an essential prerequisite of faith or Islam. Moreover, the Islam of Medina preferred the leader of the community to be selected in accordance with the principle of choice. Thus, civil Islam is not indifferent to politics and does not aim to seize political power. It merely endeavors to create with its values an ethical framework, among other things, for humane politics.

Following the assassination of the third Calif of the Prophet Muhammad, Uthman (d. 656), his successor Ali ibn Ebi Talib (d. 661) moved to Kufa for six years, where he sought to implement the values of civil Islam with the support of the scholar Abdullah ibn Abbas (d. 688) and prior to that of Abdullah ibn Masud (d. 652). However, he could not long resist the politicization of Islam by the Shiites and the Umayyads. His community had to flee without political leadership first to Kurdistan and then later to Persia and finally to Transoxiana. Due to the limited influence of the Abbasids from Baghdad and the Umayyads from Damascus, civil Islam could establish itself in Bukhara, Samarkand, Fergana, Balkh and neighboring cities, as well as in Khorasan. The Samanids (819–1005) and Ghaznavids (977–1186), as well as the Karakhanids (960–1213) and later the Seljuks (1040–1308) were shaped by this understanding of Islam. In contrast to the Arabs, the Turks and the Persians had an established political system, which is why they took on Islam primarily as a doctrine and religion and not as a political view. In the nineteenth century, the doctrine was developed that Islam was a concept of state as well as a religion. On the other hand, others highlighted the universal spirit of Islam.

Representatives and those who substantively shaped civil Islam, according to their scientific field

All of the above-named persons are without exception of Central Asian (Turkish-Persian) origin. The ninth and tenth centuries saw an Islamic renaissance or enlightenment in all scientific fields and societal institutions, which lasted regardless of political clashes into the fourteenth century.[v]

The goal and purpose of civil Islam is the perfection of man, so that he achieves proximity to God. Political Islam puts the state and governance in the foreground.

For civil Islam, the Quran is an instruction for life. But for political Islam, it is a state constitution.

Civil Islam understands the umma (community of believers) as encompassing (inclusive) and dynamic. Political Islam on the other hand sees the umma as exclusionary (exclusive) and static.

Civil Islam favors absolute justice in society. The right of the individual may not be sacrificed for the benefit of society. Political Islam stresses relative justice, which for the most part allows the hegemony of the majority. It is legitimized through the principle of the lesser of two evils.

Civil Islam views this world as the house of service (dar-ul-hidme) and the hereafter as the house of reward (dar-ul-udjra). Civil Islam does not recognize any territorial divisions of the world when it comes to the service of humanity. Political Islam, on the other hand, divides the world into two camps: the house of peace (darul-islam) and the house of war (dar-ul-harb), which leads to a continuous fight between these two poles.

Recommendations for the establishment of civil Islam in Europe

[ii] As far as I am aware, this description appeared for the first time in an article by the Muslim intellectual Ali Bulaç, in which he discusses the position of the Gülen movement with regard to the role of its founder, Fethullah Gülen: Bulaç, 108–146.

[iii] The main features of civil Islam originated with the renowned theologist and jurist Abu Hanifa (699–767), who differentiated clearly between the political dispute and the theological justifications: “He said, fight the rebels because they are rebels and not because they are non-believers, and be with the righteous and just side” (Abu Hanifa, En-Numan, el-fiqh-el-ewsat, p. 131).

[iv] This designation is from Abdul-Rahman ibn Abi Bakr, the first son of the first caliph, who used it vis-à-vis the messenger of Muʿāwiyah ibn Abī Sufyān, when he demanded the oath of fealty to his son, Yazīd ibn Muʿāwiyah, from the notables of Medina. The then-governor of Medina, Marwan ibn al-Hakam, said that Muʿāwiyah had chosen his son as his legitimate successor for the community. Abdul-Rahman countered: “Oh God, you lie Marwan! And Muʿāwiyah lies too. Neither of you wanted the best choice for Muhammed‘s community. On the contrary, you wanted to turn the government into a Herakleiosismus. Whenever a Heraclius dies, another Heraclius comes and governs” (Ibn el-Ethir, Vol. 3, p. 507). Abdul-Rahman was referring to the ruler of the Middle Byzantine Empire, Heraclius, his son Constantine  and his grandson Constans II, as well as the dynasty he founded. He compared Muʿāwiyah ibn Abī Sufyān‘s intention with that of the Byzantine regime and found it incorrect, from an Islamic point of view. Although the Umayyad rulers called themselves caliphs, to this day representatives of civil Islam see nothing but a thin disguise for the terms “sultan” or “king”. Thus, adherence to the principles of civil Islam ended with the murder of the fourth caliph Ali and the six-month reign of his chosen  son Hassan ibn Ali. 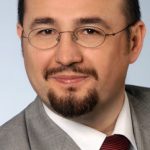 THE ‘INFINITY GAUNTLET’ OF THE AUTHORITARIAN LEADERSHIP

The Primordial Human Nature and the Future of our World