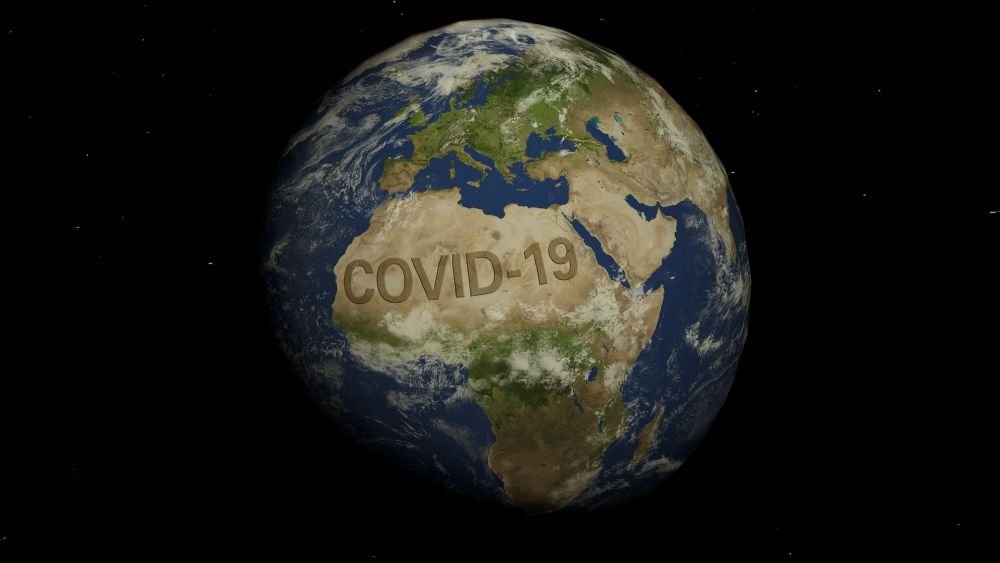 Imperialism distinguishes itself in its ability to take advantage of misery or to create misery in order to exploit a targeted place or people. The more brutal an empire builder is, the more likely he is to succeed the imperialist is likely to be.  It is happening right now with the coronavirus global misery whose real origin is shrouded in geopolitical disputation between China and the Conceptual West. One side claims that the coronavirus was a serious accident involving the Chinese eating habits and other lifestyles. The other side asserts that the coronavirus was a result of deliberate biological laboratory experiments involving American and Chinese scientists. Both arguments sound plausible and the truth may be somewhere in between science/technology and an awful accident from Chinese lifestyle.

The warnings about the possibility of coronavirus outbreak and the need to prepare for it existed for a long time but they were ignored. In his last term, US President Barack Obama pleaded with the Congress to adopt a bi-partisan approach to anticipating and preparing for the coronavirus outbreak. Microsoft tycoon Bill Gates had the same message about a viral spillover that would confound science and technology. There were other ignored warnings of the threat to world populace. Although science and technology were advancing towards the destruction ends, policy makers failed to prepare for those ends probably because they were occupied with old-style geopolitical chess games.

The two, science/technology and accident converged at Wuhan biological laboratories where Chinese and American scientists were in experimental collaboration. Among the animals in the nearby Wuhan market were bats and other animals. The pangolins are often smuggled from African countries to China and North America, the biggest markets for pangolin products. Elaborate and powerful cartels comprising of the Americans, the Chinese, and the French ensure that the supply does not die as they deplete pangolin presence in Africa. The Chinese use the pangolins for luxurious ornaments, medicine, food, and as aphrodisiacs to boost elite potency. France has sought collaboration with China in their operations in Africa.

Although coronavirus has hit the imperial countries in the West and in China more than it has hit African countries, there still an element of racism in the way they look at Africans in their midst. They have started blaming the head of World Health Organisation, WHO, an Ethiopian, for their failure to prepare and respond to the coronavirus disaster. Current world powers  and would be world powers are confused as to their inability to deal with coronavirus the way the deal with “threats” of the land, maritime, air, space, and even cyber domains. The United States, Russia, China, France, or even Neo-Ottoman Turkey operating in Syria, Libya, and Somalia in old ways failed in the global leadership test in times of crisis. As the figures currently stand in terms of infections and death, the United States, Italy, Spain, Britain, and France lead the way, each with over ten thousand dead people. France is an overall fifth in rank as the pandemic victim. Yet imperial France still has time to “strategise” on how to exploit coronavirus in Africa to effect regime changes.

Political leadership in France has problems with itself and the world. Its president, Emmanuel Macron does not like, or have, children, he believes that Africa suffers civilizational problem of loving many children. It is not new thinking. In December 1974, US Secretary of State Henry Kissinger, for instance, had the Kissinger Report on how to reduce population growth or promote “fertility decline” in poor countries, National Security Memorandum, NSSM 200, which is still in place. With France having a say in the world of intellect and geopolitical noise making, it gets some listening as it pushes its purported interests. Those interests lead to destabilization in Africa. As two supposed academics discussed in the media how they could do their vaccine experiments in Africa and still be safe, official strategists in the French Department of Europe and Foreign Affairs Center for Analysis, Forecasting and Strategy crafted a Diplomatic Note titled “‘The Pangolin Effect:’  The Storm Coming to Africa?”.

Seemingly gloating over Africa’s lack of resources and other inadequacies, the document called for discrediting African political elite by accelerating political failures. This was in order to “find other African interlocutors to face this crisis with political consequences.” Turning the populace against the state for failure to respond properly to socio-political and economic crises in Africa is therefore the name of the French imperial game in Africa. The French may not be the only ones thinking that way about misusing the coronavirus in Africa; they have just become noisier than the other imperialists. They are also short sighted.

Imperialism applying such chaos manufacturing strategies is normal; it only varies with the intended victim. Naomi Kline, in The Shock Doctrine and the Rise of Disaster Capitalism, had it right about crisis/chaos manufacturing as imperial strategy to force countries into the desired line. In its dealings with big powers between 2005 and 2008, Kenya tasted a bit of this chaos manufacturing strategy; it has yet to recover from that “shock”. France appears to be at it, this time targeting more than one African country, using the coronavirus excuse.

In its “Pangolin Effect” document on Africa, imperial France sees “the triggers for the political crisis … [taking] many forms: too many deaths … [investors leaving African countries] economic factor triggering the political transition process … [and making] virus cities … the potential epicenters of crises.” This kind of document gives credence to the claim that coronavirus was manufactured. If France gets away with this anti-African scheme, it is possible that all countries even in Europe will continue suffering coronavirus induced instability.