HomeExpertsFrench Ambassador expresses hope that the US will return to the Paris...
Experts 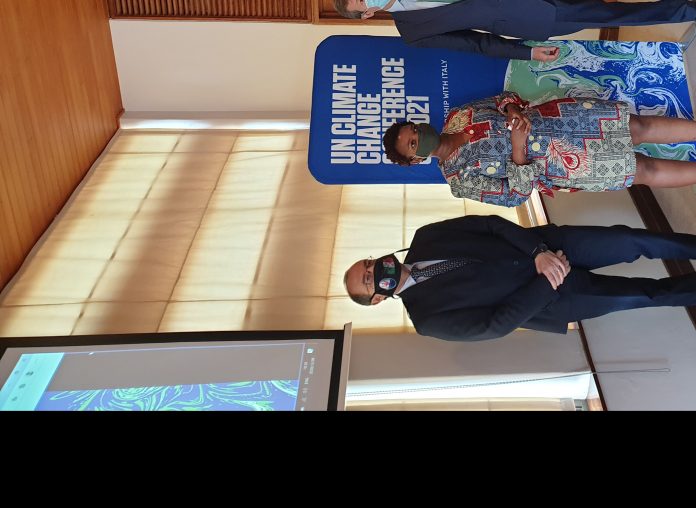 The French Ambassador to South Africa Aurelian Vechevallier has expressed his a belief that the new US administration will rejoin the Paris Agreement on climate change. Addressing the media briefing on the “5th anniversary of the Paris Agreement and the Climate Ambition Summit 2020” co-hosted by the National Press Club, Ambassador Vechevallier detailed the major efforts made since 2015 to bring the 195 countries on board to reduce green gas emissions.

Ongoing US President Donald Trump announced a withdrawal from the agreement in June 2017, whilst his decision took effect last month, a day after the US election. The French Ambassador pointed out that all other countries have kept their commitment to the Paris Agreement and he hopes that The Biden administration will return to it.

The British High Commissioner to Pretoria, Nigel Casey, who hosted Tuesday’s briefing, praised South Africa’s role in the Paris Agreement process as Pretoria signed the agreement whilst also successfully convincing other African countries to be a part of it as well. High Commissioner Casey commenced his speech by mentioning that the UK has approved the covid-19 vaccination.

“The Paris agreement has been to pull resources together to limit global warming by 2 ℃ by the end of the decade. But we now sit at 4 ℃”. Ambassador Casey warned. The British Envoy also mentioned that the UK has plans to ban the sale of new petrol and diesel cars from 2030 with an intent to reduce global warming. “Today UK is announcing an ambitious new target to cut our greenhouse gas emissions by at least 68 percent by 2030, compared to 1990 levels. We look forward to similar commitments from around the world at next week’s Climate Ambition Summit” @NigelCaseyHC tweeted.

Co-Chairperson of the #Resillient40 youth climate activists’ group Khodani Mulaudzi who was a speaker at the briefing together with the European Ambassadors expressed her dissatisfaction at the lack of participation and proactivity on the part of the youth, considering that the majority of young people have been affected by global warming. “In sub-Saharan Africa, we have seen drought, water shortages, we have all experienced climate change, young trees make forests. 70 percent of the African population are younger than 35 years old. This demographic must be a part of the conversation” she said suggesting that young people are tired of talking and want to see more ambitious commitment and implementation.

The Italian Ambassador to South Africa Paolo Cuculi informed the audience that Italy has been experiencing an increase in unexpected natural disasters in recent years. He agreed with previous speakers that the upcoming Cop 26 summit to be held in Glasgow must call on strong mitigation measures to tackle climate issues.

Share
Facebook
Twitter
Pinterest
Linkedin
ReddIt
WhatsApp
Flip
Previous article
Islam, Muhammad, and the Revelation in The Satanic Verses: On Salman Rushdie’s tools of “Magical Realism” and the craft of deconstructionism
Next article
A concert in support of refugees kicks off this evening as the world celebrates Human Rights Day.