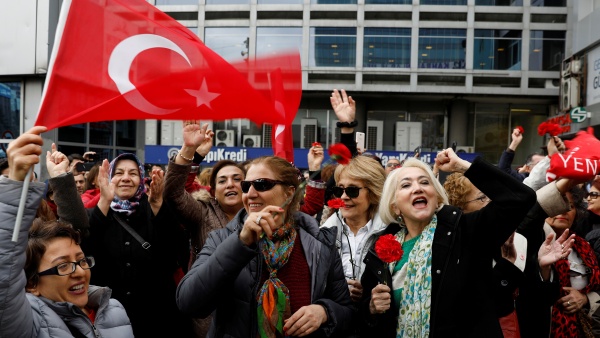 Considering the fact that the world has grown into a small village and that some settings are more equal than others, it would be an omission for Dar es Salaam to miss out on sending best wishes for the forthcoming Istanbul poll rerun.

George Orwell mischief aside, both are megacities and economic powerhouses for their respective countries – Tanzania and Turkey — which also have centuries’ old relations going beyond the Ottoman Empire. I have the Zanzibar part of the United Republic of Tanzania in mind.

But, with or without the best wishes, come June 23, 2019, what matters for the citizens of Istanbul, the people Turkey and the rest of the world, is the degree to which the exercise is likely to locate the country on the global democracy map.

Why? With due respect, all is not well. Turkey democracy wagon indicators are flickering in the opposite direction.  Situated on the western rim of the Indian Ocean, Dar es Salaam is indeed thousands of kilometers away from Istanbul. But consider the following information from the usually neutral and trusted observers and sources.

The UN Human Rights Committee has put President Recep Tayyip Erdogan government under spot for wanton arbitrary arrests of people suspected to have links with US-Based Turkish Muslim cleric Fethullah Gulen and ordered for their freedom and compensation.

While close to 80,000 people have been jailed pending trial, the UN order is just pegged on a case of one academic and school principal deported from Malaysia to Turkey where they stand accused of having ties with the network of Fethullah Gulen, who has lived in self-imposed exile in Pennsylvania for two decades.

Hitting media columns and air waves headlines like “Free and Compensate Gulen-linked Detainees”, the UN order said it categorically that Turkey must release the two men — academic Ismet Ozcelik and school principal Turgay Karaman — detained over suspected links to the cleric, who is also blamed for the 2016 coup attempt, and pay them compensation for arbitrary detention.

It said freedoms of the two Turkish men had been violated.  Lacking in any enforcement authority, the Committee still gave Turkish authorities 180 days to comply with its ruling.

“The State party is obligated … to release the authors (of the complaint) and provide them with adequate compensation for the violations suffered,” the committee’s report on the case said, noting that Turkey’s membership of an international rights covenant required it to act and provide “effective remedy”.

Turkey had sought an exemption due to its state of emergency and the “serious and complex” nature of the pair’s alleged crimes. But the committee rejected that, saying it failed to explain how they posed a threat.

Ozcelik and Karaman had lived in Malaysia for 13 years during which the latter was the head of Time International School, an institution inspired by Gulen’s teachings. His Hizmet movement runs some 2,000 educational establishments worldwide. In fact some are in Dar es Salaam, delivering quality education without any sort of bias.

There is more related to the committee’s case. Since the 2016 coup attempt, President Recep Tayyip Erdogan’s government has jailed more than 77,000 people and widespread arrests are still an order of the day in a crackdown critics say demonstrates growing autocracy in Turkey. Turkey has also demanded the extradition of various people suspected of links to Gulen’s network. Some countries, including Kosovo and Pakistan as well as Malaysia, have complied. Others have refused.

Last year, six Turkish nationals were arrested and deported from Kosovo at Ankara’s request, in a move that led to Kosovo’s prime minister sacking his interior minister. In Pakistan, authorities deported a former director of a chain of private Turkish schools and his family to Turkey over alleged Gulen links. This is a mine spiked on Turkey’s democracy construction road.

Reports from Brussels in Belgium reveal Turkey having stumbled on a snag almost 15 years down the European Union membership processing lane.  The European Commission, which is the EU’s executive branch, has accused Ankara of “serious backsliding in the areas of the rule of law and fundamental rights.”

On his side, President Recep Tayyip Erdogan, in a televised address from his palace in Ankara, hit back at this annual progress review with a quick and very strategic revelation of new judicial reforms.

Expressing Turkish commitment to become a member of the EU, President Erdogan said: “We implement the reforms not because the EU wants them but because our nation needs them.”

The Commission says “Turkey has continued to move further away from the European Union” – a path formally undertaken in 2005. “Negotiations have … effectively come to a standstill,” it adds.

Reports from Ankara and Brussels say this is follows years of criticism over a crackdown on dissidents and the jailing of thousands of people said to be linked to the 2016 coup attempt, Turkey blames on self-exiled US-based cleric and scholar Fethullah Gulen. Gulen very strongly denies this.

President Erdogan also said that the judicial reform package, which was designed after consultation with legal experts and human rights groups, aimed to “strengthen our nation’s sense of justice.”

Erdogan, who has been accused of concentrating power over the judiciary in his own hands, said the reforms had been drafted “within the framework of enhancing the independence and impartiality of justice” and to “effectively protect the right to a fair trial”.

However, Ozturk Turkdogan, the Turkish Human Rights Association chairman, –one of the groups consulted – said: “We have to wait for the relevant concrete draft laws to be tabled at the parliament in order to make a detailed evaluation and assessment of the strategy and roadmap,”

Arrested in a protest march in 2017, he called for a “new and democratic constitution based on the principle of separation of powers founded on the rule of law.” Turkey ranked 109th out of 126 countries in the World Justice Project’s 2019 Rule of Law Index.

Since the failed coup, Turkey has jailed more than 77,000 people suspected to have links with Gulen’s movement, Hizmet. Those who have been sacked or suspended from their employment on the same premise total about 150,000. These include civil servants, teachers, journalists, police officers and military personnel. Turkey is the world’s number one country in jailed media personnel.

Among those imprisoned or who lost their jobs have been more than 4,460 judges and prosecutors, according to the Turkey Purge website, which collates figures from government announcements. One is left wondering how judges can be so indiscriminately laid off in the interest of strengthening—if it is not strangling – the judicial system.

Reports quote, a researcher at the Brown University’s Watson Institute for International and Public Affairs in the US, Selim Sazak, as saying that the Turkish judiciary urgently needed an overhaul to face the heavy workload created by the rate of arrests, as well as increasing numbers of bankruptcy cases as Turkey’s economic crisis takes hold.

“In this current system, they have created political loyalty as not one of the main factors in judicial appointments, it’s the only factor,” he said. “Now, they need the system to work. They broke the system and don’t know how to fix it so they’re pushing every button.”

Sazak added that while some practical measures were likely to be implemented in the short term, there was a “massive dissonance” between Erdogan’s rhetoric on fundamental rights and the recent record on jailing opponents. On this alone a president loses the legitimacy of ruling a country.

As they go for the poll rerun, the citizens of Istanbul must appreciate the critical effect of their decision on the future of Turkey. May Allah, the All-Wise, open their sixth sense to pave the way for putting their country back on the rails.

Democracy is not a commodity. Nor can it be achieved through chance mutation. And if not taken seriously, the electorate can easily vote dictators into power in its name. What a contradiction!!

Hardly ten days to the polling day, records available at the Bank of England’s Foreign Exchange Desk in London, reveal the Turkish Lira exchange rate to the US dollar having risen from 1.33 in June 2005 to 5.78 in June 2019. One need not go to the London School of Economics in search of interpretation. By cross multiplication alone, this translates into a fall in the people’s purchasing power of about 445%. This pinch is being felt one to one on the ground. It’s not small by any standards.

The citizens of Istanbul must, therefore, understand what they hold in their hands in terms of the future of Turkey. Rulers (may) have lost legitimacy. This must be reflected through the ballot box. This time round, Istanbul holds the last card –the reason why Dar es Salaam is sending caution best wishes.