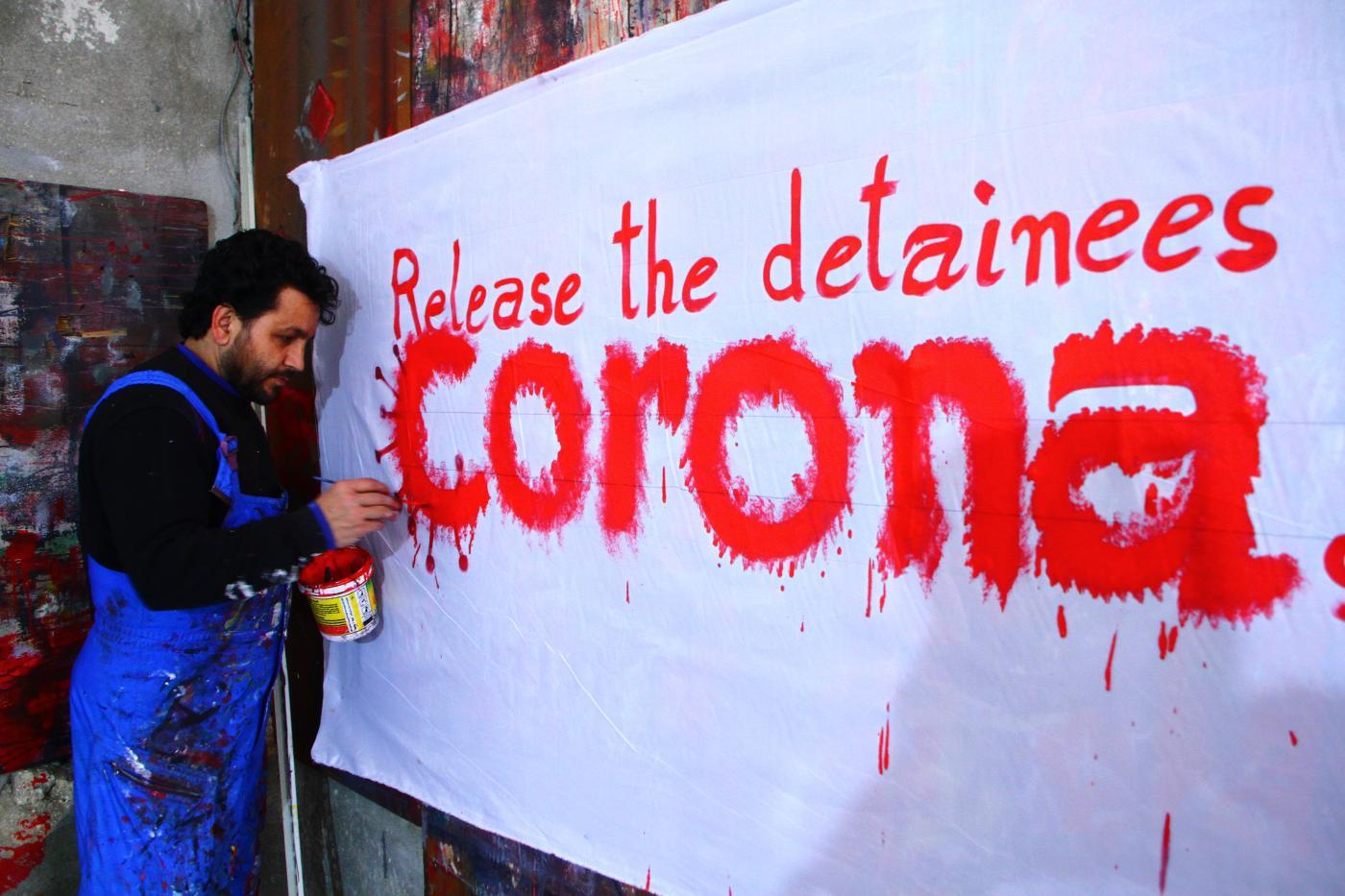 Lovers of Ian Fleming James Bond novel book series with special appetite for touchy headlines will remember “From Russia with Love.” Letter and spirit aside, I remembered this title I read way back in the mid1960s in the course of going through the latest report on “the Coronavirus outbreak in Turkey’s prisons: Analysis of the cases, findings, and recommendations”.

Titled The Coronavirus Report, latest it was indeed – June, 2, 2020. It was the same date I was reading it and it was laden with information captured as up to the last week of May.  As a former print media sub-editor, I did not like the way whoever did the layout obscured what looked more of message-carrying images of the prosecution and prison surroundings.

For one year I was a court reporter and have been to jail without doing through the court – the polite way of expressing being thrown into detention. Remotely, I could see and recall above-the-head windows, highly secured with upright, big diameter and close spaced iron bars, set closest to the ceiling and presence of the “learned brothers”.

Taking the reader on a psychological site visit, the report sets off by introducing a picture of “notoriously overcrowded prisons (which) pose serious health threats to inmates during the coronavirus pandemic (when) the recently passed Execution bill is also not able to eliminate those threats due to its unfair and discriminatory nature.” The new law targets keeping perceived critics of the government behind bars at the mercy of Covid-19 pandemic.

The report points “to the inhumane conditions  (indicating) that the rights to life of the inmates in prisons – which is among the most basic and universal human rights and protected by the Tenth Amendment of the Constitution of the Republic of Turkey and …Article 14 of the European Convention on Human Rights (ECHR) – are under clear, serious, and near threat …”

It is an authentic exercise conducted over a period of 50 days from April 3 to May 22, 2020  by credible institutions like the Association of Lawyers for Freedom (ÖHD) Van Branch, the Prison (Watch) Commission of  Van Bar, and Van Tuhay-Der (the Women Executives of the Prisoners’ Families Aid Association. It embraces official statements from the Public Prosecutor’s Office, Parliamentary Human Rights Investigation Committee, 29 related websites, the UN Human Rights Committee and the Forensic Medicine Institute. It embraces recorded statements and counterchecked with between 37 and 68-year- old inmates and their relatives about the conditions in prisons.

Curtain raiser interviewee on April 3, 2020 is Ahmet Turkmen (68), chronic heart disease patient who has undergone a serious by-pass operation. Three years down on his 14-year sentence for being a member of a terrorist organization, he has been recommended by the Forensic Medicine Institute for check up every six months. He has seen the doctor only once. His life is under serious COVOD-19 threat together with nine prisoners in a three-person cell.

Since May 2017, 61-year-old Ismet Ozcelik, was kidnapped in Malaysia where he worked as a school principal and forcibly taken to Turkey where he is held in prison despite an asylum application to the UN Refugee Agency made way back in Malaysia.

In May last year, the UN Human Rights Committee ruled that Turkey must release Ozcelik with compensation for violating his human rights guaranteed by the International Convention on Civil and Political Rights. With a heart condition, his 10-year sentence is still in the process of appeal. Through his attorney, he has managed to see a doctor but has never been provided with results. An application has also been made to the Supreme Court of Appeals in mid-March for his release due to the threats that Covid-19 poses to his health conditions. There has been no response.

Living on one lung with a chronic condition, former police officer Hussein Soykan (48) has been held in prison for 44 months. He stays with 28 prisoners in an eight-person cell. Fellow prisoner Amir Gulaç died on October 20, 2019, shortly after his attorney pleaded about the poor prison conditions having negative impacts on the health of prisoners. Heart failure is believed have been the cause.

Silivri prison administration, despite complaints of not feeling well and requests for screening from 39 inmates, has not taken any action despite the coronavirus symptoms seen on April 25 and one 48-year-old inmate having fainted. After alarms from relatives, the Ministry of Health sent first responders to the prison for testing after which all tested positive. The administration took no further action.

A wife was quoted by Arti Gercek news on condition of anonymity due to the health condition of her in-laws as saying that her husband (39) tested positive and that two inmates had been removed from the cell and never brought back. She quoted her husband saying, “I think they tested positive. As a matter of fact, we all fell ill. It was like a flue, some have thrown (given) up.”  When she asked him if they had all been tested he replied: “Put aside testing, we are given only a small amount of soup for both sahur and iftar. The situation is so desperate.

“For the first time we were given masks…Ekrem Solmaz, the father of another inmate, Yasin Solmaz from cell C-7, also found out last night that his son’s Covid-19 test was positive.”

An inmate’s relative, whose husband is held in cell C-6 said that some 30 inmates   had tested positive and four negative and the remaining inconclusive. Those who tested negative were removed to another cell leaving the positive cases behind with no further action.  Numerous inmates were reported to have raised earlier high fever complaints without serious follow-ups from the administration, aggravating the situation.

Another inmate in Silivri Prison No. 7 is reported to have informed his wife over the phone that two colleagues had been returned to the cell positive.

HDP Deputy Omer Faruk Gergerlioğlu said that 45 inmates stay in some of the 7-person cells and he managed to share come correspondence with them and their relatives.  In a phone call with his mother, one said he had been taken in an ambulance twice and returned back to the cell after taking his blood sample, for which he has never got a reply. He never reached the hospital on both occasions. His collections form the second part of this write up where inmates claim, among other things: “They avoid us like the plague; no one is here to help.”