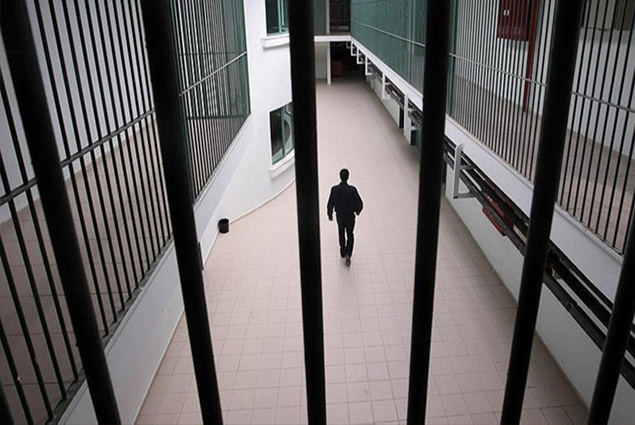 It’s a story of the highest level of state pretence in taming COVID-19 spread in Turkey prisons. “No quarantine room … testing requests refused … physical contacts with patients norm of the day … 44 inmates in a 7-person cell facing problematic food service and access to hygiene facilities like soap.”

“Ill-treatment” is the most befitting expression the HRFT Documentation Center could find for a report conducted over a two-month period between March 11 and May 10, 2020, to express the state of human rights violations associated with the COVID-19 outbreak in Turkey. Why that expression? That is the question being answered here.

The HRFT report argues that despite the calls which are based on the international standards and norms, inmates were completely restricted from family and partially from attorney visits.

The report says that even after the High Commissioner for Human Rights Michelle Bachelet urged governments to take action in preventing the catastrophic rates of the COVID-19 infection, Turkey would not heed. “The inmates’ limited access to proper health care, healthy food, fresh water, and hygiene materials during the pandemic amount to ill-treatment.”

The following are revelations – some ‘for your eyes only’ and others going beyond expected government treatment to its subjects being held in prisons for whatever reasons. Turkish prisons have a big horde of political opponents discriminated against by the recent reduce-the-jail population COVID-19 amnesty law to face the wrath of the Coronavirus!

“My brother stays in Silivri Prison No. 8. He said they are in physical contact with positive cases and their request for testing was refused.”

“My brother is in Prison No.2. He said they were given so little food. We are so worried about (his) life, given the Coronavirus threat. He is staying with 44 other inmates in a 7-person cell and the food service is problematic.”

Prison No. 7 has 43 inmates, “30 of whom showing COVID-19 symptoms like diarrhea and vomiting.  For weeks, there has been lacking canteen service, inmates denied access to soap, shampoo, and napkins. They use dishwashing liquid in showers without hot water provision.”

Prison No. 5 has inmates “suffering from chronic diseases and being denied access to personal hygiene materials. No social distancing rules are being implemented and the food being served is unhealthy and improper.”

One wife was subjected to mental torture. “My husband is held in L-type Prison No. 8. His first test for COVID-19 was negative. Today, however, the E-Nabız (the Ministry of Health portal) showed a second test positive. When I called the prison, they said the second test was yet to be conducted. Later they told me he had been transferred to another cell due to his negative test results.”

On his next phone call rights day (Tuesday), she said, was told “the call day had been shifted to Sunday (which has never come). I haven’t received any news from my husband which is worrying me.”

Wives of ex-cadet Yasin Solmaz currently serving a life sentence, ex-police officer Ali Çiçek, and Ali Çiçek’s uncle and attorney, said they shared their relatives’ COVID-19 diagnosis reports from the Ministry of Health  portal and subsequently submitted petitions to the courts for their release. “They avoid us like the plague, no one is here to help”, said Şakire Solmaz, the wife of Yasin.

The wife of Ali Çiçek, who has been locked up for 42 months, says her husband went down with high fever for two days. “He is fine now. Yet, the cell conditions are so bad. Food service is problematic. He says he has never seen so little food being served before. There is always a queue for the restroom. There is a queue even for the fridge… It is so crowded …”

Another wife said her husband was reported in the ministry’s portal as having tested positive but when she spoke to him he told her: “There is no such thing. We were only tested (for COVID-19). Since then, no one has bothered to see us. They put such records in the system to make it look like they are monitoring us … They are only serving a very small amount of food. We’re left here to die; no one is coming to check on us.”

Visits to Van High-Security prison revealed “measures taken are certainly not adequate, … given the excessive overcrowding rates, deprivation from hygiene and protective materials, and lacking access to health care. Inmates’ rights to life are under serious threat.

“Charging inmates for the protective materials, excessive pricing, infrequent and inadequate disinfection of cell(s), and body search of inmates whenever they go outside of their cells particularly aggravate the threats to their rights to life.”

In a phone call passed to the DW Turkish by his wife, an inmate said acting on the prosecutor’s office stance, no tests will be carried out unless there are chronic cases and those who seem unable to move around themselves.

“We objected … how such a thing could be possible, and then we insisted on the doctor and he sent us to the hospital. Seven of us out of eight have tested positive. Most likely there are now more cases in our cell too. Everyone in the adjacent cell is sick.”

The inmate also adds that they were taken to the quarantine before the test results came out. “There is no such thing as quarantine/isolation here anyway. If you heal on your own, you will be fine. Other than that, if you die, you die; there is nothing else to do. Nobody cares about you here. Nobody at all…”

The last time their body temperature measures was conducted by the guards through the door without entering the cell, and that the inmates could not make their voice heard as there were not enough guards in the prison.

“This is massacre! Thirty-nine inmates are staying in one cell… and all the officials do is refer us to the public prosecutor’s office,” wondered a father whose son (also in jail) was given a flue medication and sent back to his cell.

A team of lawyers from ÖHD and the Peoples’ Democratic Party (HDP) visited the Kayseri Bünyan Women’s Prison and Kayseri Bünyan Prison No. 7. Interviews revealed that three inmates were quarantined following their examination, but no coronavirus testing was carried out despite one of them having coughing and throat problems.

Reached by Euronews,  Cevriye Aydin , lawyer of Yasin Solmaz, a coronavirus patient., points out that the situation is a human rights violation.  “Regardless of their views and religions, everyone in prisons is under the assurance (responsibility) of the state. First, the right to life is guaranteed by the state. Otherwise, the state will be responsible. The priority here is to secure the prisoners’ rights to life. I am in a panic for those prisoner s’ rights to life.

“People out there are dying from COVID-19, too, but when they are out, being infected (by the virus) is in their own volition. However, when in prison, this is an incident happening in a place that is entirely under the political and legal responsibility of the state, the government, and those in power.”

So what should be done in Turkey where the government and officials are not taking the necessary measures amid the global Coronavirus outbreak and even providing the essential basic needs of inmates whose well-being and health constitute their responsibility? That is the subject of the final installment.