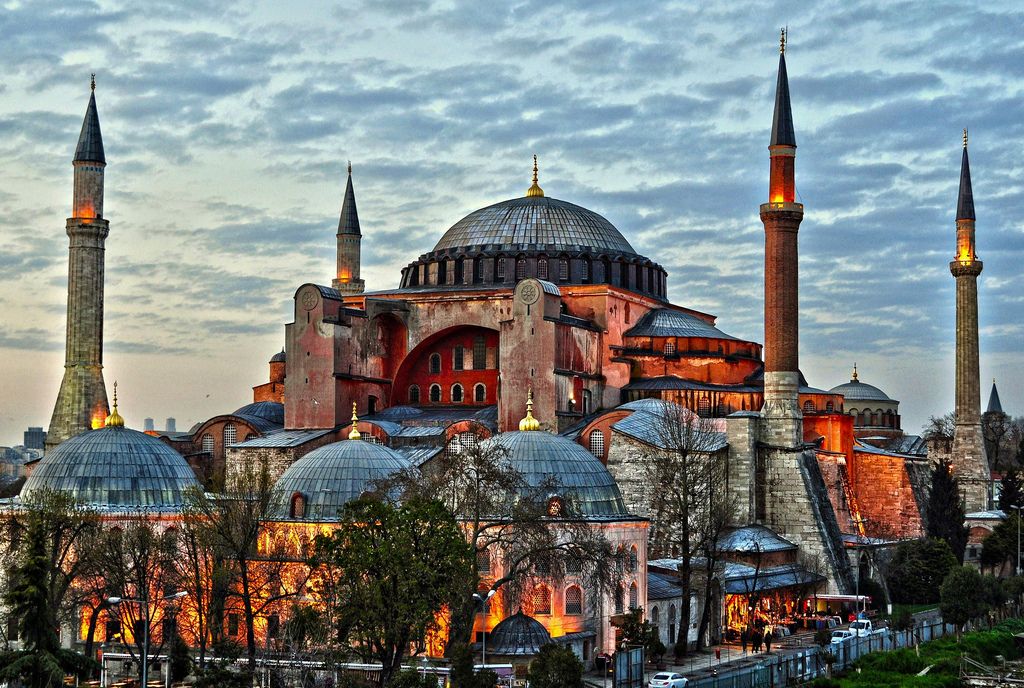 I am not a political scientist. Nor am I a theologian, not a morals philosopher. But during the first week of April 2021, drums of world ears were hit by a piece of hot news. Prof. Mehmet Boynukalin, a Turkey government and, therefore, ruling party (AKP) Imam appointee of the 1,500-year-old Hagia Sophia establishment, resigned.

I call Hagia Sophia an establishment because under the prevailing circumstance, my mind stands divided on what to call it. Over the fifteen centuries, it has treaded the path of a cathedral (top-notch status of a Christian worship center for which it was constructed); a mosque (designated Muslim place of prayer); a museum (cultural site worth entry into the UNESCO World Heritage register); and now back to a mosque (recycled status). Who knows what it will be tomorrow?

So, rather than dwell on the changes in the status and use of the Hagia Sophia establishment, which all along have had camouflaging political aims behind good faith norms and practices, this article looks into what the world can learn from the Imam Professor Mehmet Boynukalin resignation narrative. The lesson is as relevant to the professor himself as it is to all other professionals and caring non-professionals the world over.

Referring to the incident, the media quoted the Professor as saying, in his request letter for leaving, that he is “resigning to return to academic studies” and would now be re-locating to the campus of the Marmara University of Theology. It is said that his request to leave was (immediately!) granted. It reads like the African indigenous knowledge concept of pushing a squatting person.

Between the administration lines one reads that the withdrawal of his services was not much of an issue to the Turkey Government and the ruling AKP at this point in time as it was when taking him on board. His appointment as Hagia Sophia Imam, in July last year, was strategic. A respected Muslim academician and pro- AKP, Prof. Mehmet Boynukalin was better (if not best) placed to shield the recycling of Hagia Sophia into a mosque, which met more global opposition than support.

UNESCO Director-General Audrey Azoulay said in a statement that “Hagia Sophia is an architectural masterpiece and a unique testimony to interactions between Europe and Asia over the centuries. Its status as a museum reflects the universal nature of its heritage and makes it a powerful symbol for dialogue.”

UNESCO “deeply regrets” the decision of the Turkish authorities, “made without prior discussion, to change the status of Hagia Sophia” and shares serious concerns with the Ambassador of Turkey to the UN cultural agency.

“My thoughts go to Istanbul. I think of Santa Sophia and I am very pained,” Catholic Church Pontiff and Head of the Vatican, Pope Francis, said. The World Council of Churches called for a reversal of the decision.

The Church in Russia, which hosts the world’s largest Orthodox Christian community, expressed regret that the Turkish court had not taken its concerns. Russian President Vladimir Putin was reported to have talked to his Turkish counterpart, Recep Tayyip Erdogan about“the significant social impact caused in Russia. Deputy Foreign Affairs Minister Sergei Vershinn said in a statement that the “decision … sparked public outcry in Russia and beyond…”

Expressing anger, the Holy Synod of the Church of Greece emphasized that “the instrumentalization of a creation of the wider European Culture, which has been a symbol of unity and peaceful coexistence, in a place where one religion could be practiced for petty politics and internal political ends, is a practical manifestation of a cultural deficit…”

On a similar tone, the Greek Government called the move “a historic mistake” to which “the international community has to react … because it is “a global one.” A government spokesman called this “the provocation and hubris of Turkey and President Erdogan.”

The Archbishop of Australia, the Bishops of Australia, the entire clergy, the monastic fraternities and the hundreds of thousands of Orthodox believers in Australia learned with deep regret and pain in their soul about the unnecessary decision of the Turkish President Recep Tayyip Erdogan to convert Hagia Sophia into a mosque.

The Archdiocese of Australia remarked that “unfortunately, some decisions, which to some they seem brave, show pettiness, resentment, intolerance and religious fanaticism. History will have to make its judgments. Above all, this decision is unfair for the people of Turkey and their future, while it shows disrespect to the memory of the founder of the Turkish Republic, (Mustafa) Kemal Ataturk.”

The Orthodox Archdiocese of America called on the Turkish government to respect the sacred spiritual center. “The hierarchy, the clergy, the monastics, and the faithful people of our Holy Archdiocese are deeply distressed and pray fervently that peace, love, and well-being will prevail in that region and that the Turkish government annuls this decision… We call (on) the Turkish Government to respect the pan-Orthodox and pan-Christian consciousness, which today has been deeply wounded by this decision,” statement said.

Even Turkey itself was not completely at peace with the decision. In one of his responses, Foreign Minister Mevlüt Çavuşoğlu lost the thinking track when he said on TRT that “Greece has no right to speak (because) it is the only country without a mosque in its capital.” The link is overstretched and breaks all logic principles.

Against all this background, AKP and President Erdogan needed the man of Prof. Mehmet Boynukalin’s caliber to calm the world. But strategic as the regime is, the appointment was “temporary”, meaning that it could flush him any time his engagement mission was deemed accomplished.

Without a big epsilon percentage error, one can argue that the professor’s exit request was granted before he wrote the resignation letter. His engagement mission was practically over. The world no longer makes noise about the Hagia Sophia (re)conversion into a mosque. The system could let him go (flush him) without causing too much damage to the attainment of its goals.

For every profession there is an ethical code, which guides the practice. For example, one cannot be a forgery practicing certified public accountant, sexual harassing gynecologist, idolatry promoting theologian, character assassinating journalist, human rights violations promoting morals philosopher, non-principled politician and so on.

Generally, one can say that accountability is the common denominator of professional practices. This is where we find the dos and don’ts. In journalism practice, for example, it is a serious deviation to find oneself at the service of politicians and business tycoons. In the event of annoying either, one’s neck could be the price.

If Prof. Mehmet Boynukalin had stuck to his professional practice, he could not have found himself giving another reason for his resignation as: “…to avoid illogical conversations by making false comparisons such as ‘the Imam of the Hagia Sophia speaks, so why shouldn’t we’ regarding the declaration (of retired admirals) published recklessly against the national will”.

A brain and ethics searching question to the professor is: “What message did he get when, as part of a government move, a Turkish court last year (2020) annulled the Hagia Sophia’s museum status, saying its use as anything other than a mosque was ‘not possible legally’?  What made him come on board in support of it? What made him risk joining a debate on the 103 retired navy admirals’ declaration  denouncing the ruling AKP for “opening up for discussion the 1934 Montreux Convention” and for Islamizing the army over an active-service rear admiral’s visit to a leader of an extreme religious sect?

Didn’t he smell entering a dangerous zone for compromising his position as an AKP Government Imam appointee and his global standing as a professor narrowing on religious affairs?

Parliamentary Speaker had said something about it. The power that be, President Recep Tayyip Erdogan, had criticized the admirals’ declaration as “a midnight action that definitely has ulterior motives per its tone, method, and the discussions it would clearly lead to.”

Well versed Prof. Mehmet Boynukalin should have read the word coup in respect of which he knew the consequences. Belatedly though, he got the right inner message that made him act the Prodigal Son in the Bible’s New Testament.  He symbolically returned to the father by declaring in his resignation statement that he was going back to the campus of the Marmara University of Theology.

In Africa we say, if you are not a runner, you have no role in a group of athletes – meaning you should not be there. If something wrong happens, you have yourself to blame.