HomeExpertsGrandpa’s Kite and Memories of a British Colony
Experts

Grandpa’s Kite and Memories of a British Colony 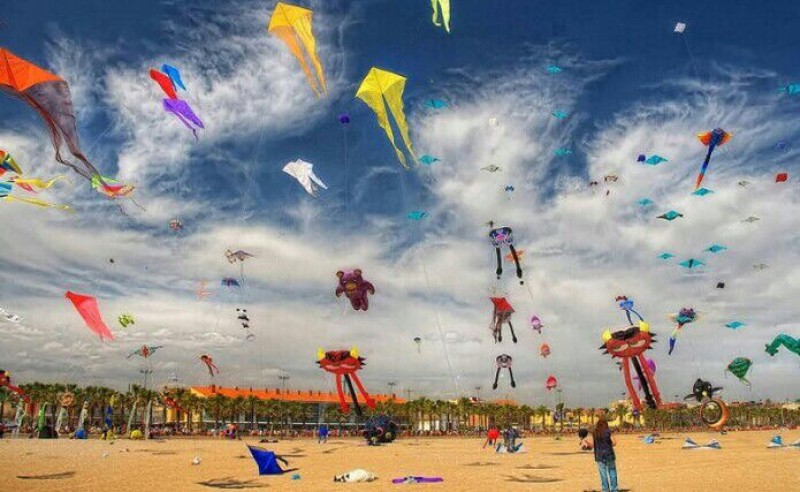 Sometime, in March 2008, en route from Amsterdam to London for an Oxford Roundtable Discussion on Culture, on board a British Airways Boeing 737, my mind scanned memories of my childhood as the plane ascended.

Memories of my beloved grandfather who died more than 40 years ago took shape in my “mind’s eye”, as Jungian psychologists would say.

Like Irish novelist James Joyce’s “stream of consciousness” these images played out like a slide-show at intervals of several minutes – images in surrealistic mode of production flowing across the time and space of my in-between REM and non-REM sleep. Like those long Joycean sentences in the novel Ulysses.

My grandfather, a British-made bicycle-riding government messenger for the royal court of Sir Sultan Ibrahim, taught us how to make kites. Born in the British Military Hospital in Alexandra Road in Singapore and growing up in a kampong/village in Johor Bahru in the late 1960s, my activities, besides spinning tops, chasing chickens, climbing trees, and hanging out with my grandmother, included kite-making.

Yes, making kites — and seeing them take off and making sure they stay flying. Grandfather would patiently and meticulously guide me through the process: how to cut bamboo, trim it into long, thin, and smooth spokes, make the frame, carefully refine its shape with special paper, and finally put designs on it. The final touch was preparing the strings and lacing it with finely crushed glass neatly glued onto the string, this is done if one is to have “kite-fights-in-flight”. The goal is to have the kites duel up in the sky and the glassed-string will do the job of cutting each other’s string. One’s battle is lost when one’s kite flies off, when there was no more string attached.

Grandpa was skilled in the art, science, and techniques of kite-making, kite-flying, and kite-fighting. He was a man, though without much material wealth, imbued with good ‘ol Johorean ethics, which he passed down to his children and grandchildren.

He was a man who wept for hours beside his radio-gram the day a man named Tun Abdul Razak died — Tun Razak was the second prime minister of Malaysia and was instrumental in charting the course of the country’s modernization agenda, especially after the May 13, 1969 bloody riots between the Chinese and the Malays. More than 2,000 people died in that difficult period of race reconciliation post-Independence.

I could feel the deep sadness in him. He grew up with Chinese friends, our home was almost weekly frequented by Chinese people, and grandpa’s beloved daughter was also Chinese who he adopted during the Japanese times. When the Japanese army were hunting down the overseas Chinese and killing babies. My beloved aunt was only three weeks old when she was given away to grandma and grandpa; when news of the Japanese approaching Johor — from Kelantan– broke out. That was the human consequence of the Sino-Japanese war and the rise of fascism in Asia. What could have happened to my aunt, had the morning she was hastily brought to grandpa that morning — did not come?

And grandfather was a witness to that dark moment of ” essentially Malays slaughtering the Chinese” in the darkest Malaysian history of 1969. Perhaps the Bawean and Bugis blood in him saw the connection between the leader and the commoner in a time when life was not yet complicated – a time when you did not hear of the murder of a Mongolian model and translator involving C4 explosives. A murder committed by Malaysians closely aligned to the powerful political-pariah-untouchables. This was a time when the Internet was not yet supreme.

‘Sir’ Sultan Ibrahim, like ‘Sir’ Sultan Abu Bakar, were Malay knights of the British Empire, as much as Sir Elton John and Sir Paul McCartney are English knights.

The Malay knights had their own army – Askar Timbalan Setia – maintained with the taxpayer’s money. Sir Ibrahim, reportedly one of the richest individuals in the world, did not believe that the Malays could govern themselves.

Why did the British inscribe foreign titles onto the ruler of natives thousands of miles from the centre of the colonial empire? Perhaps this was a strategy of psychological colonialism that went well with material and physical colonialism.

But knighthoods as hegemonic tools are no longer necessary these days. Installations of McDonalds and Starbucks, British-style boarding schools, American-style MARA Junior Science Colleges, and 100-channel Astro TVs from satellites owned by Malaysian billionaires are what a nation need to create little ‘sirs’ and ‘madams’, mad-dogs and Englishmen, or little brown Yankees who pay taxes in an international and hidden system of ‘taxation without representation’ of the post-colonial empires.

A good system of hegemony – from physical to the psychological, from inscriptions to institutions – is what is needed to give the natives their daily “bread and circus”.

Colonialism is pervasive and cancerous. It is an ideology that legitimises colonisation, slavery, dependency, and imperialism. Different epochs of colonialism style themselves differently.

Colonialism shapes the mind and consciousness and turns the body into mini-temples of colonialism – turning what the Algerian thinker and psychiatrist Albert Memmi called “the colonised into becoming like the coloniser”, in taste, language and disposition.

The process of turning the colonised into colonisers is a complex yet discernible one. This is how is goes.

First, the Empire must study the resource-rich area to be colonised. Second, use power and knowledge to catalogue all aspects of the lives of the natives. Next, study the local chieftains, sultans, kapitan, rajah or any leader of the natives. Study their strengths and weaknesses by going into their psyche and the system of social dominance they have created to sustain their power. Next, know what these local leaders want and how to create more ‘wants’.

Patrol their waters in a display of military might. If possible, as in the historical account of Kuala Batu (Qualla Batoo) off Sumatra in the mid-1700s, use the word “terrorists” to describe the pirates of the Malacca Sultanate, and crush them in order to create more inroads into the area to be colonised.

Use “economic terms” to describe the areas to be colonised. For example, ‘Spice Islands’ (The Nusantara) ‘Cape Horn’ (Africa), Gold Coast (Africa) Ivory Coast (Africa), Silicon Valley (California), Multimedia Super Corridor (Malaysia) and the latest ‘Iskandar Development Region’ (Johor) and perhaps the Johor Disneyland, should it come into being to complement Singapore’s casinos.

When these areas are earmarked for conquest, make early contact with warring factions in order to make alliances.

Divide and conquer is the strategy – then, now, and forever. Create maps that will define who will own what. In politics it is called gerrymandering. Refine the map as colonies are created. The natives, including the sultan, rajah, kapitan and village chiefs will not understand maps as these artifacts of power are of a different literacy genre. The natives are used to literacy of the Oral tradition. Maps are of Print Literacy.

Even the concept of space and time between the coloniser and the colonised are different. It depends on the concept of ‘the clock’, alien to the natives. Technology of ‘time-telling’ and ‘time-keeping’ varies among nations. ‘Chronos’ is a subjective concept. Whoever controls the more modern concept of ‘chronos’ controls the means of defining which native is the laziest. It all boils down to the mode of production and reproduction. All these must be done with one’s mastery of the political philosophy of Machiavelli.

Finally, when the natives are colonised, turn them into images of the coloniser through indoctrination, education and the ideology of consumerism. Write history for them or, in the case of Africa, get Hollywood to create Tarzan movies to be shown to Africans and to tell them why they cannot govern themselves. Let them learn that only the diamond dealer Cecil Rhodes can perform miracles for Africa such as calling a nation ‘Rhodesia’.

Back to the story of my kite. I cannot remember any other design I would make except one – the Union Jack! It was one of the most glorious feelings to ‘fly’ my Union Jack. That beautiful blue and red striped flag of a nation thousands of miles from where I live – a nation that I came to be obsessed with in my study of the human condition years later.

In the story of the boy with the ‘British’ kite, lies the archeology of knowledge, the genealogy of things and the nature of “psychological inscriptions” we all are subjected to as “cultural beings constructed out of the invented reality of others”.

Herein lies the hegemony of colonialism of all sorts – shackles that the human mind wishes to be liberated from. In my case, the feeling of wanting to constantly analyse myself as that “culturally constructed” being is always there – especially when my senses interact with the “installations and institutions” that exist around me– those that are “inscribed” onto the landscape and forces humanity to become “objects of history”.

What makes one a “culturally-constructed” being?

What makes us become the colonialist, the colonised; the imperialist, the imperialised; the racist, the humanist; the nationalist, the communist; the democrat, the technocrat; the dictator, the freedom fighter? All these perceptions are contingent upon the way we see ourselves as ‘beings’ being constructed by history as written by others.

This is an interesting notion of history – that the history of an epoch is the history of the ruling class. But the age of the bloggers might change this notion and prove Marx wrong. History marches on – from Pax Brittanica, Pax Nipponica and Pax Americana to Pax Barisan Nasionalisma and Pax Malaysian Bloggeria.

How we evolve out of these constructions and contradiction is a more interesting notion of history – that history is an enterprise that must undergo deconstruction.

How do we interrogate ourselves as active beings reduced to become objects of history by those who write history – the history of sirs and sultans, of colonisers and their consorts?

But beyond these questions lie my little no-guilt glory of a fond memory: flying my Union Jack kite and thinking of grandpa and how he engineered the organic cultural construction of my reality.