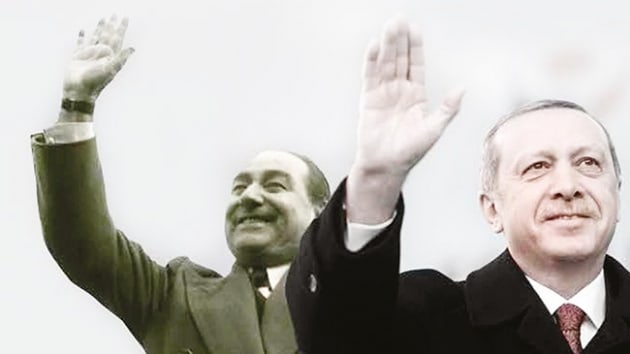 Incumbent Turkish President Recep Tayyip Erdogan has set May 14, 2023, for presidential and parliamentary elections. When he revealed this in parliament, he was definitely not speaking from the blues. Not at all. It was not the issue of “heads-or-tails”. He knew what he was saying perfectly well. This is the historic date, way back in 1950, when the country got its first prime minister elected under a multiparty system.

With full confidence, Erdogan told parliament: “On May 14,1950, Adnan Menderes, Turkey’s first prime minister elected under a multiparty system said, ‘enough is enough; the people will have their say’ and emerged victorious at the ballot box.” He went on to conclude: “The Turkish people will again put the coup supporters in their place, 73 years after the one-party era ended.”

The May 24, 1950, narrative aside, within the context of contemporary Turkey, would one be wrong in doubting whether Erdogan had not actually read Menderes legacy downside up? Indeed, Menderes, center-right Democrat Party (DP) won a landslide victory over the Republican People’s Party (CHP). A decade later, he and his top ministers were sent to the gallows for treason in modern Turkey’s first military coup. Since then, the country has been through a cycle of one coup every decade, without having to comment on the controversial July 2016, all of which are not the subject matter of this analysis.

History gives us some lead. Erdogan, who takes Menderes as his mentor, has opened a big memorial project on the very island where the military junta jailed and tried the DP top leaders before executing Menderes and his minister of economy and foreign affairs at the nearby island. Erdogan, deposed and jailed when he was mayor of Istanbul in the 1990s, often compares himself to Menderes, falling back on the DP’s catchwords and political phrases, the likes of “bringing prosperity to the devout people, respect for the religious values of the country and empowering people.”

BUT, BUT, BUT. The big question is: “Can Erdogan really claim Menderes is his mentor?” Menderes was a politician, statesman and lawyer. He is remembered for his democratic legacy, courageous actions that brought new era of growth, prosperity and freedom of religion in Turkey. Where does one slot in Erdogan’s rule in Menderes’ reign? In which direction has Erdogan focused his actions to warrant his reelection?

On claims of violating the constitution and embezzling state funds Menderes and the president, foreign minister, finance minister and other members of the DP who ruled from 1950-1960 were put on trial by a military court and sentenced to death by hanging. One of them was spared because of his old age. To these circumstances, he responded: “The Turkish nation is Muslim and will remain so forever. It is off limits to trespass freedom of religion in this country.” The point at issue was equal opportunities in state mechanisms. Is this the case with Erdogan’s Turkey?

On democracy Menderes said: “Our country has finally managed to get out of the unfree climate of the old days and reached an era of multi-party rule”. We call it free because it was the first election held by secret ballot and open counting. It was the opposite until 1950. May God protect even my enemies from such an opposition… Don’t we know as a nation how they have been struggling for years and years to demonstrate every success as a catastrophe and every beautiful and magnificent work as a loss…

“There was neither a dictatorship nor a dictator around from 1950-1960”, he said when denying allegations of authoritarian rule. When the military junta read the hanging sentence to his face, he was calm and strong. He said: “May Allah protect our nation.”

When they told him to say his last words, he said: “At this very moment when I am departing from life, tell my family and children that I remember them with compassion. May Allah bless our homeland and nation with eternal welfare.” These were his words before his death on September 17, 1961, at a prime age of a leader (62).

What are comparative stories to read about Erdogan’s era?

Just very recently, Turkey’s Constitutional Court ruled that when the prison administration denied an inmate permission to attend his mother’s funeral, it had violated “the right to respect for private and family life”. The applicant was arrested in 2017 on charges of alleged links to the Gulen movement and sentenced to six years in jail. The Chief Public Prosecutor’s Office had decided not to pursue the case due to “security reasons”.

The ruling Justice and Development Party (AKP) and its ally, the Nationalist Movement Party (MHP) have rejected a parliamentary motion by the People’s Democratic Party (HDP) to investigate the murder of Turkish-Armenian journalist Hrant Dink, editor-in-chief of the Agos daily, on January 19, 2007, by an ultranationalist youth.

A total of 520 children under the age of six are accompanying their mothers in Turkish prisons, according to a report by the main opposition Republican People’s Party (CHP). Turkish prisons are said to be holding about 14,000 women on alleged links with the Gulen movement, 470 of whom are accompanied by their children. In their April 2022 report, the Civil Society in the Penal System (CISST) say the children are deprived of their basic necessities, cut off from the outside world, and cannot participate in social and cultural activities, which is detrimental to their physical and mental wellbeing and will cause problems in connecting with society later in life. They share food and bed with their mothers.

Turkish court has handed down a prison sentence of seven-and-half months to a police officer on conviction of “willfully causing minor injury” to a university student who was beaten to death during an anti-government Gezi Park protests in 2013. The student died after staying in comma for 38 days. The officer had earlier on been acquitted but the higher court ordered his retrial leading to the conviction and sentence against which the family is appealing to the Supreme Court.

As Turkey runs up to the forthcoming polls, Erdogan and his ruling AKP party would be better off by not comparing themselves to Menderes. His legacy cannot, in any way, be compared to that of incumbent Erdogan seeking reelection.  If Menderes were around today, Erdogan would hide his face in his palms from the way he is running his leadership affairs. No justice, no principles, no morals, no tolerance, no consideration, no empathy, no what, no nothing. He has completely misread Menderes. The historic May 14, 1950 concept deserves more respect than what is on Erdogan’s plate for the forthcoming elections.

To say the least, while Menderes prayed: “May God protect even my enemies…”, Erdogan literally kills his – real and perceived – irrespective of age, gender and health condition.