HomeExpertsHas there ever been a Turkish democracy?
ExpertsTop Stories On Turkey

Has there ever been a Turkish democracy? 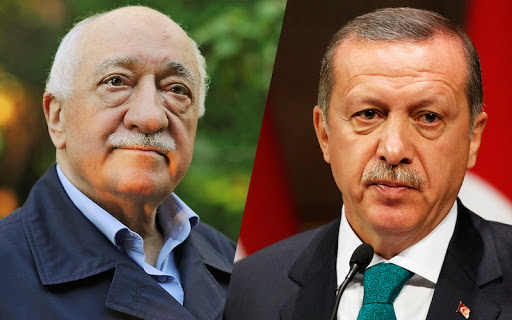 Thanks to The Economist for providing annual democracy index reports indicating the most successful years of Turkish democracy during the last two decades, 2007-2014. These were the years when Gulen Movement was active in Turkey.

In 2008, according to the Economist for example, we learn that Turkey was 87th in terms of its overall democracy level. Today it is 110th.

According to the Economist article titled ‘The retreat of global democracy stopped in 2018’ Turkey’s democracy score declined for the sixth year in a row as President Recep Tayyip Erdogan swept aside most constraints on his power.

‘Perhaps because the trend is so glaring—strongmen in different countries often copy each other’s tactics, soundbites and scapegoats—voters are not taking it lying down.’ The Economist added.

The V-Dem Institute is another important source to measure the democracy level of countries between 1990-2019. You may want to choose the indicators and click on the search button for Turkey and see the best years of Turkish democracy: The result will not be different: 2007-2014.

Considering the qualities of democracy, such as individual rights, civil society and civic engagement, freedom of press and expression, free and fair elections, cooperation and compromise, Turkish Democracy has never been a successful one. Starting from early years of modern Turkish Republic to the rise of Erdogan’s political Islamist AKP in late 90’s, Turkish political culture was shaped by Kemalist tutelage which intervened to politics through military coups for decades.

It is correct that Gulen Movement along with the liberal left, liberal democrats, liberal and conservative Kurds, liberal Alevis, Conservative Sunnis supported Erdogan’s AKP during the years that Erdogan was promising in democratic transformation of Turkey. This is how Erdogan challenged the Kemalist tutelage and sidelined the Military coup attempts.

The mistake made by the Gulen Movement and other political groups in Turkey was to fail to analyze Erdogan’s leadership style, personality analyses and his real political goals. When they realized Erdogan’s authoritarian tendencies to become the ultimate sole leader of Turkey including his ambitions to become the Caliph of the Muslim world, it was too difficult to change this direction.

The question which the Economist story failed to ask is how Erdogan cooperated with his old foes, the Kemalists to end the Turkish democracy and to crush remaining opposition and silence the press.

As a result of the Kemalist-Erdogan coalition between 2016 and present, 160,000 people were arrested, 130,000 people lost their jobs which caused 1 million 500 thousand people being affected by these firings, 250 cases recorded as suspicious deaths, 150 abductions, 934 private schools closed by decree laws. 15 universities, 49 health institutions, 1.767 associations, foundations, unions and federations were seized, and 234 thousand passports were canceled.

Erdogan’s old foe and new ally Dogu Perincek said ‘the law is the dog of the politics’ in order to justify the social genocide in Turkey.

There are hundreds of evidences indicating the July 15, 2016 coup attempt was a false flag. Erdogan couldn’t stage such a false flag operation without the help of the Kemalist bureaucracy. Kemalists now realize that they have two options in Erdogan’s game: One is to obey Erdogan’s Islamist political agenda or to be gradually out of the system. Only last month 600 Kemalist colonels were retired from their posts.

It is not difficult to understand that The Economist story reflects the perspective of the Kemalist elites of Turkey. While the Economist aims to demonize Gulen Movement with July 15 Coup attempt, it is worth to remember that Kemalists have not even faced the Military coups they carried out in Turkey which resulted in execution of democratically elected politicians in 1961. After the 1980 military coup in Turkey, 650,000 people were under arrest. 1,683,000 people were blacklisted. 230,000 people were tried in 210,000 lawsuits. 7,000 people were recommended for the death penalty. 517 people were sentenced to death.

Honestly, it was shocking to see such an unbalanced story in The Economist. How did The Economist forget ‘balance and fairness’, the two classic buzzwords of journalism ethics? How did it forget the fact that stories must be balanced in the sense of attempting to present all sides of a story?

Since the Economist’s purpose is to convey a certain point of view toward the subject, it makes it a ‘propaganda’ but not a news story.

Aydogan Vatandas / Editor-in-Chief
Aydoğan Vatandaş is an investigative journalist from Turkey, specializing in Political Science and International Relations. He is the author of 13 books, many of which have become bestsellers in Turkey. 'Reporting from the Bridge' and 'Hungry for Power: Erdogan's Witch Hunt and The Abuse of State Power' are the first two books published in English in the U.S
RELATED ARTICLES
Experts