Has Turkish media gone cannibal; will Sweden abandon the rule of law? 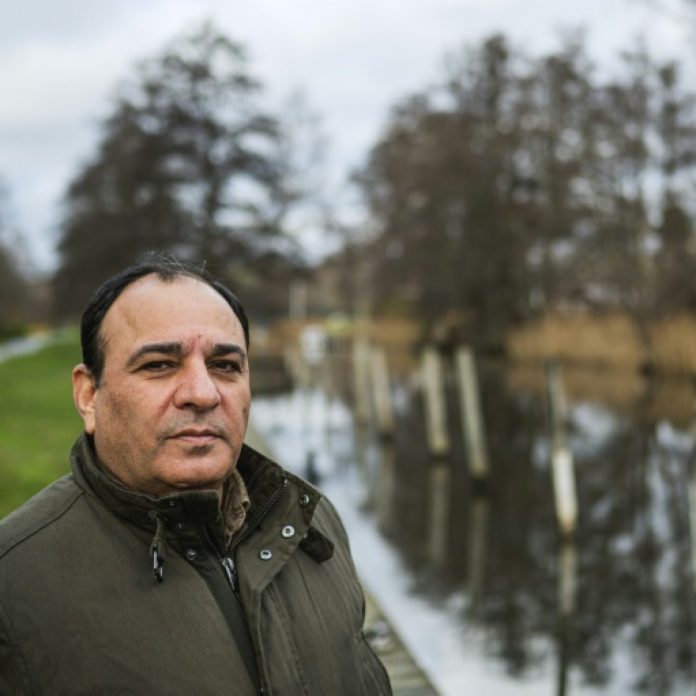 I feel somehow irritated and am equally disgusted. There has been an unfolding story about a Turkish media house at home (irrespective of how much the domestic players feel at home) revealing locations of colleagues and countrymen living in exile – even by co-ordinates. What a (ultra?) move. For what?

Then Swedish Prime Minister Ulf Kristersson, flies to Ankara, definitely on his country’s NATO membership issues. But what eventually emerges at a post-meeting press conference is President Recep Tayyip Erdogan’s persistent demand for extraditing his perceived opponents tagged “terrorists”, leading asylum lives in Sweden and Finland. Erdogan makes a specific demand for extraditing former editor-in-chief of Today’s Zaman daily, Dr. Bulent Kenes, author of “A Genocide in the Making? The book that fully exposes the “Erdogan Regime Crackdown on the Gulen Movement”.

Charity begins at home; they say in the English language. Africa indigenous knowledge is not very much impressed by the wisdom of rushing to save a neighbor’s house from fire when yours is burning down.  Socrates said: “Let him who wants to move the world, first move himself.” According to Said Nursi, “the exertion against the nafs (self), meaning the great jihad, is another way of aggrandizing the religion…” Among Mahatma Gandhi’s Eight Blunders of the World is: “Politics without principles.”

So, the first question I raise is about the media. Namely, could the media fraternity in Turkey, over the years of manhandling by self-styled, non-compromising and single-track reasoning President Recep Tayyip Erdogan’s special ‘inorganic’ taste for the lives of perceived dissidents, have developed elements of ‘cannibalism’? This is the worst state that can happen to any species. For, looked at from the logarithm point of view, this is tantamount to three-bar suicide. Nothing less or more; just that. Congruent as we read in the geometry subject.

A combination of both events, seemingly far yet closely linked within the context of the forthcoming Turkish presidential and parliamentary elections just about seven months away in June, 2023, prompts me to raise more and more questions; ranging from good practices in my own profession (the media) to how leaders should go about conducting affairs of their own countries (governance and the rule of law).  The point at issue is the question of ethics for those in professional practice and being principled for those in political leadership positions.

Over the past few weeks, a shameful story about media practice has been re-emerging. A pro-Turkish publishing house releasing locations of Turkish media personnel living in exile. The worst side of it is that the revelations have been going to the extent of showing physical locations (coordinates). The publishing house personnel in question have been trying to depict colleagues and countrymen and women as “criminals on the run”. Needless to say, what an executive of the Committee of Protection of Journalists (CPJ) Europe and Central Asia Programme Coordinator, Gulnoza Said, had to say suffices. Namely that, this “is unethical” as it is an “irresponsible act that could lead to serious harm…”

The media house goes on to even disclose what charges these journalists face without even balancing the stories by “getting the other side of the story”, as we say in journalism. Where is the objective reporting taught at the schools of journalism? What justification is there for interfering with somebody’s private life by going to the extent of revealing where one does one’s shopping? What has that got to do with a charge of “being a member of a terrorist organization” and the likes…?” Bearing a “Gulen” surname is a ‘crime’.

Another thing students of journalism are told is to keep the right distance from politicians and big tycoons –the reason behind being to avoid possible dangers of being ‘put in their pockets’ and the resulting dangers of reprisals in the event of the other party harboring feelings of being betrayed. Do the pro-government media in Turkey not expect any change on the country’s political scene? Betraying their kind is, indeed, “unethical and irresponsible”. Given time, it will carry a price.  The Turkish media network survives on public tenders besides being owned by large businesses linked to the government.

If ethical media practice dies in Turkey, it cannot but die with them eventually. In the traditional polygamous African societies, indigenous knowledge warns: “Akashanju akatera muka baro, kokabona okachwisa akibanga—translated, in the event of spotting the cane with which your co-wife is struck, throw it away. Meaning, you never know when it could be your turn.  According to the CPJ, Turkey was the sixth-largest jailer of journalists in 2021. In May, 2021, restrictions on press passes came on stage. Now there is a law restricting media practice, the contravention of which, attracts a jail sentence of up to three years.

The Swedish Prime Minister Ulf Kristersson visits Ankara.   Fine. But what we read in chronicles is that a combination of “freedom of speech” and “freedom of information” makes Sweden one of the most open and transparent societies anywhere. This is in very big contrast with Turkey, where they suppress dissent and limit public discourse.

It’s from here that one learns Sweden, a country with strong fundamentals on protecting press freedom, has very little to share with Turkey which asserts partisan control over the electoral commission (YSK), the judiciary, police and media to weaken or co-opt political rivals. By and large, this leaves the Turkey-Sweden relationship curves’ equilibrium being the latter’s quest for full NATO membership and the former’s ultra-motive of securing extradition of perceived dissidents.

In a chemistry lab, the two could easily reflect a similar charge reading and, therefore, repel. How can Prime Minister Kristersson convince the members of parliament back home to depart from their way of life to please Erdogan? Who, in the world, would understand such a vote that even contradicts NATO’s very charter to “preserve democracy”?

I liked the way CPJ put it in a statement that “under no circumstances can Sweden fulfill Turkey’s demand to deport exiled Turkish journalist Bulent Kenes and continue calling itself a democratic nation governed by the rule of law. Swedish officials should not use exiled journalist as bargaining chip in their dealings with Turkey.

Would-be-victim Dr. Bulent Kenes himself said he was not afraid because he has trust in the Swedish law. “I’m not worried at all because I have always believed and still believe that Sweden obeys the rule of law. It means everything here, and so does respect for human rights and freedoms. So, I trust that Swedish law will protect me…”

According to a Swedish parliament statement, a vote on the issue is scheduled on November, 16, 2022. Then the world would know whether Sweden has decided to ‘cut or plait’ its hair over the Erdogan demand, as a Swahili Coast saying goes in East Africa.

The Erdogan regime has its own practices. The moral side does not matter very much so long as the desired end is met.  As we wait for the Swedish parliament vote on Erdogan’s demands, it has been confirmed that Turkish diplomats have accessed U.S.  Department of Homeland Security web portal, apparently illegally, to obtain the travel records of a dissidents living in America.  As Russian Federation President Vladimir Putin had chance to say, when dealing with Erdogan, one has to be extremely careful. One has gost to know the type of person one is dealing with.