How Biden will bring new challenges to Russia 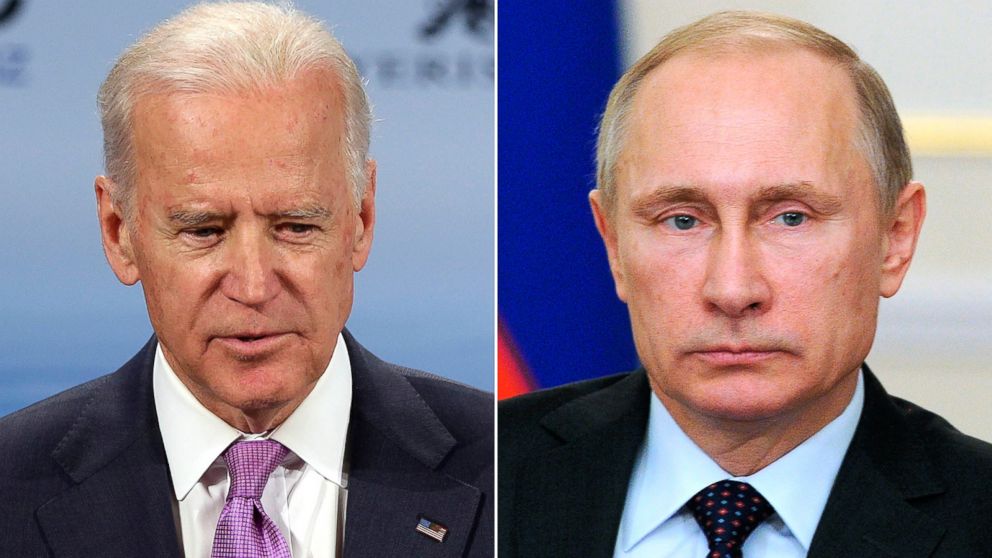 The Democratic candidate Joe Biden is elected as the president of the United States according to the unofficial results. The victory of Democrats will most probably open the doors of new sanctions for Russia. Now, Russian media and experts are discussing US-Russia relations with the new president and the effects of these relations on the Russian economy in the near future.

Joe Biden has won more than 270 electoral votes to be elected for the next president of the US in a neck-and-neck race in several swing states. The electoral college will officially declare the president on the 14th of December. During his election campaign, Biden described Russia as the main security threat for the US. And this was not Biden’s only anti-Russia sentiment in recent years. Russian President Vladimir Putin is also uncomfortable with Biden’s “quite harsh anti-Russian rhetoric.”

In an interview with Russian Interfax news agency, political scientist Nikolai Zlobin, the head of Washington-based Center on Global Interests, claimed that Moscow will be among the main foes of the United States after Biden’s election victory. According to Zlobin, disproportionate pressure on China will be eased and Beijing will have a sigh of relief while Russia will be on the top of the list of foes. “Russia will be the #1 foe in US documents in line with Biden’s policy,” he said.

Several US senators are preparing to bring forward anti-Russian sanction plans which had been shelved by the Trump administration before. Particularly the sanction bill prepared by Senator Lindsay Graham, who is also a Republican, constitutes the hardest stance against Russia and that’s why it is called “from hell.”

Which measures are on the table?

US sanctions against Russia may include banning Banks from purchasing Russian government bonds, bans on operations of Russian state banks like Sberbank and VTB in the US, adding Russia to the list of states sponsoring terrorism, ban on investing in the Russian energy sector, and sanctions against some prominent Russian figures.

Bob Menendez, from the Democratic Party, says that the sanction bill is a reaction to the involvement of Russia in the US presidential election and Russian actions in the Ukraine and Syria.

Meanwhile, a group of senators prepared an additional sanctions bill because of the poisoning of Alexei Navalny, the leader of the Russian opposition. They called the US government to investigate if Russia has violated the Biological Weapons Convention and Chemical Weapons Convention. Senators say that perpetrators should be prohibited from entry to the United States and their assets should be frozen.

Moderate sanctions may be imposed because of geopolitical uncertainty

Kirill Sokolov, a senior expert of Soccombank, expects a moderate deterioration of relations between Russia and the United States. Measures against North Stream-2 Natural Gas Pipeline and some other companies seem very likely. Sokolov thinks that harsh sanctions might risk a worse geopolitical situation, and this may be a disadvantage for the new US administration and American investors. Therefore, Biden may refrain from them.

Experts of Otkritie Broker claim that the Russian economy can recover as soon as the Biden team starts to work stably and the fight against the Covid-19 pandemic is won. They think that there is no question of a scenario in which Russia is excluded from the SWIFT system or an oil and gas embargo is imposed. They expect moderate sanctions that will have little effect on the ruble.

The United States has been imposing some restrictive measure packages against Russia since Barack Obama’s presidency. After Crimea and Donbas war in 2014, the EU and the US imposed sanctions against some Russian and Ukrainian nationals. Putin’s aides like Vladislav Surkov and Sergei Glazyev as well as Russian Deputy Prime Minister Dmitry Rogozin and the head of Russian Federation Council Valentina Matvienko were on the sanctions list of 11 people. Visa limitations and freezing of assets were imposed. It has been gradually expanded and there were 690 names on the list as of March 2020. In addition to this, US nationals are banned from investing in certain companies related to Russian finance, energy, and defense industries.

US authorities also claimed that hackers related to the Russian government intervened in the 2016 presidential elections. The Internet Research Agency, the so-called troll factory of the media mogul Yevgeny Prigozhin, is accused of taking part in this intervention. According to a study of the US congress, nearly 50 Russian nationals were convicted for the election intervention. Restrictive measures were also imposed on the Internet Research Agency.

Sergei Skripal, a former colonel of the Russian Armed Forces, and his daughter were poisoned in the UK in March 2018. The United States, the UK, and many European countries classified this as a chemical-weapon attack. The Scotland Yard filed a criminal complaint against Russian nationals Alexander Petrov and Ruslan Boshirov. The US government imposed a ban on opening credits for Russian authorities. Buying government bonds of ruble currency from the primary market was also restricted.

Restrictive measures were imposed against billionaires close to Vladimir Putin in April 2018 because of supplying arms to the Assad regime and annexation of Crimea and Donbas conflict. Gazprombank Chairman Andrey Akimov, VTB Chairman Andrey Kostin, Gazprom Chairman Alexey Miller, Roskomnadzor Chairman Alexander Zharov, and other prominent figures were among the names in the list. Business people like Oleg Deripaska, Viktor Vekselberg, Suleiman Kerimov, Igor Rotenberg, Kirill Shamalov who are on the Forbes’ billionaires ranking were also on the same list.

Strengthening of Ruble and Biden sanctions

Restrictions imposed against Moscow since 2014, heavily affected the Russian economy. If the new sanctions on the queue are imposed by the Biden government, Russian currency as well as Russian government bonds will face big losses. The Russian economy is already on razor edge because of the current pandemics and it will be at risk of destabilization. The uncertainty during the election process in the U.S. and some statements of President Trump were well enough to have a deteriorating effect on Russian currency and bonds. Therefore, tensions between the U.S. and Russia will have negative effects on Russian assets.

Russian economy heavily depends on oil, gas, and gold prices as well as growth in the global markets. When the global economy rebounds, the ruble also gains strength recognizably. But if the driving force of the global markets is weak and Biden’s victory causes a harsher policies against Russia, the rate of the Ruble will be under additional pressure.