HomeExpertsHow did Erdogan destroy the media in Turkey?
ExpertsTop Stories On Turkey

How did Erdogan destroy the media in Turkey? 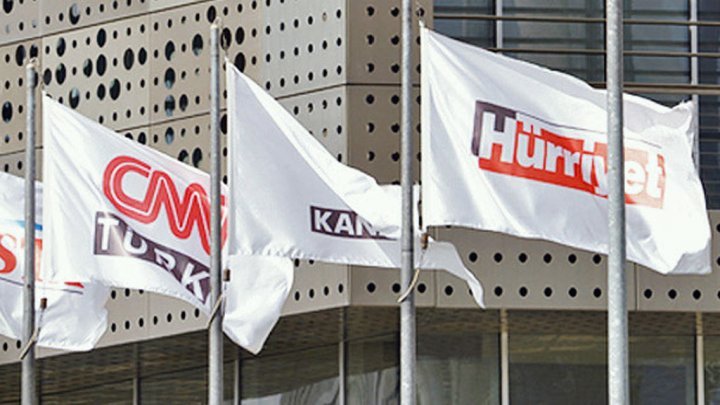 Turkey is one of the countries mentioned in the book “How Democracies Die”, which was published back in January by Steven Levitsky and Daniel Ziblatt, two professors from Harvard University.

While explaining how the President Erdogan destroyed the democracy in Turkey, the Harvard professors give what a media boss went through as an example.

Back in 2009, Aydın Dogan, the owner of Dogan Media Group which controls nearly 50% of the Turkish media with newspapers and televisions, received a $2.5 billion tax penalty from Erdoğan. This amount was more than what the media group was really worth at the time. Together with this penalty threat, Aydın Dogan was forced to sell two newspapers and one television channel first. And the buyers were the businessmen who are close to Erdoğan.

The story does not end here. Two months after the publication of the book “How Democracies Die”, Aydın Dogan sold all of his media companies and his media group to the businessman Erdoğan had chosen, and stepped out of the media for good. He gave this businessman, who is controlled by him, a loan of $1 billion from a national bank to finance this purchasing.

Therefore, Erdogan started to control nearly 90% of the media in Turkey. Turkey went to the polls for the president and parliamentary elections under these conditions in 24 June 2018. The media organizations, which even did not broadcast the rallies of the opposition leaders, acted like Erdogan’s propaganda machines. Despite this fact, Erdogan’s party only received 42% of the votes, and lost their majority in the parliament.

At the same time, Dogan Media Group had also owned the biggest bookstore chains in Turkey. These stores, which we could call Turkey’s “Barns and Nobles”, were sold to another media group which is controlled by Erdogan. The head of this media group is the brother of the son-in-law of Erdoğan. Shortly before changing hands, the selling of the books of the opposing writers are stopped. The publishing house, owned by Aydın Doğan, was a large-scaled one which was publishing the books of the writers from every opinion in Turkey, including myself.

Another striking incident, which demonstrates that Erdogan had started his efforts of building the single-man regime years ago, is about the elimination of the İpek media group, which owned two newspapers and two television channels. Akın İpek, the owner of the media group where I worked between 2013-2015 for their television channel as the Ankara correspondent, was a businessman who could financially cope with the requests of Erdoğan. For example, he wouldn’t do business with the national banks. After Erdogan got angry about the articles of two writers, he requested the editorial director of the newspaper to be discharged together with the writers, which was rejected immediately by Akın İpek. Eventually, Erdogan did what he had done to Aydın Dogan and used the power of the state. He made the police carry out an operation with ridiculous justifications and appointed a trustee.

Today, while Aydın Dogan is undergoing treatment in Germany, and Akın İpek is living an exile life in England, the profiles of the businessmen, who are at Erdogan’s disposal and own 90% of the media in Turkey, are very remarkable.

An opposing writer, Mustafa Mutlu, who was fired by the businessman who had purchased the newspapers and television channels of Aydın Dogan, explained about what he lived through in his book titled ‘Dön Kardeşim’( Turn, Brother!) in 2013.

This media boss calls the writer first and he asks the writer not to write anything against Erdogan by saying: “I warn my employees three times.” For the next meeting, he calls the writer to his waterside mansion in Bosporus. He praises Erdogan to him and warns him the second time. When the writer says, “I have principles and I am responsible towards the readers, I cannot forsake my principles”, this new media boss replies in anger: “Everybody turns, you should turn too.”

But the writer does not forsake his principles and he gets fired. This businessman, who had not have any media history before, passed away three months after he became the biggest media boss of Turkey for Erdogan, at the age of 80. At present, this media group is being managed by his son, Yıldırım Demirören, who was appointed by him as the head of Turkish Football Federation.

Erdogan merely used state sources while he was taking 90% of the media under his control. One of the incidents which demonstrates this is the selling of the Sabah newspaper. A businessman controlled by Erdogan buys the newspaper for $600 million in December 2013. The purchasing is financed by five businessmen, who receives all of the public biddings from Erdogan Providing $600 million is quite easy for these businessmen. Only one of them (Mehmet Cengiz) has received a total of $12.5 billion worth of public biddings since 2011.

Erdogan had known that he couldn’t destroy the democracy in full before taking the media completely under his control in Turkey. Eventually he succeeded and extinguished the big media groups which would make news about the electoral frauds.

Erdogan was stating in a meeting closed to the press a few days before the 24 June 2018 elections, “Before the voting starts in İstanbul, we must dominate the ballot boxes and finish this job.” This speech, which was recorded with a mobile phone, was a clear signal for cheating.

And unfortunately, nobody knows exactly what happened near the ballot boxes in the night of June 24th. Because Turkey does not have a media power anymore to investigate it.