HomeExpertsHow has the media been covering the Coronavirus pandemic?
Experts

How has the media been covering the Coronavirus pandemic? 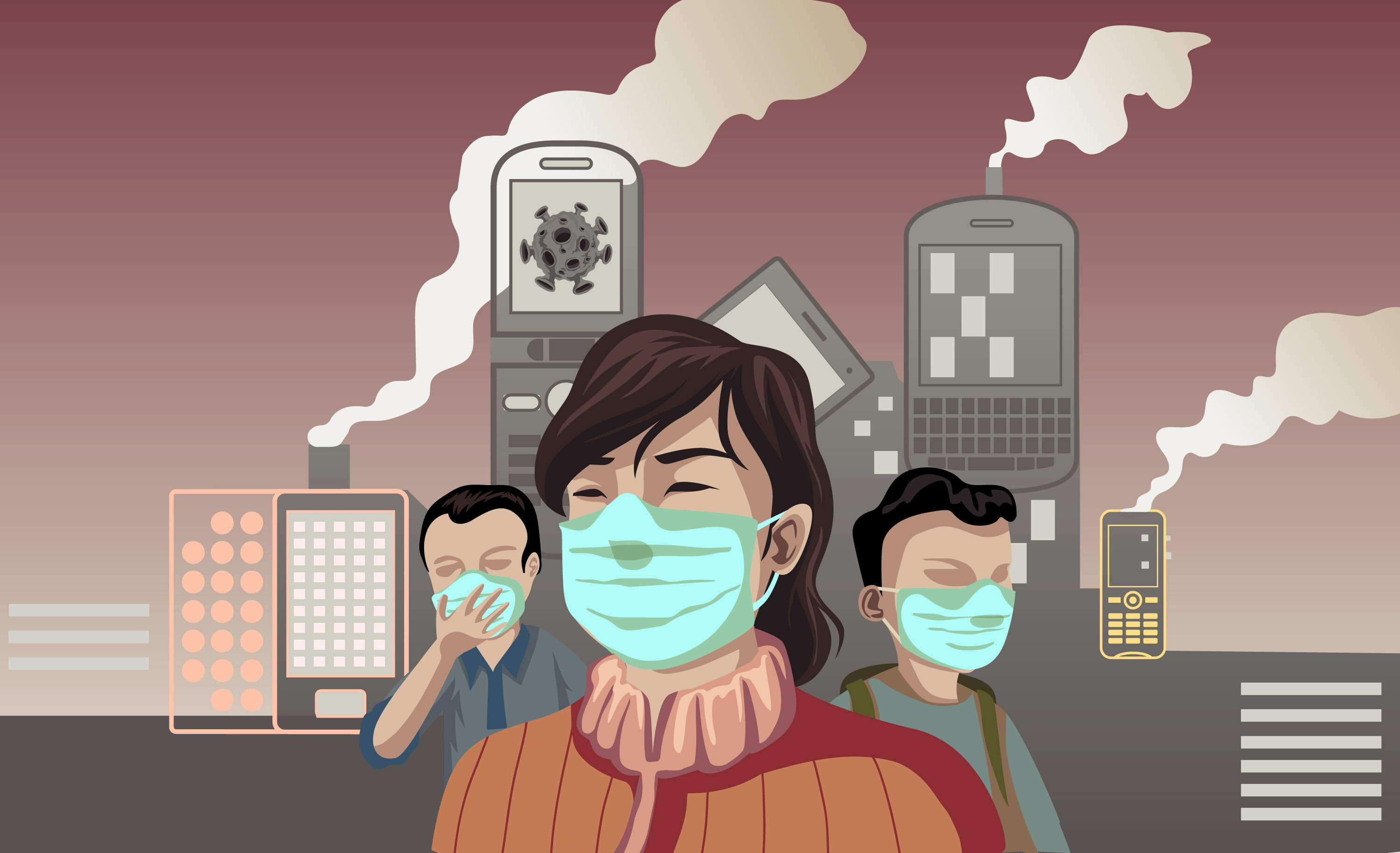 The recent and sudden Coronavirus (CoVid-19) outbreak has thrown the world as we know it into a state of complete flux and into the realm of the unknown. It has been interesting to observe the reaction of states and societies alike to the current pandemic, revealing panic in some cases, denial in others and pragmatism in between.

Another important subject of observation has been the global media apparatus’ reporting of the pandemic, which has been equally nuanced in its approach from country to country. On the origin of the disease, President Donald Trump named Covid-19 a ‘Chinese virus’, further exacerbating the ongoing US-China row. Naturally a number of media establishments, especially in the United States, latched on to this narrative giving rise to heightened anti-Chinese sentiment – perhaps not the best thing in a time when racial tensions, xenophobia and the like are on the rise in many corners of the globe.

Universities too face state-censorship on the publication of academic research on the origins of the novel coronavirus as Beijing tries to change the narrative on the origins of the pandemic, which has claimed more than 120,000 lives and affected 1.9 million people worldwide since the outbreak last December. “I think it is a coordinated effort from (the) Chinese government to control (the) narrative, and paint it as if the outbreak did not originate in China,” A Chinese researcher who spoke on condition of anonymity told CNN. The researcher mentioned that China is not going to tolerate any objective study to investigate the origination of this disease.” On the other hand, many Chinese journalists are receiving enormous support from the public for defending media freedom as they are fight against the ruling party and its narrative. Such journalists and many more citizens are said to be creating a digital archive of deleted content in an attempt to counter the suppression of information.

Many journalists arrived in Wuhan before the lockdown and were able to interview patients and doctors, in their hazmat suits and goggles. Journalists risked their lives and eventually their stories were widely published by Chinese magazines such as Profile, Caijing, Caixin. These magazines uncovered a severe shortage of testing kits in Wuhan, how the officials in the city delayed warning the public that Covid-19 could spread from person to person, and information on how health officials concealed early evidence that the virus showed striking similarities with the SARS virus which caused a deadly global outbreak in 2002 and 2003.

Italy became a location with the worst Coronavirus outbreak outside Asia (though it has now been overtaken by Spain) and led the way on that front when it initiated a lockdown in Europe. Italian officials ruled that newsstands are an essential service. Despite the forced closure of major newsrooms, many journalists work as hard as to report the cases. Gloria Riva, who covers health and business for Italy’s weekly l’Espresso, has been started reporting from the epicentre of one of the worst-hit countries since the end of February.

She said that she contacted CERGAS Bocconi University’s Centre for Research on Health and Social Care Management, which provide a lot of data. Professors explained to her why a lot of hospitals in Italy are not ready to provide service to CoVid-19 patients. She provided numbers that reveal that Italy has a shortage of intensive care units beds and the number of doctors and nurses are also not high enough to cope with the pandemic. This is especially when compared to Germany, which had fared much better in dealing with the crisis. The Italian government’s communications strategy and the recent political instability in the country has been highly criticised by local and international media.

It can be said that Italy’s ongoing political crises create difficulties for journalists to report the facts as politicians uses every opportunity to push forward political agendas. Another challenge is that all the healthcare workers are forbidden to speak journalists. However, health unions and doctor associations, especially Anaesthetists inform the media about the difficulties they face.  Moreover, the Italian mafia also present difficulties for journalists to report on issues like the supply chain of masks and other health equipment. In spite of these challenges, Italian media work hard to keep the public well-informed.

The US overtook China and Italy and now leads the world in confirmed Coronavirus cases. President Donald Trump’s unreliable mixed messaging, along with public-health restrictions, newsroom closures, worsening economic conditions all serve to limit media access for reporting the outbreak. According to Hill/HarrisX poll, sixty-two percent of Democrat voters said they approve of the media’s coverage while Republican voters are equally split, with 50 percent of Republicans happy with the coverage and 50 percent disapproving

As the Hill/HarrisX poll shows, the coronavirus has become a political issue in the US. Fox News received criticism last month for downplaying the threat of the Coronavirus, but Tucker Carlson of Fox Tv, mentioned the threat earlier than many of his colleagues and reportedly urged Trump in person to take the virus seriously, CPJ reported. The White House Coronavirus Task Force’s daily helps US media but a lot of fake news has been spreading in the country.  “U.S. coverage has been inflammatory, particularly across social media and other unsubstantiated sources, which are unfortunately often taken as fact.”  Katie Foss, professor of media studies at the School of Journalism and Strategic Media at Middle Tennessee State University, criticised US media coverage.

The South African government classified media work as an essential service during the COVID-19 national state of disaster and lockdown. “In a moment of crisis such as we are experiencing, journalism that informs, enlightens, empowers and brings hope to citizens and stakeholders is an important national asset and necessity.” Minister in the Presidency Jackson Mthembu said that the media would help the government ensure that people understand and implement the stringent measures that have been rolled out across the country. Government ministers are organizing regular briefings to inform public and the media.

Heightened and effective government communication has served to place citizens at ease to an extent, in a time of great uncertainty. Such communication has also left less room for misinformation and speculation that could result in large-scale panic as has been noted in other parts of the world. Regulations were also introduced to prevent the spread of fake news. The regulations hold that spreading fake news about the pandemic in South Africa is a crime. Further regulations prohibit gatherings of more than 100 people and the assembly of more than 50 people. Many journalists in the country follow media briefings online to adhere to social distancing, which is now being strongly advocated.

Research by Ornicos details that online media stories increased during COVID-19 news coverage in South Africa.  The research is based on a sample of 3 940 media items collected from online, print and broadcast sources for the period 1-7 April 2020 shows that, magazine coverage has increased from 0,4% to 5% of total coverage in the latest infographic. As most Corona cases have been reported from the Western Cape, Gauteng and Kwa-Zulu Natal, these regions feature most prominently in the media. Eye Witness News, IOL, Times Live and the Daily Maverick are listed as the most mentioned sources by the research during the first week of April.

Following the announcement of a national lockdown in an effort to contain the virus, some foreign media outlets likened South African security forces to Apartheid-era police, referring to lockdown measures as ‘draconian’ despite the fact that similar measures are being adopted in countries across the world. Other coverage has been strongly alarmist, going as far as to question why the number of South Africa’s CoVid-19 cases have remained relatively low and putting forward speculation on when the situation will eventually explode. These are stark reminders that even during times of global crisis, various agendas will still be pushed. Such stories received strong criticism from social media users. Many world media mentioned that South Africa’s lockdown is very successful as the percentage of increase reduce from 42 percent to 4 percent since the lockdown started from  27th March and the South African government received huge support from the public.

Free media coverage is crucial to creating public awareness to prevent the spread of the Coronavirus. The SARS pandemic and the recent Covid-19 pandemic prove that China’s control of exacerbated the spread of the virus in 2002 and now again. It seems that China has not taken heed of the lesson from the last pandemic and continues to silence objective media coverage as many journalists have been arrested in China since December. Contrary to China’s approach, South Korea has received praise in recent weeks for the transparency of its approach.

Jon Allsop from Committee to Protect Journalism describe South Koreas success as “combating a pandemic isn’t just a matter of medical technology, but of informational hygiene.” As the US is the worst-hit country in the world now, mainstream media in the country should cover the real pandemic stories i.e. situations in hospitals and interview with health workers instead of taking side in politics during the pandemic.South African and Italian media enjoyed their status as part of essential services and they are widely covering the pandemic.