HomeExpertsHow to mediate the media in the “US-Iran War”
Experts

How to mediate the media in the “US-Iran War” 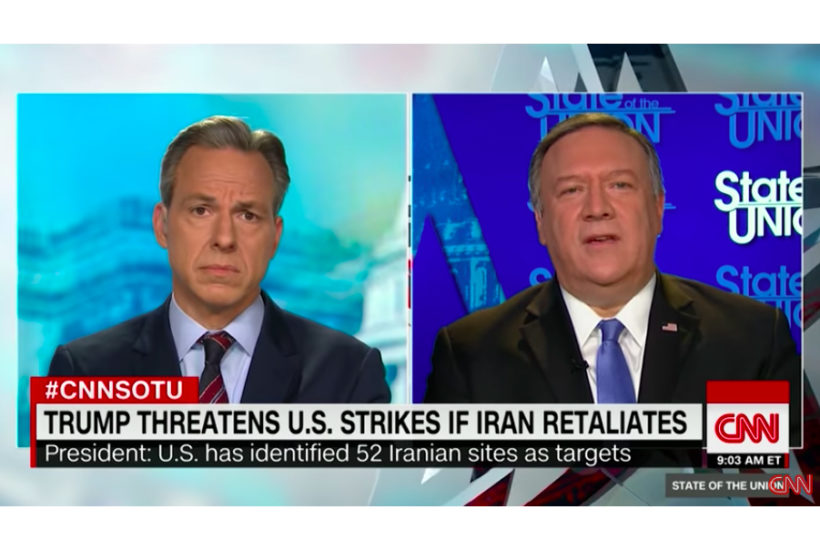 How do we teach about global conflicts in this age of, albeit cliché’ish, “post-truth” in which we can no longer be certain what to believe, in regard to what the media has been telling is about this and that conflict?

I must admit that I have not watched television for the last 33 years. Yes – a long time to be detoxing oneself. I decided to do that when I was doing my graduate studies in International Affairs back in the day, when I got totally “fed-up” feeding my mind with stories of the then US president Ronald Reagan’s “Star Wars” program, “SDI” (Strategic Defense Initiative”, and stories revolving around the Cold War between the then USSR and USA, between Reagan and Mikhail Gorbachev. I detoxed myself from TV, “cold turkey” as the Americans would say. This decision made me read more than allowing myself to be “watched by television”. At least, I thought, I could still have quarrels and conversations with words as my mind interact linguistically with authors’ perspectives, rather than be slouched on the couch surrendering my consciousness to “the assaults and onslaughts and aerial bombardment of soundbites”.

But I still think about the act of watching TV, consuming information, and what to do with the act of interpreting.  Most importantly I think about what to teach my students about how the media mediates us and how do we keep ourselves informed by not being parachuted into the ocean of misinformation and be drown by the producers of media, especially the global conglomerates – be they CNN, Fox News, BBC, or even Al Jazeera.  How do I teach my students to resist fake news, and post-truism? I do not wish them to be zombies, happily indoctrinated to be atomized by whatever they consuming and in the whole matrix of illusion of being “well-informed citizen of the global village”.

Herein lie the question I had this week: how do I teach others how to analyze the issue of the US-Iran “breakout” that might go the way of chaos in the ever-chaotic Middle East or “nothing serious happening” and its all talk of flexing muscles in a world that is now getting fed-up of talks of war when we ought to be together helping heal the environment or at least help put out the bushfire in Australia. The fire as big as Manhattan island of New York city. That big.

Thinking of the US-Iran episode of a potential outbreak of a war, contemplating on a Marxist theory of informational diffusion, I came up with these random notes on media oligopoly I am sharing in this week’s column:

Information wants to be free and wishes to leave the shackle of control and the kingdom of officialdom.

Marx once said that whoever owns the means of production owns/controls (re: Vladimir Lenin’s classic essay on ‘commanding heights’,) and control the production of consciousness, and further controls the evolution of the act of knowing and the contents of what is to be known because what is known is produced as artifacts with politics of control structuring them.

CNN, the media empire of Rupert Murdoch, Time-Warner AOL, and media corporations controls the production of what is to be known, albeit appearing to be producing “objectivity” hidden under the shibboleth of “liberal-democracy” whilst in essence governed by the hegemony of the tightly-controlled news and informational oligarchic empire of consciousness-production.

This might sound like a (Noam) Chomskyian analysis of the post-modern, post-information age paradigm of media production for example, in the case of re: the reporting of the missing Malaysian airline MH370, a few years ago. It could as well be a Chomskyian view in need of a further work of deconstructionism.

There are classes of control of knowledge-production and those producing information in the ongoing reporting of the US-Iran issue.

Those who know the truth about the origin of the conflict or even the downing of the Ukranian commercial plane, such as leaders of the game, such as presidents and prime ministers playing the role of ‘chief-of-staff of armed forces’, etc. in collaboration with the warrior-commander-Kshatriya/Knight/Star War Jedi Warrior class and the most elite of the intelligence unit and working in tandem and alliance with military and supra-intelligence allies, the secret must be kept (from Edward Snowden or Julian Assange) as long as the national and international security is safeguarded – the plot must be kept intact and the show must go on …

Those who know the “unsealed part of the story” and will be playing the role of making sure the world and the public knows what’s happening, in the name of freedom to know and freedom to profit from conflict or even the manufacture of conflict. The philosophy of news-reporting is simple: live and breathe the paradigm of liberal-capitalist informational democracy through sound-bite and blitzkrieg- technologies of cognitive dissonance and funnel in as much as possible issues versus non-issues and speculations and half-truths to feed the four-eyed viewers who are starved for information and drowned in speculations.

That’s the role of the media, whether in America, Iran, Russia, Turkey, Ukraine, or in Malaysia. The longer one gets glued to the TV, the higher the ratings, the more big advertisers will pour in money. Depending on the state’s reliance on corporate media

But the media will only be allowed to view or be privy to a certain amount of secrecy. Of the true story revolving around the assassination of the Iranian general, Qassem Soleimani, of the downing of the Ukrainian plane, and who Iran will attack in retaliation, and what Russia, Saudi Arabia, or even Israel will do to add to the mix of global chaos.

CNN will not talk about speculations that the US government and its media and military ideological apparatuses know what is happening. The killing of General Soleimani,  and perhaps instead the focus will be on the issue of terrorism, threats to American democracy, contradictory statements, and true-false vacillation of official reporting, and those elusive and informational-hide-and-seek-and-peekaboo type of reporting we hear since day one of the conflict.

That’s what the media is good at and will profit from.

CNN will report on the human side of the story, bringing in expert after expert, lullabying viewers with a thesis-antithesis-synthesis fiesta of media party and focus on by the minute day-to-day coverage of the reason behind the assassination of the celebrated general … the “rogue-ness of the state called Iran” and the ongoing war on terror. This is the standard script of the global media ala Rupert Murdoch-ism.

From the point of view of revenue-generation, the longer the story of a potential “World War III”, of making the world safe for democracy, and keeping the Middle East in perfect harmony through realpolitik, and the balance of terror or power, whichever way realists/pragmatists/crusaders/jihadists  would look at it, — the more long-drawn the reporting the better. The model of the “weather channel” applies here.

Of the owners of knowledge of what happened in the assassination are the classes of people who had consumed the information produced by those in Level 2.

In essence, there is both chaos and structure, and complexity and simplicity in the way we understand the kaleidoscopic and fractal nature of informational flow.

And who would Marx pronounce as the winner in this informational war, a Mahabharata of media mayhem of the construction of reality?

Not human beings. But technology. Media technology. Manipulated by the Military-Industrial Complex. The Frankenstein of our Orwellian World of 1984 inhabited by members of the Animal Farm.

Welcome to our global village. Of the death of distance. Of construction and reconstruction, recycling and upcycling of post-truths that make the mental demands of our postmodern life more serious.  Making us be drowned in more information, starved for knowledge, let alone let us arrive at the level of understanding of the true nature of things. And let alone have us have a sip of wisdom, in world fractured by information.

Of maybe—truth is never there in an age wherein our lives are perpetually mediated.

But educate our children, my students and yours we must, before they turn into de-individualized little walking neo-Frankensteins in an age hailed and branded as Virtual Reality.