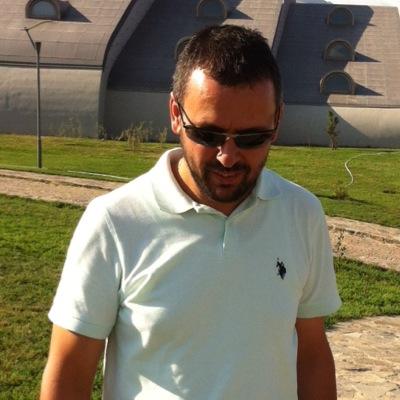 Hudaverdi Yildirim was born on 17 August 1974, in Duisburg, Germany. After completing his primary education in Germany, he moved back to Turkey for good when he was 10 years in 1984. He completed his secondary education and finished high school in Nisantasi Anatolian High School.

He was enrolled in Marmara University Radio, Television and Cinema – Faculty of Communication in 1994. Due to his success in university, he received an education grant from Turkish Education Foundation (TEV) under KOC Holding. He finished second in his faculty, and graduated in 1998. He started his master’s degree in Marmara University Institute of Social Sciences in the same year. Yildirim graduated after finishing his thesis titled “Digital Publishing and New Communication Techniques”.

He started his professional carrier in 1998 in the sports department of Show TV-Cine5-Supersport channels after completing his internship in TRT. During his two years, he successfully prepared many television programs. He worked for Dunya (World) – the most important economy journal in Turkey. He was on duty in the journal group for 4 years, and 3 more years as the editor in the newspaper.

He was transferred to television journalism from printed media in 2007. He started as the Istanbul News Director of Kanal A in April, 2007, and continued on this position for 7 years. During this time, he successfully prepared many important news together with his team. He was wrongfully dismissed in April 2014. However, he was not reemployed. He started as the news director of the news channel Bugun TV under Ipek Media Group after 8 months of unemployment. Despite the difficult conditions in the country, he managed to publish many honest, objective, and courageous news. After the appointment of a trustee by the AKP (Justice and Development Party) government, he was fired from his job in October 2015. Subsequently he started as the news editor of Can Erzincan TV. He continued working there until the coup attempt on 15 July 2016. Since the channel was closed after the coup attempt, he left his job. After that, many job applications he made to different TVs, newspapers and journals were left unanswered. He was taken into custody on 19 September 2017 without any justification one year after the coup attempt as part of the operation targeted 35 dissident journalists. He faced intangible, noncriminal, and nonsense accusations such as being a member of Gulenist organization, working for Bugun TV and Can Erzincan TV without any concrete evidence, and he was arrested by Istanbul 4th Penal Court of Peace on 21 September 2017. Despite his applications many times for being released pending trial, they responded him without any reasonable justification, in search of vengeance, with stereotype statements and he was jailed pending trial. After all of the applications and statements made by him and his lawyers were rejected on trial, the court decided for continuation of detention, and sentenced him to 6 years and 10 months in prison based on being a member of Gulenist organization, working for Bugun TV and Can Erzincan TV, having a bank account in Bank Asya, and being a member of the union. He has been imprisoned in Silivri Penal Institution far away from humanitarian conditions under psychological and moral torture. He is detained in a 7-person ward where there are 38 people are forced to live under internationally substandard conditions against human rights and far away from World Health Organization standards. There are only two toilets and two baths available for 38 people. He cannot get sufficient and rapid health services. Journalist Hudaverdi Yildirim, who tries to survive under these conditions, is waiting for his appeal about the sentencing to be reviewed by the Court of Appeals.

Hudaverdi Yildirim, who is one of the 175 imprisoned journalists, was holding a yellow press card for 15 years. He is a member of Turkey Association of Journalists (TGC), which is the biggest press organization for professionals. He is also a member of the International Journalists Federation (IJF).

Hudaverdi Yildirim is married, and he has three children.