If I were President Erdogan, I would … 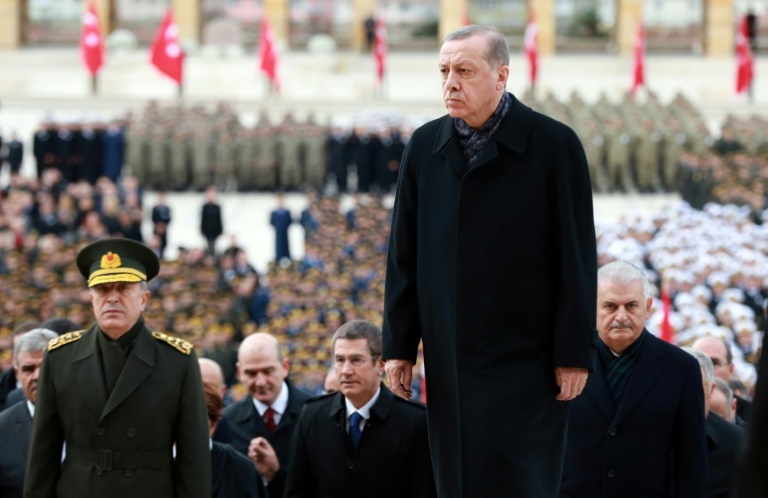 It doesn’t taste nice to be targeted at an adult; definitely not to a head of state for that matter. But, as we hold in Africa: “If what would come is already there, how do you prevent it? You had better understand and appreciate the fact that since it has arrived, it won’t easily go back.” On the same vein, another saying runs: “What have fallen are the breasts”.

Both thought-provoking and self-searching indigenous African wise sayings bear one important message. That is, the meaning of Divine Providence in a man’s life and how best man can take it up or respond to it in order to plot the way forward.

This entry into the Politurco in-depth info orbit is not meant to serve as the Sermons on the Mount we read across in the Judaism, Christianity and Islam Holy Scriptures. No. It’s just a mirror cast on the most current world events – all of which taking place with the Turkish President Recep Tayyip Erdogan and his government occupying the centre stage.

Like a conceptual drone, it (this article) ‘flies’ from London to Washington, Brussels, Tripoli, Islamabad, Athens, Rome, Tel Aviv and Moscow; with Ankara at the centre and the hidden Damascus formula in the background. And for a job to be well done, it cannot avoid Istanbul, Jerusalem and Sochi and claim to have been to Turkey, Israel and Russia.

At the climax of the 75th North Atlantic Treaty Organisation (NATO) anniversary celebrations in London, United Kingdom, French President Macron Emmanuel laments: “When I look at Turkey, they are fighting against those who fight with us. Who is the enemy? … Regarding the issue of designating Kurdish fighters (as) terrorists, there could be no possible consensus.”

President Erdogan registers his concerns as well, translating into a threat (as a strategic member) to veto NATO’s efforts to boost defenses within the Baltic States and Poland, should they not designate the Kurdish fighters in Syria as terrorists.

Parallel to the London NATO celebrations, the US Senate in Washington votes (18-4) to sanction Turkey’s acquisition of Russian S-400 missile series and the Syrian war. Driving the point home, Senator Jim Risch says: “Now’s the time for the Senate to come together and take this opportunity to change Turkey’s behaviour.

Oppression breeds reaction.  Turkey hits back. Global tabloids scream: “Turkey blasts US Senate sanctions.”  By any chances, the “change of behaviour” message is not a ‘polite’ (diplomatic) way of country-to-country communication.  Sovereignty is non- negotiable. Ankara describes this move as “a new manifestation of disrespect for our sovereign decisions regarding our national security… These initiatives do not have any function other than to harm Turkish-US relations.”

There is need for President Erdogan and his Turkish Government to decide whether they belong to the outdated Warsaw Pact or the North Atlantic Treaty Organization (NATO). The Berlin Wall – the symbol of the Cold War– has fallen. But, about three decades on, the spillovers are still there. In these circumstances, is it right for Turkey to literally dive on the rock? Does Turkey want to run Rolls Royce jet engines on diesel fuel?  Does Turkey really want Russian missiles running on US systems compatibility? There is no ‘positive’ or ‘negative’ neutrality.

Another dimension on stage is what we can call the new term European Union Commission, which is now managed by a new team, and, for the first time, under a woman President, Ursula von der Leyen. She has already categorically promised Brussels “honest conversations” with Ankara.

Ankara is not new to President Leyen and her team; nor is President Erdogan. Does her statement imply anything to the contrary having been happening in the past conversations?  Turkey is candidate country of the EU. But, full membership negotiations have long been put on hold. Why?

This is the time for President Erdogan to revisit the EU membership terms and conditions. These are very clearly defined in the Copenhagen Criteria. The rules are self-explanatory.  The applying country must fulfill four main rules hinged on democratic governance, human rights, functioning market economy and adherence to obligations and intent of the EU.

According to The Economist Intelligence Unit research, Turkey is the fifth country in the world, behind Venezuela, Argentina, Iran and Brazil, where people are most miserable. There have also been records in the most recent past suggesting that about a quarter of the Turkish people would be happy to live somewhere else. What message does this send to the powers that be?

Other sources targeting global authoritarians and media personnel jailers place President Erdogan in the second place after China’s Xi Jinping. At one time, figures read like 176 journalists imprisoned; 200 media companies closed and many of their staffs facing terror-related charges; 7,257 academics dismissed; 1,539 lawyers prosecuted; 580 arrested 103 on long jail terms. On this alone, Ankara would not get a Brussels entry visa, discussions about EU membership put aside.

The Watkin’s (Mind, Body and Spirit) Magazine, in its 2019 list of 100 spiritually influential living people, who could change the world, puts the Catholic Church leader, Pope Francis, as number one. South African Bishop Desmond Tutu is ranked 5th and a Turkish Muslim Scholar living in self-exile in Pennsylvania State of the United States, Fethullah Gulen, takes the 26th slot.

Now, with which eye does President Erdogan see Gulen to the extent of classifying him as the Number One enemy of the Turkish people – the person who could be behind the so-called failed 2016 Coup? Who is the enemy of Turkey? Is it the likes of Pope Francis, Oprah Winfrey, Dalal Lama, Eckhart Toile and Desmond Tutu?  Can Lucifer be part of an undertaking or a programme for sending people to heaven? Who is Turkey’s Lucifer?

If I were President Erdogan, I would start thinking of the 2023 presidential elections. In the wake of my disintegrating ruling party, where would I get the votes from? It is good to see it coming.

In polygamous Africa, a woman is advised to throw away the stick with which the husband canes your co-wife. You never know. You might be the next victim. If I were President Erdogan, I would ‘throw’ away all anti-democracy practices in Turkey, besides synchronizing my foreign policy, ready for the future.  Or is it too late? For, it is said he who wins Istanbul wins Turkey. And Istanbul is already out of the AKP’s hands! It’s gone! Is it now the turn of the Palace?