In search of a Socrates in Malaysia’s next education minister 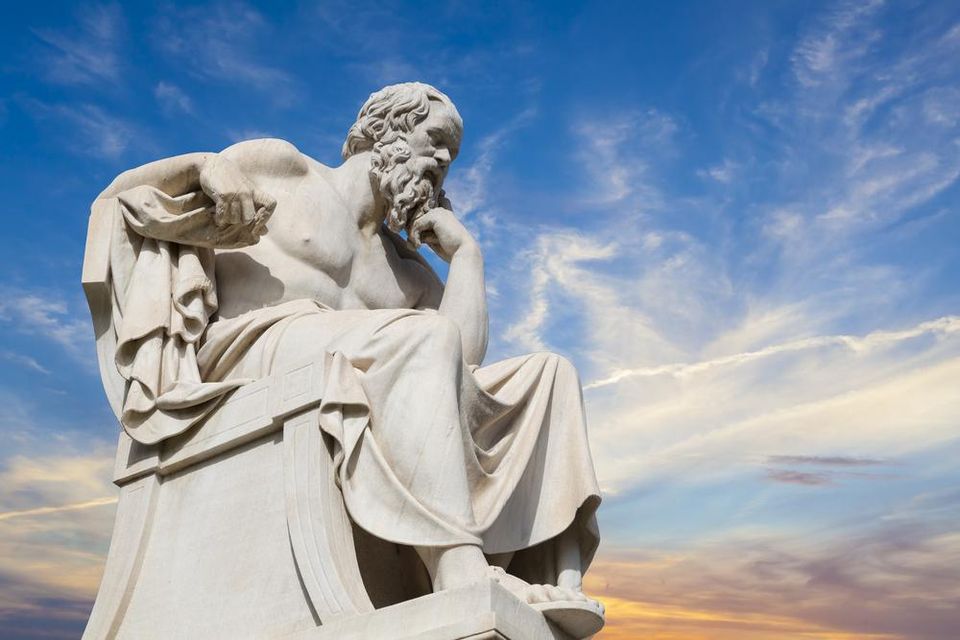 Last week, the Malaysian minister of education Dr. Mazlee Malik was fired/asked to resign by the 95-year old prime minister, Dr. Mahathir Mohamad, for allegedly defying  Cabinet orders on matters pertaining to the enforcing onto schoolchildren of the Malay-Arabic script jawi in schools as well as over issues of “free Internet” and “free breakfast” for all. This is a first, in the country’s over 60-years of independence such a senior executive was asked to leave the Cabinet for (on a deeper level of analysis) trying to further “Islamize” the country which prided itself in diversity and multiculturalism, a legacy of her first prime minister Tunku Abdul Rahman.

Against the backdrop of creeping Islamic fundamentalism ala the influence of the like of Egypt’s Ikhwanul Muslim (Brotherhood of Islam), and the growing force of Wahabbi-Salafi Islamism pervading the majority of Malay-Muslims in the country, the prime minster had to let go of the minister, a student of Islamic Studies whose doctoral dissertation was on the governance of an Islamic state, a party member of Mahathir’s new Malay-Muslim outfit Parti Bersatu, and one who seemed too passionate about turning Malaysian public schools and universities into a “medan dakwah” (or a theatre and fertile ground of Islamic preaching, ala’ Saudi Wahabbi ideology.) He was a former lecturer of Islamic Studies at the International Islamic University of Malaysia.

Such is the current state of Malaysian education of which I have been a keen observer and analyst for the last 35 years and have, in my 8 books written about: Malaysia’s march towards the “Islamic State”.  I wrote a version of this analysis below, in my bi-weekly column in Malaysia.

Losers in the political-educational game

The greatest losers in our education system, with the instability of the Ministry of Education and our inability to find the right leader for the right job in education are, of course, our children in school, from the kindergarten to the university.

When I was doing my educational doctorate degree at Columbia University back in the day, my readings at the early stage concerned the global comparative, philosophy, curricular, politics and the practice in education across the human lifespan. There were also courses in Marxist, neo-Marxist and liberal ideas in education required of those wishing to be “educators” before going into places such as Harlem, the Bronx, Paterson and East Los Angeles to teach and reach the hearts and minds of children so that they will become, like the American philosopher of education John Dewey said, good workers and citizens imbued with problem-solving, creative and critical thinking skills and ability to contribute to the advancement of fellow citizens, especially in a predatory world of cut-throat neo-liberal capitalism and today, “destructive nativism”.

But deep inside, as an educator for almost 35 years now, having taught in multiple worlds, in multicultural and multi-intelligence settings in Malaysia and the US, having also to teach teachers who would be teaching in the Bronx, Harlem and other challenging urban settings, having mentored and coached new ones struggling to make sense of what the culture of a classroom is all about and what schooling and society means, or even things as simple as what should a good lesson plan look like that would make the national standards of the higher-order thinking skills, into all these I have delved and helped teachers and graduate students in education master – but my heart has always been close to my first teacher, Socrates.

Yes, that Greek philosopher who had to drink the hemlock as punishment for making the youth of Athens think. Because teaching thinking is a subversive act, even in Malaysia.

Studying educational ideas in Western and Eastern philosophies and for many years teaching these courses alongside politics, world and US history as well as anthropology, economics and psychology – those human and social sciences you may call these – I find the core of these disciplines to be “Socratic” and the conceptualisation of educational direction and training of the teachers of today, especially in Malaysia (plagued with issues of the excesses of hypermodernity) must be “Socratic”.

This simply means that we must have, at the core of Malaysian education, in this case, a “thinking society as a vision” and that the mission of our Education Ministry must revolve around creating thinkers, humanists, scientists, pragmatists, and most importantly global and transcultural teachers and learners in our midst. It is a life-long process, across life spans.

A nation at risk

Our nation, our beloved nation called Malaysia is at risk. Today I sense that we are marching not only towards a matrix of race, religious and ethnic absurdities of which the seeds were planted from the mid-1970s with the mis-conceptualisation of the New Economic Policy of the 70s, the Abim-PAS-Umno inspired Islamisation process of the 80s, the techno-instrumental euphoria of the MSC (Multimedia Super Corridor) of the excessive and culturally-awkward neo-liberalism of 1990s Mahathirism, moving on the kleptocratic ideals of “Najibonomics” of the last decade, and today we have this big mess as a consequence of a myopia of this and that issue of power transfer.

At every step of our social-evolutionary marker lies the human and social consequences of neo-liberalism and the mass production of human beings at best the technocratic and intelligentsia class of the elite kowtowing to authority and demagoguery and at worst, the Mat and Minah Rempits, the Alongs and the gangsters/disposable drug runners/mules whose stories began with the sense of alienation through schooling. The story of Malaysia, through her schooling, is the story of how classes of people were created through the conveyer belt called “education”. Of how we have produced at least seven kinds of schooling as I have written about in different essays.

We must correct this with a Socratic outlook of creating a thinking education system than will produce geniuses of different cultural backgrounds proud to call themselves “Malaysians”, able to help each other prosper economically, emotionally and intellectually and work towards advancing humanity rather than creating adversaries daily.

Malaysia’s next minister of education has a big philosophical and practitioner’s job to do. To first think like Socrates and to act like a Nelson Mandela in a world of education that requires systematic and scientific thinking as a base and superstructure of his/her own thinking. But first he/she must think and act like a true blue hyper-passionate Malaysian able to tame any extremism with the gentle breeze, the sound of the bamboo reed or the buluh perindu of cultural-philosophical thinking.

I reproduce an excerpt from my latest book From High Hopes to Shattered Dreams, on the critical link between culture, consciousness, education and schooling.

“ …  Today’s schools need to be cognitively architectured and grown anew and made to start at year zero of a new education revolution. This revolution should rest on of the idea of singularity and complexity and the multiplicity of knowledge that is fluid and evolving organically.

“This philosophy of education is yet to be conceived and crafted, even as the nature of the human self and the mind is being reconstructed, leaving behind the legacy of the paradigms of industrialism, post-industrialism and quantum physics.

“Schools will one day respond to these mega-changes and cease to exist in its current shape, form and purpose.

“They will one day replace institutions of power and knowledge-controlled forms such as ashrams, madrasah, abbots, convents, and kibbutzim. These are prison-houses of mass indoctrination, of monocultural cognitive linearism for the state to mould children into citizens obedient enough to be slaves to the power elite, new global imperialists and newer mandarins.

“But what would be among the most compelling transformational uses of technology seen in schools of today, given that we are living in a deeply mediated technological world? … “

This is what Malaysia needs to be guided by in this difficult moment of educational malaise and transition. Guided by an educational pragmatist philosopher and practitioner passionate about the future of our nation and our children, destroying politics of race and religion in this gentle profession called “education”

Do we have such a Socrates in our educational leaders? Can Malaysia’s future generation survive the wave of creeping radical Islamization such as the one ala Erdogan’s Turkey as well, in a pluralistic society in need of a transcultural ideology that celebrates race, ethnic, and religious diversity?