Is Erdogan a Political Animal? 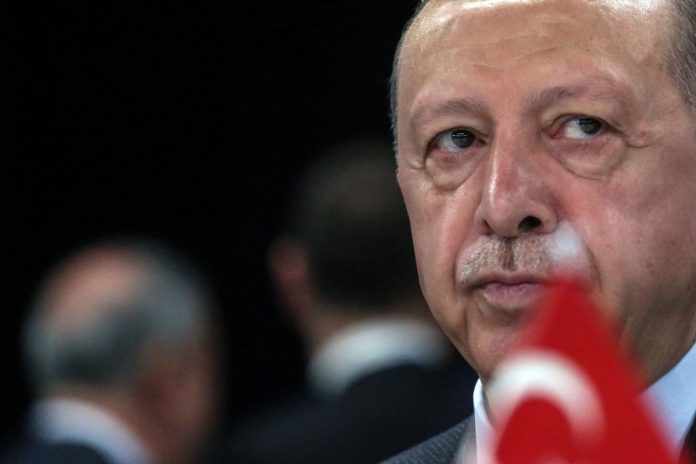 “Disillusioned conservatives” are growing in Turkey. They are already disappointed by Erdogan’s political zigzags. Nowadays, we often hear on the streets in Turkey such phrases as “How could he?”. “We thought he was a good Muslim leader.” However, the pro-Erdogan population is divided into two hopeless categories. One group, which is staunch pro-Erdogan, sees him as a “cultic leader” and believes that Erdogan is a good politician, but the bureaucratic circle surrounding him makes him look bad.

Naively, the second anti-Erdogan group says, “We are fooled.” There is still a long way for them to confess that “he fooled us” and lied to us.” It is important to underline that using a passive voice while blaming the government is one of the cultural aspects of Turkish society. Instead of blaming the president directly, they inculpate the government and rather than facing the issues head-on, the Turkish people often fail to confront their issues as they should.

The group that is decisive and puts all of its eggs in Erdogan’s political basket is disheartened when they eventually understand that he is not “the man of the people” but inadequate to fulfill their hopes and expectations. This group has come to criticize and hold Erdogan and his party responsible for the ongoing crisis. Disillusioned religious and conservative contingencies may leave him, but he still has a majority of loyalists to manipulate and keep the traditional discourses, such as using religions to gain power and manipulate public ignorance. For a such politician, the political animal is a term to define and apply to President Recep Tayyip Erdogan, the incumbent leader of Turkey.

Politicians, scholars and philosophers have used the “political Animal” analogy. It was first used by Aristotle by this quote “man by nature is a political animal.” Later, Karl Marx wrote, “The human person is in the most literal sense a political animal, not only a gregarious animal but an animal which can individuate itself only among society.” Lord Mountbatten openly called Churchill a political animal with this description “a canny political animal, highly crafty, brimming with energy and drive, studying as hard as he could.”

According to the political dictionary, Political Animal is “the person who is interested in and actively participates in social and political issues.” Also defined as “A person who acts in a manipulative and devious way, typically to gain advancement within an organization.”

The second definition may be inappropriate to the Turkish society or strange to the ears of the Turkish man, but Erdogan is a political animal, and the list of making him a political animal is endless. A couple of examples show that how he used political duplicity as an instrument for facilitating deals, negotiations, and political maneuvering at home and abroad. Also, Political Animal politicians are pragmatic – a fundamental requirement of being a political animal. For example, Erdogan is well known to form alliances with political parties and social fractions that he is ideologically or politically distant from for political gain, particularly before electoral campaigns. However, it should not surprise many when he curses those, he deems inconsequential or praise those he considers beneficial. He previously allied with Kurdish political parties and is now in a coalition with the Nationalistic Movement Party. He jailed Selahatin Demirtas leader of the Kurdish Party but allied with Huda Par, an Islamist Kurdish party.

Fethullah Gulen was once a friend whom he longed for seeing in Turkey, but he turned him a number one enemy of the state. Justifying the arrest of protesters involved in the Gezi uprising, Erdogan used a religious tone to explain it. For instance, he said, “they brought alcohol to the mosque.” However, the Imam in charge of the mosque on the day of protest later denied the allegation, provoking his dismissal. According to many international organizations, he labelled the jailed journalists as involved in “crimes against the government rather than journalistic works”. Undeniably, Turkey is the top journo-jailer country, which defies Erdogan’s statement. Moreover, Erdogan attacked the famous singer Sezen Aksu over one of her songs. He said it was his duty to cut the tongues of those who slander Adam and Eve. Following public reaction and Sezen Aksu’s response with a new song that he dismissed the statement, asserting that his words were not for Sezen Aksu.

Distortion of diplomatic communication, hypocrisy and doublespeak are also tools for the political animal politicians. Erdogan’s mercurial nature is tops on the list of the playbook of political animal politicians. For example, he signaled he could hold a meeting with Baser Assad, the Syrian President, whom he does not recognize his legitimacy as President. He recently declared his opposition to Sweden and Finland’s bid for NATO membership. However, he later changed his uncompromising stance during the meeting in Finland.

Political Animal politicians instrumentalize the manipulation of public ignorance and masquerade to win people’s hearts. His sagging popularity and other culminated issues at home and abroad will force Erdogan to materialize some political animal tools. Before an election, he will visit mosques, recite more Quran, attack secularists, and use harsh language on foreign diplomats and political leaders. As an ally to social groups, he promises economic remedies. He also will pledge that he would shift from a presidential system to a robust parliament system and employ amnesty to release political figures from prisons. Erdogan’s behavior should not make you perplexed. Political animal politicians lie and deceive as they see more benefits and gains than losing battle against other rival political parties and dissidents.