Is a Greco-Turkish war inevitable? 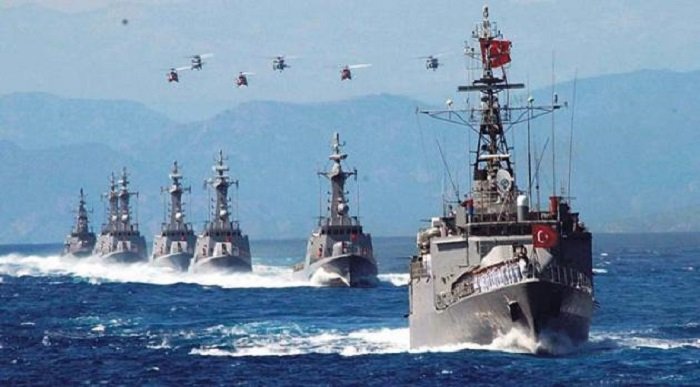 Greek Defense Minister Nikos Panagiotopoulos said last week that Greece is ready to be in a war with Turkey in case of a provocation. Turkey’s National Defense Minister Hulusi Akar responded accordingly: ‘We want to solve our problems with Greece in peaceful ways. However, in the event of a war, we are strong enough to protect our interests. “

Military conflicts between Greece and Turkey have a long history: The military conflicts starting from 1363 when Ottoman forces took over Eastern Thrace to the Imia/Kardak crisis, which brought two countries to the brink of war in 1996 are important indicators that new wars are always possible between the two countries. The past behaviors of nations, as well as people, are still best ways to predict future behavior of countries especially considering Turkey’s current successful military operations in Libya and Syria.

But what is the main reason of the current tension between the two countries? Why did they start talking about a potential war?

The main problem between the two countries is the struggle for power over the Aegean Sea. Greece wants to increase its territorial waters to 12 miles, whereby she could limit Turkey’s range of motions in Aegean Sea. Greece accepts the 10-mile airspace border, which causes another tension with Turkey. In addition, Greece is currently arming the Islands against the Treaties, and claims almost all the islands in the Aegean in line with her state policy.

Turkey, on the other hand, defies Greek’s policies, and escalates the crisis from time to time, trying to establish a state policy.

It is also safe to say that the intense migration problem in the Aegean Sea is another current problem which causes crisis between the two countries. As far as it is reflected in the media, Greek coast guards aggressively pushed illegal immigrants back to Turkey when Turkey opened the borders and sent the Syrian refugees to Europe.

In addition to the crises in the Aegean Sea, Turkey’s efforts to find oil and gas in in the disputed areas in the Eastern Mediterranean Sea, and the “Memorandum of Understanding on the Limitation of Maritime Jurisdictions” that Turkey has signed with Libya are also making the current situation worse.

However, in these gray areas, both sides politically benefit from the tension. Some also believe that, this is nothing more than a controlled crisis. Although the two countries’ defense ministers have made comments that increased the tension, experts assume that the U.S. and E.U. would not allow such a tension between two important NATO members turn into a war.

But what about the Russian Federation?

How does Russia approach a potential Greco-Turkish war?

Tensions between Athens and Moscow over the past two years was not a secret. The recognition of the Ukrainian Orthodox Church by the Greek Orthodox Church in 2019 was a breaking point regarding the relations between the countries. Greece deporting two Russian diplomats in 2018 also caused a diplomatic crisis between the two countries. What was the real reason for the tension between Russia and Greece?

As it is known, the dispute between Greece and Macedonia over the name of ‘Macedonia’ was one of the unresolved issues in the Balkans for a long time. This problem also delayed Macedonia’s joining NATO due to the opposition of Greek Government. The Russian Federation was also trying to prevent Macedonia’s joining NATO through political pressure and cover operations in both Greece and Macedonia. Russia’s efforts failed, and with the support of Greece, Macedonia joined NATO in March 2020 under the name of North Macedonia.

Now, within this current political and historical context, it is safe to analyze that Russia would be willing the two NATO countries, Greece and Turkey to attack each other and wage a war, since Russia’s main objective is to prevent the NATO’s enlargement efforts in the region.

On the other hand, it is evident that Russia has some influence in the Turkish military through the Euro/Asians-Pro-Russians led by Dogu Perincek, who has been supporting anti-Americanism, expressing Eurosceptic and pro-Russian positions in Turkish politics for decades. While Erdogan’s AKP has been pursuing different interests in Libya and Syria and faced several serious military confrontations with Russia, it is evident that Erdogan’s domestic Pro-Russian ally Dogu Perincek and his supporters in Turkish military are not on the same page with President Erdogan. That’s why Turkish intelligence agency (MIT) has initiated some operations to several journalists in Turkey due to their potential links with some Turkish military ranks. While Erdogan’s Sunni political Islamism fought in Syria against Alewite backed Assad regime during the Syrian civil war, Erdogan’s new allies in the Turkish state establishment, the Euro-Asianists, Pro-Russians are believed to have empathy for Russia backed Alewite regime. That’s one of the elements that weakens Erdogan’s Government in both Syria and Libya.

The question is how the current political alliance between Islamist Erdogan and Turkish Pro-Russians will affect a potential conflict between Turkey and Greece.

It should be noted that one of the very reasons of the resignation of the Turkish Admiral Cihat Yayci who initiated the memorandum between Turkey and Libya was his uncontrollable relations with some elements in Turkish media, which have revealed some sensitive information about the Turkish intelligence operations in Libya. Admiral Cihat Yayci, who served as military attaché to Moscow from 2012 to 2014, played a crucial role in the transformation of the Turkish Military, organizing the entire purge metrics of the pro-NATO officers from the Turkish military over terrorism charges right after the false-flag military coup attempt in Turkey in July, 2016. Admiral Cihat Yayci led three important shifts in Turkish politics and state structure during that time. First, he changed the Turkish foreign policy in Aegean and Mediterranean Sea and brought both Greece and Turkey to the edge of a potential war. Second, organizing the extensive purges from the Turkish Military, particularly from Turkish Navy, he increased the Russian influence in Turkish military structure. Third, purging the most successful staff officers from both Turkish Navy and Air Forces, he has weakened Turkish defense structure and caused the Greek Military to counterbalance Turkish Navy and Air Forces in the region for the first time in decades. That’s why Greece feels ready to wage a war with Turkey.

It’s not for sure what kind of dynamics can trigger such a war between Greece and Turkey. If the first attack would come from Turkey, it seems that Greece can immediately and successfully carry out a retaliation. It wouldn’t be like Turkey’s shutting down a Russian plane in 2015 without a response. Turkey was backed by NATO at time. If Greece retaliates Turkey, Erdogan doesn’t gain anything, but Greece would prove that she is as powerful as Turkey. Erdogan would lose ground in Turkey. In this scenario, there is no win-win situation for Erdogan. Therefore, it wouldn’t be Erdogan that could start such a potential war with Greece.

It should also be noted that such scenarios were discovered when the Sledgehammer Military coup documents were revealed in 2010. According to documents, the putschists aimed to show Erdogan’s AKP weak in a potential war with Greece.

What is for sure is that Russia and her partners in Turkish politics would be the most beneficiary from such a scenario.