Is an ill wind blowing Africa? 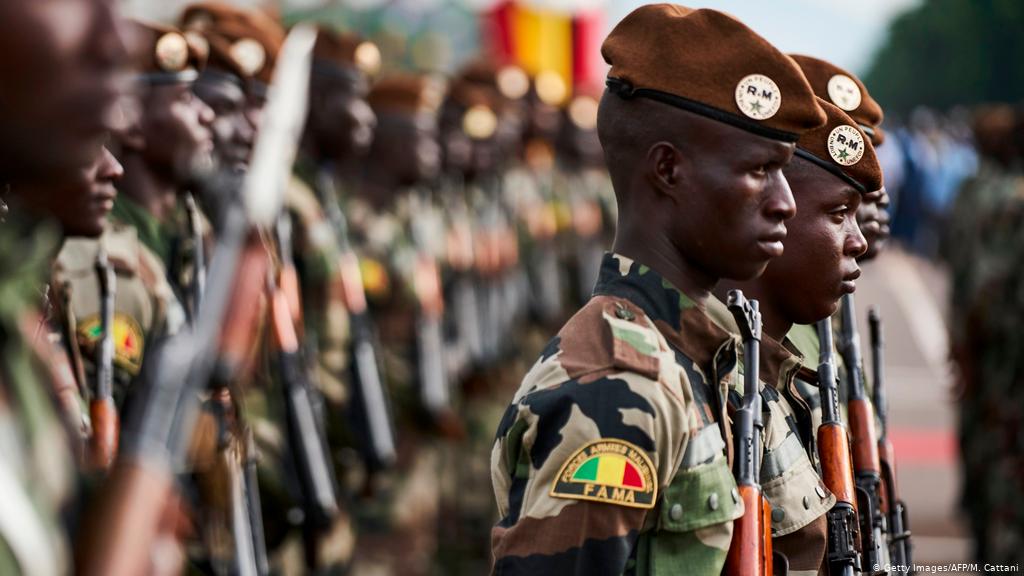 From Mali to Zimbabwe via Tanzania and Mozambique, it’s the Anglo-Saxon indigenous concept of “an ill wind that blows nobody any good”. I am at a loss for an equivalent or the nearest decimal fraction concept to keep Franco-phone and Portuguese-speaking Africa equally touched by the message from the colonizer-colonized cultural perspective. From Tanzania, I suffer the British handicap, so to say.

The story is about today’s ambivalent ‘coups’ in Africa wearing different masks in the like format of ongoing  responses to the novel coronavirus –this time round  political. The military is now seizing country reins controls in style; IS playing havoc.

Some civilians are dying while others assume the internally displaced persons (IDPs) status, seriously impacting women and children. Space for freedoms of expression is diminishing being further impaired by highly contrasting responses from regional (economic unity) groupings.

One would have thought that for ‘resource’-hit Africa, political unity is the ‘horse’ and economy, the ‘cart’.  Kwame Nkrumah of Ghana said it at the founding of the Organization of African Unity (OAU) 57 years ago:

“Unite we must. Without necessarily sacrificing our sovereignties, big or small, we can here and now forge a political union (emphasis mine) based on Defense, Foreign Affairs and Diplomacy, and Common citizenship, an African Currency, an African Monetary Zone and African Central Bank. We must unite in order to achieve full liberation of our continent. We need a Common Defense System with an African High Command to ensure stability and security of Africa.”

But fellow OAU founders – including Africa’s elder Emperor Haile Selassie of Ethiopia and statesman Julius Kambarage Nyerere of Tanganyika — seem to have read him down side up if not silently ignored him. Subsequent   generations of African leaders have trodden the same path.

About six decades down its establishment lane, the Addis Ababa-headquartered (political) OAU –now called the African Union (AU) — operationally still stands relatively exotic to many member countries as an affair of the founding first generation presidents, at that time in search of political independence.

All along, member countries have concentrated on establishing economic union groupings, some of them so overlapping in terms of area and policy that in cases of emergencies, the OAU branded AU ‘horse’ finds itself so unconnected that some ‘carts’ cannot move  –hence the current African political upheavals, which cannot be effectively cured by the economic blocs’ prescriptions. There are too many ‘carts’ and, for that matter, even placed before the ‘horse’.

It’s dateline Bamako, capital of former French West African colony of Mali.  Some members of the military, branding themselves as National Committee for the Salvation of the People (CNSP), depose President Ibrahim Boubacar Keita “to prevent the country from plunging into (further?) chaos” and vow a return to civilian rule through a transition process to take the opposition and civil society on board.

Through sequence you are left to guess what type of event took place. Is it one of the post-independent Africa “coups d’état” comprising unexpected, serious and illegal removal of governments and usually by the military with no civilian hand?

Facts of the Mali case reveal a chain link of crises intensifying over one month. These are built on precipitates going eight years back. Rumours abound. Opposition protestors (civilians) are quoted in the media as taking to the streets on and off in the capital “to demand the stepping down of the president”. Reasons advanced are the usual ‘pan-African’ — collapse of the economy, bad governance and worsening national insecurity.

The military operate from a base close to – not in the capital. If it is a ‘coup’, it is one with a bit of a human face. They then march on Bamako. They find the head of state and prime minister (waiting for arrest?) under one roof. There are different versions of how they were treated.

As usual, condemnations pour in.ECOWAS takes the lead. Besides economic sanctions, it calls for a transitional process that also ensures those who lead it would not vie for positions in a future poll. AU comes in. The UN Secretary General does the same threatening a Security Council meeting.

The people learn about the military action. A congratulatory sort of demonstration is held. The president addresses the nation and promises to step down to avoid bloodshed.  He is put under house arrest and later ‘set free’ to go to the UAE for medical treatment as talks on the transition process get underway.

The interesting side of the story is that the request for treatment abroad is requested by the Mali military, who allow the deposed president to be accompanied by his wife, two doctors and security officers. What a ‘freedom’ configuration.

The Mali experience is more than what meets the eye. Peace threat is still rife. There are also reports of “demoralization, barriers to promotion and insufficient resource” among the military. Of course, a military solution remains not the best response to the situation.

On the ground, violence persists particularly in the north, where an Al-Qaeda allied splinter Tuareg group occupies seized land. In response to this, a G5 Joint Force backed by former colonizer France and comprising troops from Mali itself, Burkina Faso, Chad, Mauritania, and Niger, is in place. Formulation on the battle lines changes. While France, other European powers and the Mali-designated United Nations mission (MUNUSMA) continue operating, the US and EU put training programmes on halt, to borrow from the military language.

Likened to a critically ill person, the Mali situation rings a bell of the African indigenous concept of breath remaining in one nostril.

Zimbabwe is very far from the United States and Mali. But people at the grassroots are engaging in #ZimbabweanLivesMatter protest marches, the likes of #BlackLivesMatter in the US.  In the Mali style, a group calling itself “Concerned Members of ZANU PF” sends a reminder SOS message to all independence struggle (now ruling) parties in the 16-member Southern Africa Development Community (SADC). The message is truly pan-Zimbabwe, originating from all the six provinces –Harare, Bulawayo, East, Central, West Mashonaland and South Matebeleland.

The timing is strategic – just in the background of preparations for the 40th SADC Summit, this time held virtually because of the COVID-19 pandemic. They plead: “Fellow liberation movements, ZANU PF needs you and the people of Zimbabwe need you to save the party … and the economy of Zimbabwe before the situation turns into a regional security crisis.  ZANU PF is under attack from Emmerson Mnangagwa and his Clansmen who are now holding the party hostage.”They hint on “mobilization for an extraordinary congress and a motion to recall the President.”

Zimbabwe reads like having gone from the Robert Mugabe frying pan to Emmerson Mnangagwa fire or as we say in Africa: “Jumping over the ashes into a burning flame.”

In summary, the message cries about “the sadly firing and disciplining of  ZANU-PF members upon raising complaints against corruption, increase in abductions, torture and state-sponsored terror against civilians who demand to be heard and humiliation of former fighters in the liberation struggle. There has equally been a lot of imposition of candidates without elections or due process. Emmerson Mnangagwa is ruling ZANU PF by decree. Zimbabweans no longer want Emmerson Dambudzo Mnangagwa to serve them as their president. They feel betrayed by his policies, governance style and ethos.”

Differences emerge from what the people feel and the SADC Summit whose communiqué “commended outstanding leadership of the Outgoing Chairperson of the Organ on Politics, Defence and Security Cooperation, President Dr. Emmerson Dambudzo Mnangagwa.”

The message is clear. While “SADC 40 Years Building Peace and Security…” forms part of the Summit theme, efforts of South Africa President Cyril Ramaphosa to rescue the Zimbabwe situation hit the wall two times.  While Mnangagwa talks of “bad apples … to be flushed out”, even UN human rights experts condemn the growing torture and enforced disappearances.

The question is: Why, unlike ECOWAS, did the 40th SADC Summit keep quiet about this? Slowly, the SADC region is coming under the scourge of terrorists. It only took Mozambique to bring to the attention of SADC the violent attacks situation in the country.

Tanzania, then holding the region’s chair, quietly announced it was mobilizing troops to the Mozambican border to address the situation. Being on the western rim of the Indian Ocean, the region cannot claim to be free from IS threats. This is further confirmed by the Summit approval to SADC Vision 2050, which is based on a firm foundation of Peace, Security and Democratic Governance.

One should expect the election of President Mokgweetsi Masisi of Botswana as Chairperson of the Organ on Politics, Defense and Security Cooperation will make a difference.  As we say in Africa: “The (sick) doctor does not make his own (medical) prescription.”

Currently, UN-linked Force Intervention Brigade (FIB) is operating in the Democratic Republic of Congo. Is SADC happy to open doors to such an intervention?  God forbid. (1,571words)