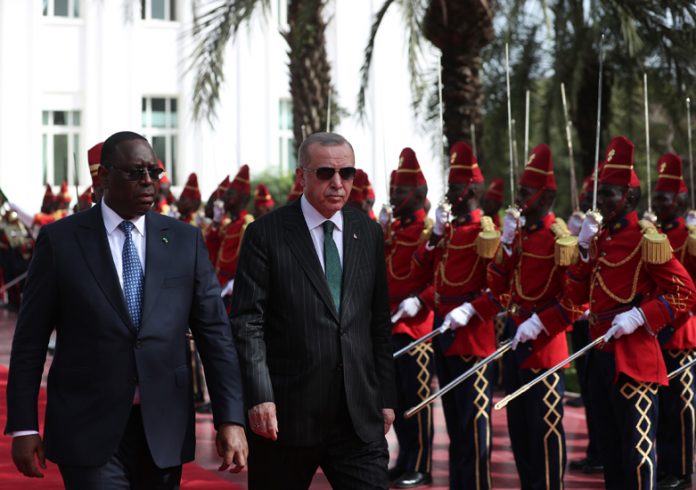 All the Scriptures are specific about who a neighbour is and prescribe the preferred accompanying best treatment practices. For example, while the Bible carries the Jesus’ parable famously referred to as “The Good Samaritan”, the Quran, categorizes neighbours and goes on to quote Prophet Muhammad’s (S.A.W.) saying: “Angel Jibril advised me continuously to take care of the neighbhour till I thought that Allah is to make him an inheritor.”

The above mentioned aspects need not be revisited much here because this analysis is not meant for a religious sermon or theological discourse. Besides that, there are so many opinions in print about the subject that it is impossible to address them all here. For the sake of this write up, it suffices to note that the concept of a neighbor starts even from the level of oneself (my observation), going to the immediate and extended family members and then on to all other people, irrespective of their faith, race, colour, gender, age, location and time.

At the end of the day, therefore, the neighbour concept has no borders. It is about people’s interpersonal relationships, wherever they are, and their connections with other animals, plants, insects, birds and water–based creatures — the biodiversity, the climate. It is about country ties. That is why the word on many global lips today is the Russian invasion of Ukraine.

And along the extended concept line of what it demands to treat a neighbour well, one can go ahead and ask: “Is Turkey’s Erdogan regime Africa’s good neighbour, an ally or a bad neighbour, a foe?” That is the question.

The obvious Ottoman Empire ties with North Africa put aside, Turkey’s policy with Africa which is basic to this analysis dates from 2005. Down the years, we have seen three summits, the latest in the series being at the end of last year (2021). Contextually, about two decades back, there were 12 Turkish embassies in Africa. As of last year, these had grown to 43. COVID-19 negative impact notwithstanding, flag carrier Turkish Airlines has been on record for flying to 61 destinations in 40 African countries. These figures cannot be ignored in view of the continent with 55 member countries making up the African Union (AU).

President Erdogan has of course built on what his predecessors did. But he also came on board with a military component that prints his country’s presence in Africa rather differently. The typical case is the like of Libya, where he has ended up supporting the UN-recognized government, not only with arms but also ‘imports’ of ex-Syrian mercenaries. This cannot be a good practice of neighborliness to Africa.

Sadat, the Turkish military company, headed by former army general and Erdogan ally, Adnan Tanriverdi, has set up partnership with a Libyan company Security Section led by Fawzi Boukatif to train the forces fighting for Fayez Sarraj’s Government of National Accord (GNA). What a practice of neighborliness to Africa could that be?

It is against such and other policy practices that we see the Erdogan regime trying to establish a pro-Turkey West African coast region embracing Senegal and Guinea Bissau. Addressing a press conference in Dakar, Senegal, President Erdogan said, “we will continue to enhance our relations with African countries on the basis of sincerity and solidarity…”

But what do we see happening after several bilateral cooperation agreements were signed during his African visits and after the Third Turkey-Africa Summit in Istanbul, attended by, among others, DRC President Felix Tshisekedi? it is all about the security and investment agenda.

Subsequent to what is recorded as Erdogan’s Kinshasa (DRC) “historic visit”, one sees Sadat, the Turkish paramilitary firm, seriously searching for a niche in the DR Congo security market targeting the training of the country’s armed forces and police when the real motive behind is to secure a market for military equipment. How friendly is this to Africa?

We also see a Libya-based holding company of a Turkish businessman believed to be a close associate of President Erdogan, trying to secure permits targeting DR Congo.

We learn of a Turkish company winning a major contract to install production lines of ammunition for the Kenya army. It is in this country that the Erdogan regime planned and executed a daylight operation of kidnapping and transporting Fethullah Gulen’s nephew from Nairobi to Turkey.  What sort of good neighbourliness was this act which does not care about a country’s sovereignty and respect international laws?

Which Turkey story greets us today in Somalia? It is the like of poisoned food for a starving person served under the cover of religion. I’ve had chance to experience life on the ground in Somalia for about to eight weeks at the invitation of President Siad Barre’s government about 50 years ago. I combed the country from the Mogadishu Capital to the Kisimayu food basket in the south and to Ogaden on the border with Ethiopia, west of Hargeisa in the north.

At that time Siad Barre was trying to make Uganda’s Iddi Amin Dada come to terms with Tanzania’s Julius Kambarage Nyerere. A relatively peaceful country Somalia that was. All Mogadishu taxi drivers had identification badges and their pictures affixed on vehicle dashboards. I could go to the famous Lido Night Club and have a cool taste of Italy’s Rome City night life in Somalia. This is a dream today.

History has it that Turkey’s President Erdogan in 2011 landed in Mogadishu at the height on a famine with a package of a would-be heaven maker, revolving on the axis of Turkish Airlines flights, setting up the biggest embassy in Africa and rehabilitating a hospital. Hiding under the cloak of humanitarian aid, Erdogan’s visit was very strategic. It was during the holy month of Ramadhan; actually nine days to the Eid festival. About 250,000 people had starved to death. It was also a year of holding polls. Somalia was also under the Al-Qaeda–linked Al-Shabaab terrorist group scourge.

After 2011, Turkey started to come out in its true colours. Revelations made in a 2016 UN Monitoring report do not make good reading. They include a fact that “a decade on, Somalis are starting to realize that Turkey has evolved from a friend to a foe, trade partner to a trade protectionist, state builder to outright spoiler … an opportunist… with its own agenda focused on geo-economics and geo-politics instead of facilitating Somalia’s development.”

Turkey is accused of exploiting Somalia’s federal government development projects and monopolizing the economy in Benadir region as Turkish private companies Albayrak Group and Favori LLC were given lucrative no-bid contracts to run Mogadishu port and airport under Ankara protection. The companies are alleged to have been engaged in criminal practices ranging from bribery of government ministers to money laundering. Predatory practices cannot be part of a good neighbour of Africa.

To capitalize on Somalia’s strategic position in the Indian Ocean, Turkey signed multiple military agreements covering areas ranging from military training to defense industry cooperation aimed at gaining a foothold in the Indian Ocean. This resulted in Turkey constructing the largest overseas military base (about double the size of that of the U.S. at Djibouti) and training 10,000 members of the Somali National Army.

What is tantalizing is that despite Turkey being the globally professed anti-terrorist country, its intelligence organization, the MiT, is on record for having extended a support of $600,000 to the al-Shabaab terrorist group, which has destabilized peace in African countries along the western rim of the Indian Ocean embodying Somalia, Kenya, Tanzania and Mozambique. This cannot be in the name of love for Africa.

To cap it all, Turkey has exported its internal problems to Africa by literally falling on the neck of well-intentioned Turkish groups it deems dissident. These include the Hizmet Movement, whose humanitarian, education, health, and social amenity services delivery to several African countries have been curtailed. Any action that frustrates efforts against ignorance, disease and social wellbeing cannot be classified as anything but inimical to Africa. It can only come from a foe.

From Cairo in Egypt to Cape Town in South Africa, the list of anti-Africa incidents in the practice of Turkey policy is long and covers a wide range of aspects that would literally burst through the banks of this analysis, if likened to the River Nile.  But, the question still remains: “Is the Erdogan regime Africa’s friend or foe?”