Is Gulen Movement a terrorist organization? 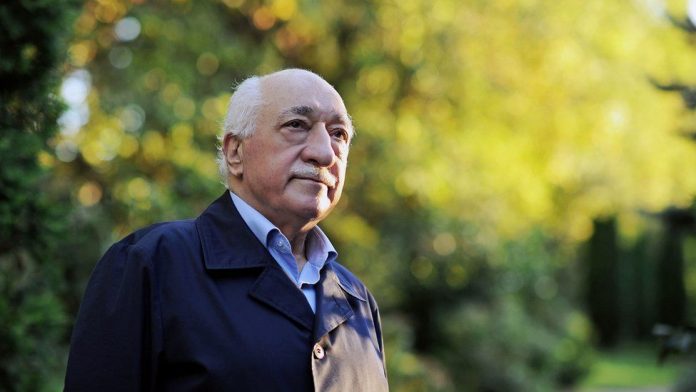 From Dodoma to Ankara

What a coincidence? And a happy one for those who have had chance to read Ian Fleming’s James Bond series. Call it an experience of sighting or witnessing the delight of a stella matutina –morning star – giving in to rays of the rising Sun. It’s all about an early-in-the-day incident taking place at a school run by Turkish government condemned partakers in the Hizmet (service) philosophy of Muslim cleric, Fethullah Gulen, living in self-exile in the U.S. State of Pennsylvania. The incident is not taking place in Ankara, the seat of the Turkish government; nor in Istanbul, the country’s commercial capital. But it is worth an entry in the Presidency Palace  and municipal chronicles. It is happening in the Tanzania government capital, Dodoma, in East Africa, thousands of kilometers from Turkey and Pennsylvania borders.

To President Recep Tayyip Erdogan it is a striking, extraordinary wake-up lesson about his perceived “hell-makers creating heaven” somewhere else. For self-exiled Fethullah Gulen, it is a consoling and clear proof of the fact that making one person survive is providing life for the whole of humanity in the context of the Quran’s teachings.

As fate would have it for the would-be beneficiary, it’s the Science Week at a Feza school in Dodoma.  It’s the week during which parents, children, teachers, school administration and members of community in the neighborhood (if it were not for the COVID-19 pandemic) have a chance to witness fruits of the Feza schools’ education system   under the “Be Better Educated” motto with the belief that “a good nation will stand strong if her people are embodied with good education.”

In an advanced stage of pregnancy, it is time for a mother-to-be to go to a maternity facility. Like fellow women in her neighbourhood, access to ambulance services is not possible. The made-in-India rickshaw –  locally known as Bajaji– is the alternative. She hires one.

On the way, pangs of labour become intensive. She feels she cannot wait any longer. Both the driver and passenger panic. Within the environs of the school, the driver sees people in hospital-like uniforms – white overcoats. The sixth sense drives him: “Why not try those ‘doctors’?” He takes action and that works out the miracle.

An eye witness (name withheld because of President Erdogan’s long arm) had this to say: “This week was Science Week at our school in Dodoma. We celebrated together with our teachers, students and parents. An interesting event took place, demanding teacher and parent knowledge and experience.

“When the students and teachers came together in the garden at 07:15 in the morning, there was a Bajaji driver calling out for help at the entrance.  One teacher responded, only to be greeted by a screaming pregnant woman, just ready to give birth. She also called for help. Within ten minutes, teachers and parents with some midwifery experience had assisted the mother to deliver safely. A child was born and had the first glimpse of the world at our Dodoma Feza school.

“One teacher went for a First Aid kit. With instructions from a gynecologist on line, the umbilical cord was cut. The mother wanted to know the name of the ‘teacher midwife’ who cut the navel. That was to be the name of her child. One of the parents offered to take the mother and child to the nearest health facility in her car. Both were declared safe and sound on arrival.  The baby is a girl and she is named Nurath Feza – a combination of the ‘lead midwife’ and place of birth.”

The Nurath Feza’s human interest story lay on my desk for two weeks, only to be brought to the fore by the words of UNICEF Executive Director Catherine Russell in her message on 1-June 2022 in commemoration of the International Day for the Protection of Children.  She says: “Since the Russian invasion of Ukraine at least two children have been killed in war every day with more injured. Instead of celebrating the occasion we are solemnly approaching June 3, the 100th day of a war that has shattered the lives of millions of children.”

She puts estimates at 5.2 million inside the country and more than 2.2 million in refugee hosting countries.  Almost two in three children in Ukraine have been displaced by fighting, she emphasizes.

My mind jumps to the Nurath Feza nativity in Dodoma, an area that traditionally has been among those somehow lagging behind in education access in Tanzania (quality aside). I remember the Feza schools which President Erdogan circles have tirelessly tried to make Tanzania believe they breed terrorists. I think of Pennsylvania, the retreat home of Gulen, and then on to Turkey, where policemen wait at maternity homes to take mothers and new babies to prison because of perceived links with Gulen. I sense there is something the Ankara and similar regimes can learn on the International Day for the Protection of Children from Dodoma.

First, the words of Said Nursi that the enemy of humanity comprises ignorance, poverty and disunity are still true today as they were more than 100 years ago.  His contemporary government leaders took him for a ‘Socrates’ of some kind. He was made to lead a captive life. How many Said Nursis (genuine, committed citizens) are treated by their government leaders in the same manner?

Gulen took off from where Nursi left to combine the teaching of science and faith, through taking the former as the light of the brain and the latter as the light of the heart, which is what the human being is. The two when built on the foundation of non-discrimination solve the disunity problem.

Gulen has also suffered the fate of Nursi, as a result of which he is living in exile. Short of that he would not even have found a place in any maximum security prison in Turkey taking into consideration the big price tag and high level of effort President Erdogan put on his head.

While in the English language they talk of someone being born with a silver spoon …, Nurath’s could be termed ‘golden’. When I approached the Ishik Medical and Education Foundation, which owns and runs the schools on whether “she hopefully now becomes a Feza Schools-born student, the reply was: “Yes”. What else would Nurath need in her life with guaranteed quality education at her disposal?

Can what has occurred and is expected to happen to child Nurath Feza at the hands of Hizmet-oriented Ishik Medical and Education Foundation be a product of a terrorist organization? Service, worth the salt, including education delivery, is based on ethical principles, such as accessibility to all irrespective of colour, gender, religion, political orientation, ethnicity, social and income status.

That spells the letter and spirit of Hizmet, the service value of which the world knows and appreciates except the Turkey government, which badly needs a change of heart for the sake of protecting the children, in particular.