Is INTERPOL under Erdogan’s armpit? 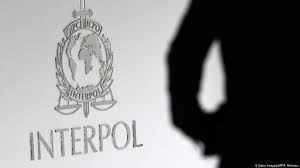 For heaven’s sake, don’t take me for a pessimist. On the contrary, like Turkish Muslim cleric living in self-exile in the U.S., Fethullah Gulen, whose faith-linked name, Mustafa, the world is not told much about (and I don’t know why?), I can dare stand by his quote and say: “I have never lived without hope.”

All the same, the world we live in is a world of crimes. The Romans left behind a saying: “Natura humana ad mala inclinatur” – meaning human nature is inclined to bad actions. Christians of all denominations in the famous prayer of “Our Father Who art in Heaven…” beseech the Almighty God to save them from temptations and deliver them from all evil. Seven out of the God’s Ten Commandments are “don’ts”.

So, in a way, we are not supposed to be shocked by crimes but rather by circumstances in which they are committed and by whom. It makes a sad experience to find a policeman in an armed robbery gang just as it is a shame for a certified professional accountant to be found “guilty” of forging a payment document. How shameful distasteful is it to learn about child abusers among the clergy fraternity? This is a shameless behaviour in society.

It is from this very perspective that a revelation by the latest Stockholm Centre for Freedom (SCF) report linking the International Criminal Police Organization (INTERPOL) with the government of Turkey transnational repression should attract more than a just a frown from the faces of the international community members.

Here we have the INTERPOL – don’t worry about the full name because this is not an acronym; it’s a telegraphic address. This world’s largest international police organization with 194 member states, and non-governmental,  works to prevent and fight crime through enhanced cooperation and innovation on police and security matters, including counterterrorism, cybercrime, counternarcotics and transnational organized crime.

Chronicles have it that It operates under its own constitution  adopted six-and-half decades ago  “[t]o ensure and promote the widest possible mutual assistance between all criminal police authorities within the limits of the laws existing in the different countries and in the spirit of the Universal Declaration of Human Rights.” So, if the INTERPOL ‘super structure’ is supported by any pillars, international human rights laws constitute Column Number One. This clearly defined in Article 2.

Likened to a construction project, the INTERPOL Bill of Quantities in Article 3 specifies the ingredient ratios forbidding the undertaking any of intervention or activity of a political, military, religious or racial character. In other words, how does INTERPOL distance itself from the breach of international laws and persecution of people for political aims? And what is the Turkey picture like?

Turkish President Recep Tayyip Erdogan’s long arm has reached tens of thousands of Turkish citizens abroad. In fact, Turkey has become number one among countries that have conducted renditions from host states. From the horse’s mouth, official statements by the Ministry of Interior confirm that Turkey has sent 800 extradition requests to 105 countries in the last four years, and more than 110 alleged members of Gülen movement have been brought back to Turkey as part of the government’s global campaign.

President Erdogan has been on this game since corruption investigations of December 17-25, 2013, which implicated him then as Prime Minister, members his family and his inner circle.
Dismissing the investigations as a Gulenist coup and conspiracy against his government, Erdoğan designated the movement as a terrorist organization and began to target its members. He locked up thousands including many prosecutors, judges and police officer involved in the investigation as well as journalists who reported on them.
The crackdown also targeted political opponents of the government, Kurdish activists and human rights defenders, among others. Gülen and the movement strongly deny involvement in the abortive putsch or any terrorist activity.

Foreign Minister Mevlüt Çavuşoğlu himself acknowledges systematic spying on government critics on foreign soil by Turkish diplomatic missions. In a February 2020 interview Çavuşoğlu said Turkish diplomats have officially been instructed by the government to conduct such activities abroad.

The Turkish government has been carrying out a remarkable campaign of transnational repression against its critics abroad. From spying through diplomatic missions and pro-government diaspora organizations to denial of consular services and outright intimidation and illegal renditions, then the problem arises. As part of its wide spread campaign, the Turkish government has also been manipulating and abusing the International Criminal Police Organization (INTERPOL), an inter-governmental organization set up for cooperation among member states’ law enforcement agencies to share and access data on crimes and criminals.

Available case studies, reports and interviews with organizations working in the field show that through abusing the INTERPOL International Notice System, Turkey has harassed, detained and sought the extradition of political exiles, dissidents, human rights defenders, civil society activists and journalists critical of the government in clear violation of international human rights standards. The system is used to target political opponents who have committed no crime other than being critical of President Erdogan’s government.

Another system that the Turkish government also manipulates is the INTERPOL’s Stolen and Lost Travel Documents Database (SLTD) by filing tens of thousands of cases for critics and opponents who, in many instances, are not even aware that their passports have been invalidated. In several cases some of these people were stranded at international airports or put in detention before they were released or, in the worst cases, extradited.
In these circumstances, how can INTERPOL clear itself of such developments, which violate its constitution? Every move holds political and ethnic dimensions. Without reservations, one can say that over the Turkey question, INTERPOL neutrality is not put at risk but is already highly compromised.

Otherwise, how does one follow this logic? That, the Erdogan government has been so fraudulent on and abusive to INTERPOL filings system, harassing critics and opponents that it is set to be the host country for the 2021 General Assembly?
Definitely, Turkey is not the only undemocratic country to abuse the organization’s systems. But hasn’t the Turkey situation grown with so much impunity that the 194-member countries should recognize the need to put INTERPOL back on track? How can a country that is virtually part and parcel to the violations of INTERPOL mandates host the organization’s highest meeting?
INTERPOL, by letter and spirit, is an organization bringing together global efforts to clear the world of all sorts of crimes. It is an angels’ set up, so to say. How can it feel comfortable with holding the world’s anti-crime highest meeting in Erdogan’s hell site of transnational repression? God forbid.

Although there is an African indigenous knowledge that says “the medicine of fire is fire”, the same knowledge cautions that “when you respect a person who prefers to walk naked, in the end you turn your eyes to him or her.” In terms of respect for human rights and international law, Erdogan is naked. Is it fair for the INTERPOL to be under his armpit so that it cannot notice the real situation? No. God forbid. While Erdogan needs a democracy and human rights dress, INTERPOL has to put on a more diligent cloak of approach regarding requests submitted from repressive countries like Turkey.