Is Islam compatible with democracy? 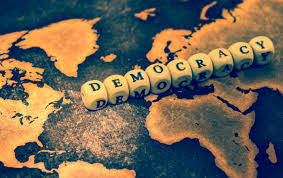 After attracting attention to the basic mistakes made by the people who oppose democracy and reviewing their primary arguments for the sake of rejecting Islam, we can finally ask the following question: Is Islam really compatible with democracy?

First, the following question must be asked in order to provide a proper answer to the question above: How will it be possible to conclude whether democracy is an appropriate regime for Islam or not and what will be the starting point of this conclusion? As mentioned earlier, there is no regime that is put forward by Islam as an alternative against democracy; there are only some universal principles suggested by Islam about governing. Therefore, the most important point we should focus on this matter is whether democracy contradicts these principles or not.

There are several ways to determine whether a practice is appropriate to Islam or not. First of all, it should be checked whether the “nas” (verses of the Quran and Hadiths) include it, in other words, whether there is evidence about it in Islamic provisions or not; secondly, to what extent this practice squares with the spirit, fundamental principles, and purposes of Islam; thirdly and finally, it should be checked whether there is any violation of the nas or not.

To our knowledge, the mechanisms of democracy such as voting, elections, parliament, constitutional system, and separation of powers; also the fundamental values of democracy such as freedom, equality before the law, human rights, respect to different opinions, consensus, and tolerance are not contrary to the nas. Let alone being contrary; it is in harmony with many religious concepts and principles such as shura (consultation), bay’ah (homage), ijma (consensus), compromise, “al-amr bi-l-maʿrūf wa-n-nahy ʿani-l-munkar” which means enjoining good and forbidding wrong, embracing maslaha (basis of law Islamic law) and abandoning malignancy,  implementing reason and justice, preventing cruelty and corruption, providing the rule of law.

Shura and bay’ah are of great importance among these concepts. Allah (SWT) commanded the following and thus showed the way of how the affairs of the government should be carried out; “And whose affair is [determined by] consultation among themselves” (Surah Ash-Shuraa 42:38). According to this verse, all kinds of government and political affairs must be based on consultancy, which basically forms the essence of democracies. Because the most effective way to avoid one-man regimes and prevent despotism and oppression is to resolve all affairs through consultations.

And bay’ah is a kind of treaty between the people and the rulers. The purpose of this treaty for the people is to allow them to elect and approve individuals to rule, and for the rulers to obtain the authority and power they get from the will and sovereignty of the people. This is the essential point that separates democracy from monarchy.

Freedom, which is the ultimate objective of democracy, is one of the most fundamental purposes of Islam with one aspect. Because the main reason for Almighty Allah (SWT) sending prophets and divine books is to save the people in order for them not to be servants of their own desires, wishes, eagernesses, higher ranks and offices, possessions, tyrannical rulers, religious functionaries, totems, different ideologies and all of the “ism”s, and be a servant of themselves only. This is the way to real freedom. Because according to the opinion of the believer, the only way to elude all other servitude and be free in a real sense is to worship Allah (SWT) properly.

On the other hand, the very fact that Allah (SWT) endows people with wisdom and will and leaves them alone with their own preferences show the value granted to freedom by Islam. Believing in polytheism (shirk) and patronizing Allah (SWT) are among the inexcusable sins. Allah (SWT) commanded that these are the actions that result in the most severe punishment (Sahih Muslim, Birr 136). However, Allah (SWT) does not interfere with such sins of the individual whom He created the best possible way, attributed honor and dignity, and appointed as a caliph for Himself. As He does not interfere, He did not grant such authority to the prophets either.  Allah (SWT) commanded throughout many verses of Quran that the duty of the prophets consists of announcement and guidance (Surah Al-Ma’idah 5:99, Surah An-Nur 24:54), and the prophets have no right to exercise power on anyone (Surah Al-Kahf 50:45, Surah Al-Ghashiyah 88:22)

Experiencing and understanding the message of Islam depends on humans being freed from all constraints and oppressions. Because it is not possible to be a human or believer in real terms where there are different types of pressures and compelling. The main feature of humans, which basically makes them humans and distinguishes them from other living creatures, is that they possess intelligence and will, have the ability to make choices, and live their lives according to these choices. This is the reason why the countries ruled by democratic regimes, where both humans will be able to live a humane life and believers will be able to live their religion in real terms, are the most suitable places.

As it is known, the total number of people who converted to Islam during the one-year period after the Treaty of Hudaybiyyah is the same as the total number of people who became Muslims during the 19-year period until this treaty. Therefore, it is not possible for the message of Islam to be perceived and correctly evaluated during the periods when there are tensions and conflicts between different groups of society. There is a need for reconciliation and peace environment in order to achieve this. And democracy is the most convenient system that can provide this in a world where diversity is very dominant in all levels of society.

As a matter of fact, with regards to the history of Turkey, we can see that the religious people were able to breathe freely again and the way for the Islamist parties was cleared during the time when democracy became operational. Democracy has always paved the way for Muslims in social, religious, and political lives. Because the free and comfortable environment provided by democracy allows Muslims significant opportunities such as carrying out all sorts of activities and studies, organizing in social and political fields, and defending their own thoughts and ideas.

The periods when the Muslims were most withdrawn into themselves, deprived of their rights, the possibility of living their religion is taken away, marginalized, excluded, and purged from the state institutions were the times when oppressive and totalitarian conception was dominant.

Despite the fact that Muslims have benefited so much from the opportunities provided by democracy, still opposing democracy or abandoning it when they seize power and gain strength after being the most fanatic supporter of it during the period of autocracy is an attitude that is really difficult to understand. However, the anti-democratic attitudes of present-day Muslims will only serve to undermine themselves or shoot themselves in the foot.

Moreover, such an attitude means beating their heads against a brick wall. Because this is contrary to public opinion. Therefore, the Muslims will get nowhere by opposing democracy in a globalizing world. If Muslims do not want to stay out of the world they live in and be extra-temporal, they must own the values of democracy and even try to improve it.

Without a doubt, Western democracy has aspects that can be criticized in terms of Islamic values and ideals. However, what kind of a regime or state exist in the world which are completely flawless? Is it possible to assert that the regimes and states in Islamic history are perfect from the viewpoint of Islam? Despite their level differences, the periods of Abu Bakr and Umar are the closest ones in terms of practicing perfect politics in proportion to the period of our Prophet (PBUH) who practiced politics in a completely perfect manner. And the periods of Uthman and Ali were close to the first two caliphs in terms of perfectness in comparison. And together with the Umayyads, the difference grew even further. Therefore, anthropic and historical realities must be taken into consideration when evaluating the subject.

Consequently, we can say that Islam and democracy are neither alternatives nor enemies for each other. On the contrary, democracy is the most appropriate and ideal regime among the existing ones in terms of Islamic principles and values. Should Muslims want to get rid of the tyrant regimes and would like to have a voice in the world of the future, they should support democracy more than the Westerners. Instead of spending all of their efforts in order to establish an “Islamic state”, they should focus on more urgent problems such as ignorance, tyranny, poverty, underdevelopment, and they should be fully aware of the fact that they will be able to find solutions to these problems in an environment that is comfortable, free, and secure under the wings of democracy. 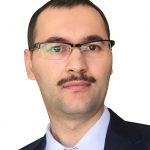