Is Lebanon becoming another Libya amid Beirut port blast? 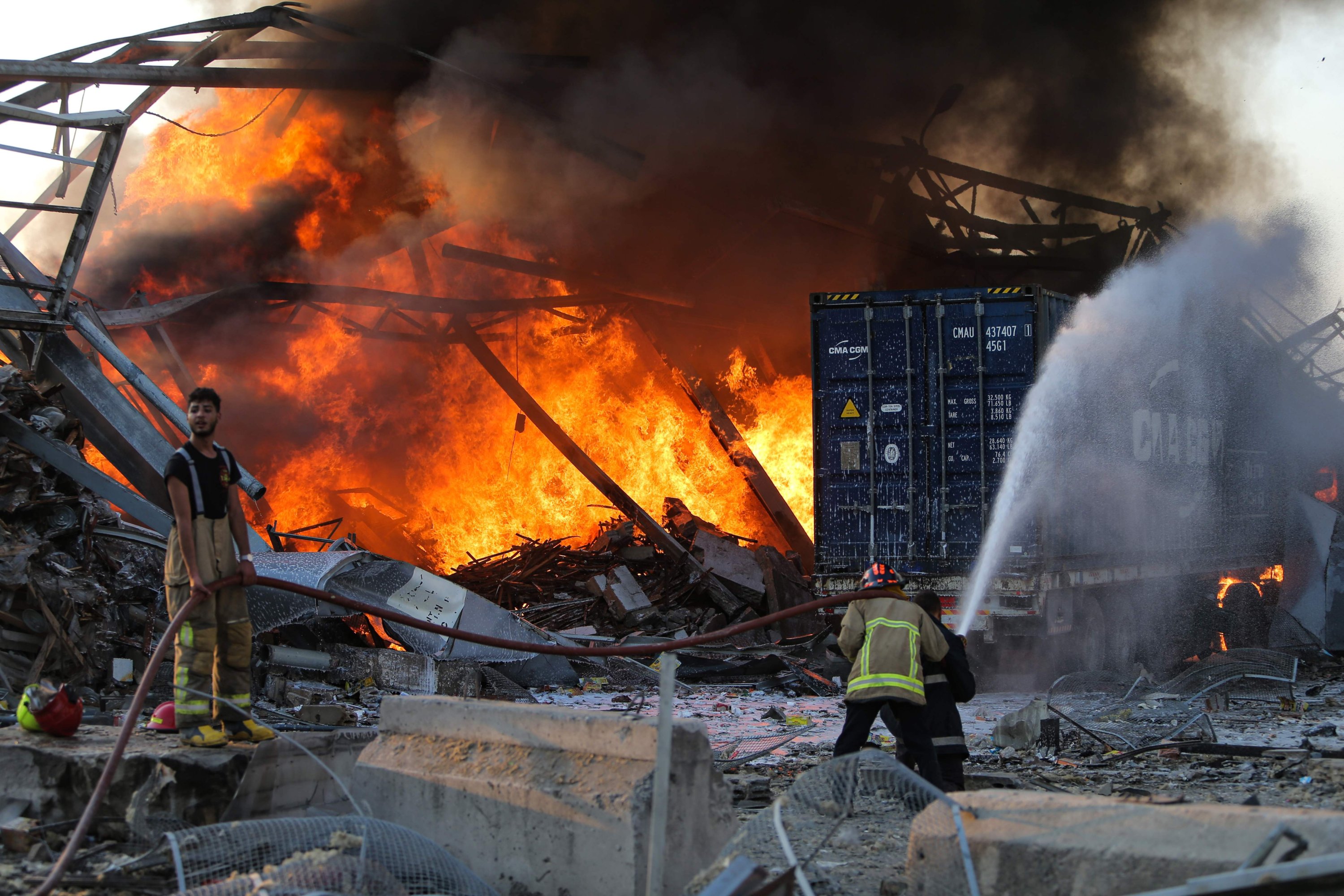 It is too early to decide whether Beirut port blast is an attack or an accident, but it is now sure that Israel will have upper hand against Hezbollah in Lebanon. The explosion was the most powerful ever to destroyed entire central Beirut, the county might not rescue itself from falling a failed state as Lebanon already grappling with the grave economic crises and internal conflict.

Lebanon Prime Minister Hassan Diab said 2,750 tons of the agricultural fertilizer ammonium nitrate that had been stored for years in a portside warehouse had blown up. Beirut Governor Marwan Abboud, who burst into tears while speaking on camera, likened the explosion to those of Nagasaki and Hiroshima in Japan during World War II.

Turkey’s Lebanon Ambassador Hakan Cakil told that the cause of the fire and owner of this highly explosive chemicals are still unknown. Many news organizations report that the Beirut courts left custom officials’ repeated pleas that the dangerous industrial chemical was left for six years in a warehouse unanswered. Why a cargo vessel which was carrying this ammonium nitrate, was allegedly heading to an African country but faced difficulty in the Mediterranean Sea and found refuge in far-away Beirut seaport is also strange.

At the moment, the world is standing to help Lebanon, but the country might face internal conflict and external intervention in coming months. Israel Prime Minister Benjamin Netanyahu first showed a diagram of Hezbollah’s underground “precision missile production facilities” in Beirut during his address to the 73rd UN General Assembly in New York on September 27, 2018.

Netanyahu has been repeatedly warning that Lebanon “is becoming a factory for precision-guided missiles that threaten Israel and he will cannot accept this threat. Israel is putting non-stop effort to prevent Iran to have military base in Syria and Tehran’s transferring deadly weapons from Syria to Lebanon.

According to the Israel Defense Forces, there are three sites in Beirut which are being used by the Iran-backed Hezbollah. Netanyahu tweeted on 28 September 2018 that “Iran is directing Hezbollah to build secret sites to convert inaccurate projectiles into precision guided missiles. This is Beirut’s airport. The first site is a few blocks from the runway. The second site is under a soccer stadium two blocks away. Third site is adjacent to the airport.” Israel Defense Forces reports that Iran was constructing underground missile conversion factories in Lebanon since March 2017.

U.S. officials said Wednesday there is no indication the massive explosion in Lebanon that killed at least 100 people was an attack, contradicting President Donald Trump who said American generals told him it was likely caused by a bomb.  U.S. President’s calling Lebanon blast as an attack can trigger the conspiracy theories which claim Israel was behind the attack that might lead the region into another war. For example, Turkish journalist Güngör Yavuzaslan commented on CNN Turk, that although Israel denies any involvement in the blast, Netanyahu’s threat of Hezbollah’s sites in Beirut makes Tel Aviv suspicious in the explosions.

Lebanon has quite small population of around 6 million and the country faces huge economic challenges since the Covid-19 outbreak. Lebanon’s key economic artery is destroyed and as the country rely on imports for almost everything, the severe economic crises might completely leave millions helpless. The deadly blast wiped out the country’s 85 percent of grain silos and Lebanon has only less than a month of grain left after the destruction of silos in the port.

Lebanon is not only facing economic challenging and corruption, as the county located between Syria and Israel and Beirut government face possible intervention from both countries. Lebanese President Michel Aoun warned on last Saturday that his country is prepared to defend itself against Israel’s attacks following Tel Aviv’s operation in southern Lebanon. Syria ended its Lebanon occupation in 2005 following the assassination of former Lebanese Prime Minister Rafik Hariri but Damascus might attempt fresh border operation into Syria.

USA has no good memory in Lebanon as two truck bombs struck American and French peacekeeping forces during the Lebanese Civil War on October 23, 1983. The attack killed 307 people of which 241 were American soldiers. After decades, US Secretary of State Rex Tillerson was left waiting for several minutes for Lebanese President Michel Aoun in a room in Baabda Palace, Beirut on 15 February 2018. Tillerson were not offered water on the table. Tillerson said in the meeting that Hezbollah role is a threat to Lebanon.

Libya is a failed state now in Mena region and the situation threatens entire region as many international powers actively involves Libya’s war. Hezbollah increased its popularity since 2006 resistance against Israel. A UN-backed tribunal is expected to give a verdict on Friday over four Hezbollah-linked suspects in their connection to the 2005 truck bombing that killed former Lebanese Prime Minister Rafik al-Hariri and 21 others. Lebanese people fear that if UN tribunal’s indicts Hezbollah members, the unity government led by the then Prime Minister Saad Hariri will collapse. If two powers arise in Lebanon, the county might be a place of another international proxy war.