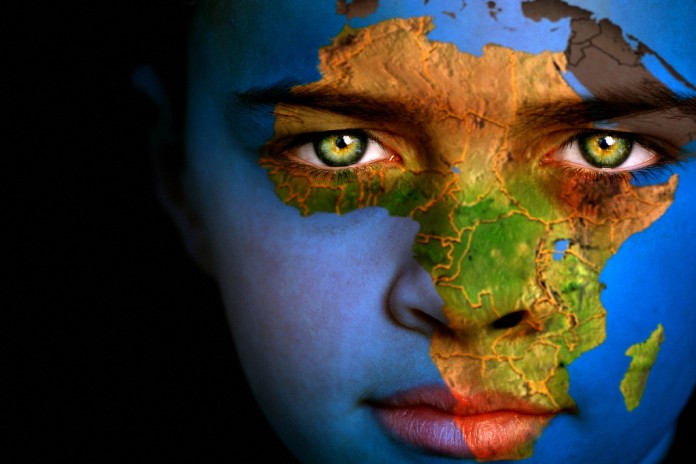 To borrow a little from the HIV/AIDS experience, is Africa, some of whose countries have exited their 2019 polls; opening doors for the 2020 electoral decade for others, showing signs of a continent increasingly coming under the democracy deficiency syndrome threat?

That is the question – to be or not to be. And time will, of course, tell.

However, revisiting what has already been taking place on the ground already paints a hot puree picture embracing governance, rule of law, tolerance and accountability issues.

Post-colonial military coups d’état and assassinations of political leaders put aside, many African countries that set their foot on the multiparty rule road (actually some of them back) in the 1990s have had to sail on the rough seas.

Some first generation independent African leaders, the likes of Tanzania’s Julius Kambarage Nyerere, voluntarily stepped down. Others, like Algeria’s Abdelaziz Bouteflika, clung to power to the extent of dozing on the throne. Many second generation leaders have dared upgrading their countries’ governance infrastructure to befit the digital age while their characters have remained analogue.

A number of leaders have worked hard on creating ‘favourable’ conditions for to remain in power through rigging poll results and interfering with constitutional term and age limits, leading to internal clashes. They have, in the process, committed what Mahatma Gandhi described as a world blunder – to practice politics without principle.

Retired Third Phase Tanzania Government President Benjamin William Mkapa perhaps summarized it better in his recently launched  memoirs titled: “My Life, My Purpose: Tanzanian President Remembers”. Says he: “We have seen leaders trying to retain power beyond their allotted term. If you have served well, yet choose to remain beyond your term, which results in a threat of unrest, why do you, as a leader, want to see violence erupt? Why spoil your record of leadership and create crisis. Why?”

Further closer look on the ground reveals that at the end of the electoral process in certain parts of Africa, there are cases of, on the face value legitimate polls being held but, at the same time, bringing about leaders who have no legitimacy.

There are cases where opposition parties are denied chances of engaging with the public, while their contestants fail to go through registration. This leads to poll boycotts. Ruling party candidates are returned unopposed.

Somehow, this exposes the electoral process to some degree of ridicule. For, registered voters don’t vote. They don’t come to polling centres. So, they cannot say “yes” or “no” to the sole contestant. The lone candidate is above the vote, so to say.  Without opposition, he or she takes it all.

Grassroots local government polls held in Tanzania towards the end of November, 2019, are a case in question. Unopposed ruling party candidates were reported to have scooped 99.9% of the (uncast?) votes in a polling exercise that was boycotted by the opposition due to claims of an unfair playground involving mass disqualification of their candidates.

This attracted negative remarks from the United States and British embassies expressing concern about the system and questioning the credibility of the process and results.

“We are deeply concerned about the handling of civic elections. The lack of accreditation of credible domestic observation, coordinated disqualification of opposition candidates and their decision to boycott have all denied Tanzanians the opportunity to decide their local leaders in a free, fair and transparent manner”, said British High Commissioner Sarah Cooke on Twitter Account.

There have been reasons put forward regarding the opposition parties’ withdrawal as being unreasonable. But then, in essence, what does one say about the dangers of this legal polls exercise churning out leaders without legitimacy?

If this is anything to go by, a sad precedent has been set for the forthcoming 2020 parliamentary and presidential elections. What if the opposition parties, having lost foothold of grassroots leadership, decide to let it go? Shall Tanzanians have a sworn in president and members of parliament for whom they won’t have to go to vote?

The African Charter on Democracy, Elections and Governance recommended by 55 member countries of the African Union provides for professional and discreet security agents at general elections and results being released according to procedures. That is, the presence of party agents, result forms to be signed and their copies posted at polling stations.

Three days after elections, the Nigerian electoral commission confirmed President Muhammadu Buhari re-election with 56% of the votes and over 25% of the votes cast in 24 of the 35 States.  He beat his close ally and former Vice-President Atiku Abubakar, whose party rejected the results alleging malpractices.

Senegalese incumbent President Macky Sall of the Alliance for the Republic was re-elected for a second term with 58% beating his opponent Idrissa Seck (20%). He was accused of barring some of his main rivals from running.  Two opposition leaders were barred due to previous convictions for misuse of public funds. Senegal has room for private candidates.

Algeria has been a hot bed protests since February to the present day. Very lately, demonstrators have gone back to the streets to renew their opposition to a presidential election they say will keep in power a political elite rejected by the people.

Ailing Abdelaziz Bouteflika (81) stepped down in April under pressure from the street as he expected to run for a fifth term. Powerful Army chief General Ahmed Gaid Salah, the country’s main powerbroker, has led a push for presidential polls by the end of 2019, after an earlier date was missed because no candidates came forward.

The protesters have chanted: “The elections will not take place… How do you expect people to go and vote when the candidates are all offspring of the system?”

Feelings on the ground claim all presidential candidates would do is seek to carry on Bouteflika policies and “make promises that will never be kept. The election would turn out to be the biggest abstention-hit poll since Algeria gained its independence from France in 1962 “because voters will stay away”.

In South Africa, the continent’s oldest party, the African National Congress (ANC) won the smallest percentage of votes in the 2019 elections collecting 57.51% that saw Cyril Ramaphosa become the president. This compares with 69.69% in 2004 dropping to 65.9% in 2009 and 62.15% in 2014. In those elections, ANC lost Johannesburg and Pretoria for the first time since the end of apartheid. Failed leadership and corruption within ANC ranks have been the major causes.

Post-election Malawi has seen supporters of the ruling Democratic Progressive Party (DPP) and protestors led by the opposition and the Human Rights Defenders Coalition (HRDC) in clashes. There are demands for the resignation of the electoral commission head for allegedly mismanaging the May 21 presidential election that saw President Peter Mutharika win.

The opposition parties are contesting the presidential results in court and they are pushing for nullification of the results while President Mutharika is alleged to have received a kickback from a $4million government contract – the charge he denies.

“We reject the results of the election and we consider that they in no way express the will of the Mauritanian people,” presidential candidate Sidi Mohamed Ould Boubacar, said vowing that the opposition would use “every legal means” to challenge them.

He charged that the polls that saw Mauritania’s ruling party candidate Mohamed Ould Ghazouani win the election with 52 per cent of the vote were marred by “multiple irregularities… (and) eliminated any credibility”.

Second placed candidate Biram Ould Dah Ould Abeid (18.58 percent) told the opposition news conference: “We are launching an appeal to the Mauritanian people… to resist, within the bounds of the law, this umpteenth coup d’état against the will of the people.” Ghazouani had already declared himself the winner of this vote –the first in Mauritania’s coup-strewn history. The opposition raised concerns that the vote could perpetuate a government dominated by military figures.

One could go on narrating the gone polls on the African continent through Mozambique, Botswana, Namibia and Tunisia and make predictions about the coming ones to be held in 16 counties in 2020.  These include Burkina Faso, Burundi, Cameroun (already postponed twice), Egypt, Ethiopia, Gabon, Ghana, Ivory Coast, Mauritius, Tanzania, the Seychelles, Somalia, Sudan (everything hot) and Togo.

The first generation African leaders loved their country; but stayed too long. Those of today are ready to go in for digital polls; but they want to reserve the right to ‘improve’ the ballot figures and constitution ‘retouching’.

The writing is on the wall. The African polls story is told. And the question still stands. To be or not to be, what is the state of the continent’s electoral system? Is it increasingly coming under the democracy deficiency syndrome threat? That is the question.