Is Renaissance for the Turkish Left Possible? 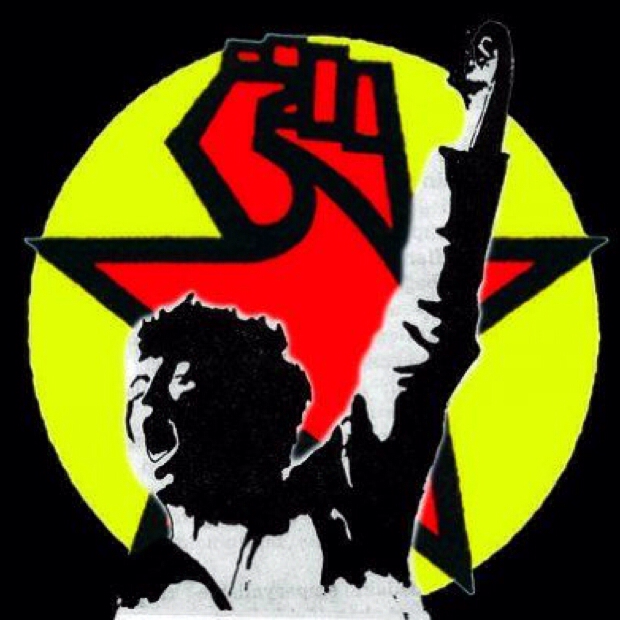 It is so disappointing to see that Turkish left-wing newspapers in Turkey use similar hateful language against Gulen Movement and sometimes do not hesitate spread some fake news.

Reading the left-wing publications in Turkey is definitely not enough to acknowledge the depth of the relationship between the Turkish left-wingers and democracy, law, and human rights but it certainly provides an overall idea.

The bombing of the Turkish-supported jihadist elements by the Russian Federation two weeks ago prompted Turkey to revise their relationship with Russia. In exchange, the jihadist elements in Idlib protested Russia by carrying banners, which had the image of Al-Nusra linked Turkish police officer who killed the Russian Ambassador.

Birgun Newspaper, which claims to be a left-wing publication, was not shy about publishing the related news worded as follows:

“During the demonstrations organized by the jihadists in Idlib, the banners were carried showing the images of FETO member Mevlut Mert, who killed Russian ambassador Karlov. The banners were carried during the demonstrations, which showed FETO member Mevlut Mert Altintas, who killed Russia’s Ankara Ambassador Andrey Karlov, while he was pointing a gun at the ambassador.”

The published news at Birgun Newspaper were probably written in fear, since the state has already gotten its claws into Cumhuriyet Newspaper, which was considered a castle for the left-wing in Turkey, with the alliance of AKP (Justice and Development Party) and the Nationalists. This situation alone is enough to show the difference between the Turkish left-wing and the European left-wing.

Democratization of the socialist-left in the world is a result of a long journey. Human rights of the left-wing developing an intimacy with the concept of democracy took much time. But eventually it was not democratized with its opposition to the system, but with its self-contradiction, changing, and evolving. Nevertheless, it succeeded. As a matter of fact, the flag of the human rights struggle is in the hands of the left-wingers to a large extent especially in the Western democracies. They are the ones providing the highest support to the minorities, fragile groups, and violated individuals.

The left-wing in Turkey, however, is such a system that discriminates coups, and sometimes appeals to them, and also gets a beating from time to time only to be more bodacious. For instance, Turkish left-wingers take the 1960 military coup-which led the execution of then-PM Adnan Menderes-, as a revolution and idealizes it while they denigrate the 1980 coup since it mainly targeted the left-wing.

One of the main reasons of the left-wing in Turkey to be state-centric and nationalistic is their linkage to Committee of Union and Progress which aimed to modernize the Ottoman Empire by copying the Meeji-Era of Japan and ultimately make the Ottoman Empire a great power again by using Turkish nationalism. It’s a fact that the major recruitment pool of the communist and socialist parties in Turkey came from former members of the Committee of Union and Progress.

Because of the nationalistic heritage of the Turkish left and the influence of Kemalism, which was the official state ideology for decades, Turkish left mostly has similarities with Ba’athist movements in the Middle East, especially in Syria, rather than Communist Parties. That simply explains the rationale of the close alliance of Turkish Patriotic Party led by Mr. Dogu Perincek and the Syrian Ba’athist Party and Assad regime. Simply put, while President Erdogan of Turkey fought Assad forces in Syria for the last couple of years, now is forced to share his powers with Assad’s ideological partners in newly emerged Turkey after the failed coup attempt in July 15, 2016.

Regardless how hard the socialist left opposes the regime at a discourse level, it contains both Unionist and Kemalist prejudices within itself. It reflects its nationalism covertly, while reflecting its ignorant positivism and religion perception overtly. That is why the nationalism-type national-socialist deviation gets a foothold easily.

Is a renaissance for the Turkish left possible? It’s so difficult.

Since renaissance is an intellectual concept. It is an aspect concerning the understanding of life. It is a matter of knowledge. In that respect, renaissance first requires a new perspective, a new perception, and synthesis which must suppress the current politics. And that could solely be provided by the intellectual renaissance. By evaluating the political situation in Turkey and examining the left-wing political parties and newspapers, Turkish left-wing seems that is deprived of this accumulation and opportunity.

If the Turkish left has been unable to renew itself, this is mainly because it could not manage to peruse the transformation within this framework. A left-wing, which is not capable of intellectually transform itself, is not capable of politically renewing itself neither.

Has the Turkish left-wing ever bothered to answer this question? “How should be the 21st century left-wing?” Turkish left-wingers cannot describe themselves and do not search for solutions for the problems of Turkey. They also lack in translating and importing the western left. Turkish left-wing cannot cut loose from fascism, and tries to survive under the anti-democratic government enforced by the state. Turkish left-wing, which was stuck somewhere between 1789 and 1930, cannot be neither a power nor an opposition in Turkey.

In these circumstances in Turkey, expecting left-wing newspapers, which try to survive representing Turkish left-wing, to carry out the most basic journalism principles is nothing more than a fool’s errand I suppose.