Is Syria war heading to the Mediterranean? 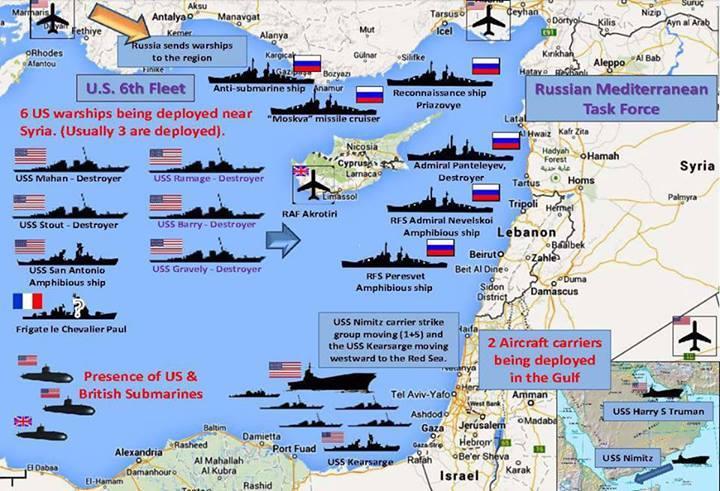 Before the world recovers from memories of the Syria war, it looks, with a relatively low margin of error, that the Damascus story is set for a new theatre. This time round, it is destination Tripoli, putting the peace of Libya and other Mediterranean and North African countries at risk and with very possible spillovers.

A fully developed recipe for adding salt to the Syrian war world wounds is ready at table. All ingredients for a repeat are not only there; they are ripe as well. Consider the following flow of facts.

About eight years down the end of four decades of the Muammar Gaddafi rule, Libya is yet to take even a peep into what could be expressed as the crudest form of democracy. Gaddafi’s ghost is still haunting the country’s politics, economy and the people, to say.

Internally, the Libya conflict thrives on the fertile confrontation field between forces of the UN-recognized Government of National Accord (GNA) and military commander Khalifa Haftar.

On the ground, the Daesh/ISIS terror group is effectively on its marks, more set than before, and ready to go, as they express it in the world of athletics. Some of the participants (the militants), who carried out the attack on Libya’s second biggest city, Benghazi, have confirmed links with al-Qaeda in the Islamic Maghreb (AQIM), al-Shabaab in Somalia, and Boko Haram in Nigeria. What a ferociously dangerous ‘explosive’ mix!

With what can be expressed as “situation rent”, in respect of the politics of the Mediterranean, North and sub-Saharan Africa, Libya is the next natural attraction of competitors, the likes of the key players in the Syrian crisis.

The Russians are there. Claims of keeping aloof of colonization malpractices notwithstanding, Russia is already on record for raising its military presence in Libya – even to the extent of mercenary level! Who would be comfortable with news of the country siding with Khalifa Haftar – that military commander fighting the UN-recognized government? Where and how has Russia established a dividing line in Libya between it its interests and those of the United Nations world body of which it is a member?

There have been media reports hinting on Russian troops having been in control of an airport in Libya. GNA spokesman Col. Mohammed Kanunu was quoted as releasing information about the neutralization (killing?) of eight mercenaries from Russian private security company Wagner during operations.

There have been claims of Russia printing Libyan dinars worth billions of US dollars to circulate parallel to those of the Libya Central Bank to help Haftar’s forces out of Tripoli deadlock.

In the practice of law, it is held: “Qui tacet consentire videtur”—meaning he who keeps quiet seems to have consented. In the absence of a word to the contrary from Russia on the subject matter, should the world go by this tenet of the learned friends?

Along the lines of the rules of the (war) game, the presence of Russia on the side of Haftar led to a rethink of the US stance. When Haftar began operations, President Donald Trump expressed his support, only to learn later that Russia had beaten him to it and stood better maneuvering chances in world politics. He thus changed the course.

That is the Trump. Then, he knew, Russia had eaten into the US cake in the Middle East and North African (MENA) countries that support Haftar. These are Egypt, the UAE, and Saudi Arabia. But all the same, the game was set with the US having `to go back to the drawing boards.

Policies and practices of both countries are on each other’s necks in the struggle for a share in the politics of Libya as a gateway to the Middle East, the Mediterranean and North Africa. Propensity for their military involvement cannot be ruled out translating into a replay of their Syria experience.

While Libya remains the US and Russian influence closely contested launch pad, it pays for the rest of the world to think beyond the flow of events. The point at issue is not Libyan democracy. It is the oil and gas that is within the Mediterranean region. And this is one of the big factors for the entry of the Syrian war common denominator, Ankara, in the scene.

Ankara, of course, has its own other long lasting agenda in the area. But the way the UN-recognized Libyan government has played into the hands of Turkey raises another interesting entry on the Syrian war replay menu.
Last month (November) Turkey and the internationally recognized government of Libya signed an accord defining their boundaries and a deal on expanded security and military cooperation, a step Turkey said was for protecting its rights. This is not the first time Turkey is saying so. The same reason it gave for the military incursion into Syria and the anti-NATO group step of acquiring the Russian S-400 missiles.

Athens, a set-and-hold sworn enemy of Ankara, as we say in the subbing media world, called the accord absurd because it ignored the presence of Crete between the coasts of Turkey and Libya. Angered Greece warned and went on to expel the Libyan ambassador to Athens “for failing to provide clarifications…”

Libyan Foreign Minister Mohamed Siyala told Reuters news agency that Greece’s decision was not acceptable, and that Libya would have reciprocated if Greece had diplomatic representation in the country.

“It is Greece’s right to go to the International Court of Justice and to the legal channels to remove any confusion. But to take the stand of expelling the ambassador, summoning him and escalating the situation, this is unacceptable to the Libyan government,” Siyala said.

Turkish Foreign Minister Mevlut Cavusoglu also condemned the move. “Expelling an ambassador just because of the (agreement) that we signed is not a mature behaviour in diplomacy. This is outrageous,” he was quoted as telling the media in Rome.

In the words of Greek Prime Minister Kyriako’s Mitsotakis, “Turkey’s attempt to abolish the maritime borders of islands like Crete, Rhodes, Karpathos and Kastelorizo with tricks such as void bilateral memorandums of understanding will not produce internationally legal results…. (Ankara) cannot challenge the sovereign rights of our islands, which are enshrined in international law and particularly by the Law of the Sea.”

He classifies Turkish actions s “provocative…” The US State Department called it calls the Turkish move “unhelpful and provocative”, adding it risked “raising tensions in the eastern Mediterranean at a sensitive time”.
Athens accuses Ankara, which refuses to recognise the maritime convention, of raising groundless claims against Greece by deliberately disputing the continental shelves of its islands.

A look back into history reveals that since 1967, Greece and Turkey have come to the brink of war five times. Now, Greece has contemplated on holding joint military exercises with other NATO allies like France and Italy.
Of late, Turkey, whose defense minister said military action cannot be ruled out in the Mediterranean, revealed latest locally-made armed drone, equipped with the smart technology, having been successfully tested in the northwestern part of the country. Designed for strategic military tasks, the raider, unmanned Combat Aerial Vehicle, stayed in the air for 16 minutes after completing a fully-automatic taxi and takeoff and successfully implemented its first fully-automatic landing at the Çorlu Airport Base Command.

Foreign Economic Relations Board (DEIK) revealed that it had signed a cooperation deal on information sharing with Afghanistan’s National Procurement Authority as part of a business meeting organized by DEIK’s Turkey-Afghanistan Business Council. The target, among others, is to increase the annual bilateral trade focusing on, among others, energy and security fields. Accessing information and security are the two critical points for increasing Afghan-Turkish relationships.

One has to re-read Plato’s The Republic, in which it is written: “There can be no good government until philosophers are kings and the kings, philosophers.” The story reads like Turkey (Erdogan) trying to act sboth kings and philosophers – the product of which is explosive.

A professor of international law and an MP in the ruling party Angelos Syrigos observes: “Athens is very worried because it sees a Turkey now led by a man who is determined to play as hard abroad as he does at home.”

He goes on to blame Erdogan’s “… gunboat diplomacy and … Ankara’s aggression to a great degree… to … both Washington and Moscow endorsing its invasion of Syria.”

In this circumstance, what is there to prevent the War of the Gulf of Antalya? In case of doubt, why not take it from the Turkish Minister for Foreign Affairs, Mevlüt Çavuşoğlu, who said plans were at hand to speed up its collaboration with Britain for the building of a new generation of fighter jet engines for the Turkish air force.