HomeExpertsIs the S-400 deal a ploy by the West to push Turkey...
ExpertsTop Stories On Turkey

Is the S-400 deal a ploy by the West to push Turkey out of NATO? 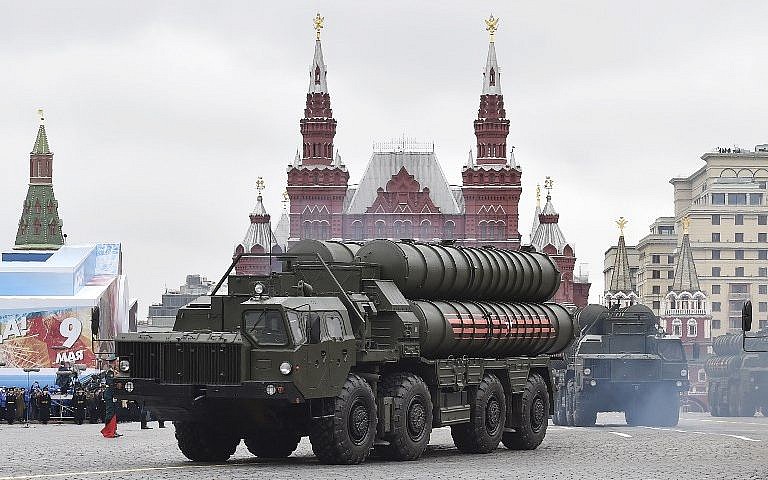 Despite consistent pressure from the US government over the years, Turkey received the first shipment of Russian S-400 defence missile on Friday. Turkey, which is positioned between the East and West, becomes the only country that will have the sophisticated Russian surface-to-air missile S-400 and the US patriot system. Will NATO allow Turkey, a strategic member to use Russian missiles? Or is Turkey falling into the ‘S-400 trap’ as the West may be using Russian missiles as an excuse to push Ankara out of NATO?

The Ottoman Empire protected the state’s very existence through strategic alliances for centuries. The most famous one, the Franco-Turkish alliance which was established in 1536, lasted intermittently for more than two and a half centuries. After defeating colonial powers Mustafa Kemal Ataturk embraced the policy of ‘Peace in the World and at home.’ Ataturk also prevented his new republic from engaging in other wars. Ataturk’s modern Republic became a strategic ally with the US in 1950 with the Marshal Funds. Turkey served as a front station for the US against Russia during the cold war.

Despite all the good relations, Washington and Ankara experienced many major differences during the past 70 years of the close relationship. The biggest crises happened on 1 March 2003 when the Turkish parliament rejected a proposal that allowed more than 60,000 US troops to operate from Turkish bases and ports in the event of a war with Iraq. The second biggest tension was experienced last August when a Turkish court refused to release US Pastor Andrew Brunson. Turkey has paid a heavy price for the decision after US president Donald Trump imposed sanctions for it continued detention of Brunson. As a consequence of this the Turkish Lira lost its 50 percent value in the last 10 months.

Will the US or Europe allow Turkey to use the Russian Missile?It seems that Ankara’s stubbornness on the S-400 missile will lead to more consequences.  Ankara’s first tension with the US was the Cuba Missile Crises when Washington agreed with the Soviets to remove its nuclear weapons from Turkey.This was done without consulting Ankara in return of Moscow’s guarantee for not providing nuclear to Cuba in 1962 or Cyprus operation in 1974. There’s a well-known expression that Europe’s security starts from Turkey due to its strategic location. Therefore the Western World might not leave Turkey in peace to use the Russian missiles. Turkish media agreed that Erdogan’s only supporter in the US is Trump. Even though the US President used his power to delay sanctions on Turkey for 180 days, The Countering America’s Adversaries Through Sanctions Act (CAATSA), a 2017 Congressional bill mandates US sanctions against anyone making a ‘significant’ deal with the Russian defense industry.  Trump must choose at least five of 12 possible sanctions which includes the section that  ‘Turkey will be banned to access to loans from US and international financial institutions, Turkish officials or business executives will be denied of US visa.’NATO says S-400 is a risk for the organizationTurkey previously ordered about 100 F-35 stealth jet fighters from the United States. But Washington froze Turkish pilots’ training in the F-35 program and it seems that they will not deliver the jets if Turkey has the S-400. US officials have several times expressed their fear that if Ankara has both the F-35 and Russia’s most advanced S-400, then the Russians may gain access to F-35 technology and could learn more about the F-35’s stealth capabilities. However Trump blamed the Obama administration over the S-400 dispute and he also said he didn’t think the United States would impose sanctions on Turkey at the Group of 20 meeting in Japan last month.

Turkish lira is sliding. The Turkish Lira firmed as far as 5.65 against the US Dollar after the announcement of the US Federal Reserve (Fed) President Jerome Powell’s larger interest rate cut recently, but started weakening as far as to 5.77 after the delivery of Russian S-400 missiles.

Many Turkish social media users suggest that the Russian S-400 missile is a trap set up by NATO against Turkey. The Turkish Aydinlik newspaper reports that NATO has rights to conduct operations in Turkey. Maybe these comments could be regarded as populist. On the other hand, European capitals are highly divided on authoritarianism in Turkey. Erdogan won the referendum and transformed Turkey from parliamentarian to presidential system which gave Erdogan unlimited power. While some Western capitals such as Berlin oppose Erdogan’s one-man rule, many other European leaders raise very weak voices against his human right violations. Despite the UN, EU, Amnesty and many other international institutions having reported on a post-coup purge in which the AKP government has jailed more than 80 000 people and charged over 500 000 Gulen Movement members; many European states never issued any condemnation letters and continue to have close relations with Turkey. In recent weeks the world discussed whether the US or Europe should interfere in Iran. Any ordinary Turks will say that the West will never interfere in Iran as the recent war in Afghanistan, Iraq, Syria, Yemen all helped Iran to increase its influence. Turks say that US and Europe finance have been arming Kurdish armed organization PKK which wants to form an autonomous and independent Kurdish state. An estimated 30 million Kurdish people live across Iraq, Turkey, Syria and Iran. Iraqi Kurdistan formed after the first Gulf war and Kurds got autonomy in Syria. Iran has always silenced Kurdish uprisings and few years ago arrested few top PKK leaders. Interestingly, nationalist Turks strongly oppose a Kurdish state, but secular Turkish elites who had been ruling the country for decades or AKP never achieved to arrest any PKK commanders. Many local critics say that high-ranking commander of the NATO’s second biggest army (Turkish) never fought against PKK seriously. If the US and Russia agreed against Turkey, as these two superpowers are active in Syria without touching each other, Turkey might be out of NATO and become unprotected.

When Turkey faces grave economic crises under U S and European sanctions, Ankara will not be able to prevent an independent Kurdish state in the country’s south-eastern part. The European Union is also threatening Turkey with harsher sanctions after Turkey’s deployment of two ships to explore for oil and gas in the Mediterranean has sparked a dispute with Greek Cyprus.