Is the West fueling terrorism? 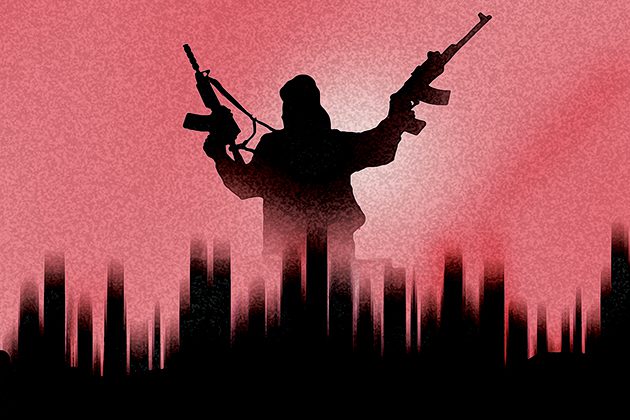 It’s now about two decades after the traumatizing September Eleven New York Twin Tower and Washington Pentagon attacks that prompted the ongoing global anti-terrorism campaign in which the West plays a frontline role. What does the story read like today? How safer is the world from undergoing repeats?

Eighteen years down the campaign lane, the picture looks still inconceivable as it sounds unbelievable. Terrorism is still on. We know this. But that the West has a hand in it sounds strange. Why engage in self-sabotage? Creation of fertile ground for terrorism is the worst error the West can commit or the last thing to do.

In media practice, it is highly recommended that in the event of disputable news, it pays “to get it from the horse’s mouth.” That is where the verdict lies. In this case, ‘the horse’ is a team of 13 former high ranking counter-terrorism personnel, including directors, special presidential envoys, special agents of the Federal Bureau of Investigation (FBI) in the USA and United Kingdom’s MI6. What do they say?

In an ‘Open Letter from National Security Professionals to Western Governments,’ titled ‘Unless We Act Now, the Islamic State Will Rise Again’ appeared at credible security platforms last week reads as follows:

“We have devoted decades to the fight against terrorism. We have lost colleagues and friends. We have borne witness to the violent rise of al-Qaeda, the Taliban, and ISIS.

“We have studied the conditions that brought those groups into being and allowed them to grow in strength. Today, 18 years since 9/11, we see some of the same conditions arising once again in Syria and Iraq….

“ISIS may have been defeated on the battlefield; but thousands of Western fighters and their families remain in detention in Syria and Iraq… The majority of detainees are not terrorists; they are children. At the largest detention camp, al-Hol in north-eastern Syria, around two-thirds of the approximately 70,000 detainees are under the age of twelve.

“Although most detainees are from Iraq and Syria, some are nationals of Western countries, whose governments, for the most part, have refused to take back and even revoked their citizenship. This is on the belief that they are protecting their citizens at home; whereas in actual fact this “hands off” stance only creates greater danger in the future.”

Environment at the camps is just ripe for recruitment of followers. Under physical and emotional abuse, radical toxic ISIS propaganda, victims are at particular risk of pursuing the path of terrorism. Those denied citizenship by their home governments have no choice to joining the Islamic State, developing into a very potential nucleus of future resurgence.

From a historical perspective, the team reveals modern Salafi-jihadist movement being built on core membership of the Taliban, literally meaning “pupils.” These were developed at extremist madrasa in Pakistani refugee camps with squalid living conditions similar to those of al-Hol.

By the way, madrasa is the grassroots level stage for the delivery of Islamic religious education. Its essence, in practice, goes beyond the conventional classroom concept. It constitutes a network which, in the event of being abused, is an efficient and effective way of instilling extremism tendencies in society right from childhood.

Back to the point, the expert team observes that at about the same time, some Arab countries prevented the return of their citizens who had fought the Soviets in Afghanistan. Some, including Osama bin Laden, eventually had their citizenships revoked. It is this group which coordinated a global network of Salafi-jihadists, whose acts of terrorism include the 9/11 attacks.

They charge that later, following the U.S.-led invasion of Iraq in 2003, prolonged detention of Salafi-jihadists and Baathists brought together some of the key elements that would form ISIS. The abuses against prisoners at Abu Ghraib and elsewhere stoked the group’s calls for revenge against the West.

As of today, the team further observes that the danger is even more acute. ISIS has more reserve funding than any Salafi-jihadist group in history, having smuggled an estimated $400 million out of Iraq. It has proven adept at radicalizing young people through social media. And, once radicalized, those young people have myriad opportunities to participate in the global jihad, because affiliates of ISIS and al-Qaeda have embedded themselves in local conflicts from North Africa to the Philippines, where Alu-Sayyaf –The Sword Bearers—operates.

Downloading what the expert team had to say on Africa, what does one see? We meet the notorious Boko Haram, famed for terrorizing Nigeria when it is actually also a West African cross border organization; Ansar ui-Islam in Mali and Burkina Faso; al-Shabab – The Youth– on the Indian Ocean East coastline and hinterland.

From the combination of al-Qaeda (The Base), Taliban (Pupil), al-Shabaab (The Youth), Alu-Sayyaf (The Sword Bearer) and blanket condemnation of Western (foreign) influence embedded in Boko Barram, what story should the world expect to read about the status of the fight against terrorism?

According to the team, “the choice, then, is clear: pay a relatively small price now, or pay a huge price later. Again and again, we have seen what happens when the West insufficiently reacts to the warning signs of terrorism: We saw it on September 11, 2001, on the Madrid commuter rail system, at the Bataclan Theater in Paris, at the Manchester Arena, at the Brussels Airport, and in other cities across the Western world.”

The group warns that “breaking the cycle of violence will not be easy, but it is better than sleepwalking back into the mistakes of the past. The West must act now.

To them, “the picture is not all negative. In fact, the present situation represents an opportunity … The UN-mandated investigative mechanism UNITAD, which is doing excellent work documenting ISIS crimes in Iraq, should have its mandate extended to Syria.

“The West should give the Syrian Democratic Forces, which manage al-Hol and other camps, the resources and expertise they need to ensure that extremists cannot use their time in detention as an opportunity to plot more violence.”

All said, there is a whole marked difference between martyrdom and criminality.  This lies in on the side from which the blame or praise is coming from. The real answer to the de-radicalization of the world is education. There is no way you can ‘bomb’ peace into society.  It is through education that people can acquire tolerance, which is a sine qua non for peace. The days for doing things through brute force are over.

Education is the wakeup call. The team is right when it tells the West governments: “Unless we act now, the Islamic State will rise again.” The question that remains is what steps to take now.

Prof. Akbar Ahmed, Chair of Islamic Studies at the Washington-based American University, has an answer through his foreword to “A DIALOGUE OF CIVILIZATIONS” book by B. Jim Carroll, focusing on Fethullah “Gulen’s Islamic Ideals and Humanistic Discourse.”  He says: “The need to build bridges is crucial in ensuring the security of our children. Dialogue and understanding are no longer an intellectual pastime; they are an imperative if we are to survive the twenty-first century.”