Is Turkey entering the provocations process? 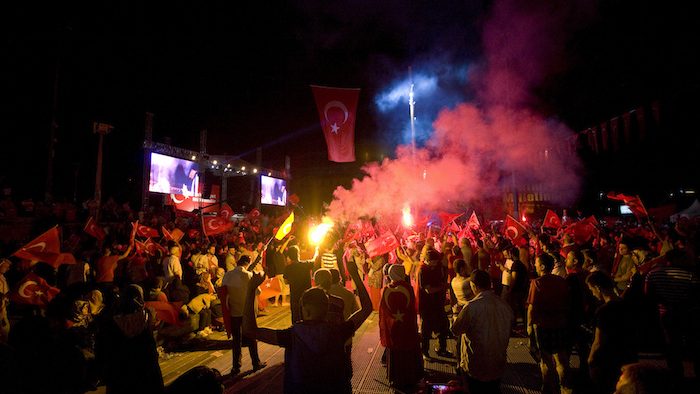 Let’s go back in time a little bit before focusing on the crisis between Turkey and US, and also the “incidents which are highly likely to happen” in the near future. Because, it is a fact that the past needs to be analysed well to see the near future.

March 2014. Ankara was in chaos. While the 17-25 December corruption and bribe operations are being carried out domestically, very important developments come to life in Syria abroad.

A tape recording was revealed in YouTube on the eve of the local elections in Turkey. Turkey had witnessed “shocking” online tape recordings before, but this was something different.

The recordings, which were uploaded through the “Seçim güdümü” (Election guidance) account and apparently were recorded through “audio surveillance”, included the dialogues of Ahmet Davutoglu, the then Minister of Foreign Affairs,

Hakan Fidan, Head of National Intelligence Organization, Feridun Sinirlioglu, the then Undersecretary of Ministry of Foreign Affairs, and Yasar Guler, the then Deputy Chief of the Turkish General Staff.

Like I said, Turkey has experienced such tape recordings in the past, but the “bomb” was huge this time. Tape of a whole “top secret” meeting was on the internet. The leaking was a scandal itself, but the ones who listened to the tape blushed deeply.

According to the tapes, Davutoglu states that Erdogan, the then prime minister, requested an opera-tion to be performed on Syria.

Hakan Fidan, Head of National Intelligence Organization, states “if necessary, we can create a justifica-tion by sending out 4 people to Syria and have them fire 8 rockets to Turkey”.

While Hakan Fidan, Head of National Intelligence Organization, states “The Turkish-Syria border cannot be controlled, bombs will explode everywhere”, General Yasar Guler explains “it is necessary to send weapons and ammunition to the opponents through the support of Mr. Hakan.”

THE MENTALITY REFLECTED ON THE TAPES

The dialogue continues and Guler states, “Qataris are looking for ammunition with cash, in case the related ministers give instructions, we can have MKE (Machinery and Chemical Industry Corporation) produce weapons.”
Fidan continues, “Syria received 2 thousand trucks of materials.”

While a justification is being searched for entering Syria, Fidan states that “they could carry out an attack to the Suleyman Shah Tomb if necessary” or “have somebody to attack up-front”.

To put it in a different way, the source of the “send 3 men across, have them fire 5 rockets back here” statement is this famous meeting.

Like many other things, this tape was lost in the confusion.
Erdogan regime once again featured the “leakage”, and did not notice the content. In fact, if any of the things discussed in that meeting would be true, it should have created a huge commotion.

The tape is available online, and there are transcripts on some of the websites. I think everybody should listen to it carefully, and then think about it. Because, the tape in question is very important for the “mentality analysis” of rulers of Turkey.

The tape in question, whether they are bureaucrats or politicians, is a very good document which shows that the rulers of Turkey are capable of “everything” for their political interests. Besides, this tape is not the “only sample”.

FIELD WHERE THE STATE IS MOST EXPERIENCED

The history of Turkey is the history of “deep state” a little bit.  It is possible to see the trails of the Psychological Warfare Office, which is “an expert for starting a psychological war especially against its own people” on every important occasion, and critical mile-stones.

For example, Sabri Yirmibesoglu, one of the mighty generals of the September 12th military coup, had admitted “There is a rule about Special Warfare; to increase the resistance of the civilians, some val-ues are sabotaged as if they are sabotaged by the enemy. Some mosque could be set on fire. We had set a mosque on fire in Cyprus. Mosques are set on fire for example”, and it was not the only confession of General Yirmibesoglu.

There many more examples like this about such operations of Turkish deep state.

In my opinion, July 15th coup attempt was “another magnificent operation”, just like Yirmibesoglu’s expression about the September 6-7 incidents. It was staged by the trio of Fidan-Akar-Erdogan, and it was an intelligence operation carried out as “sending a few men across and have them give the finger to this side”.

So, why is this subject related to the crisis faced with the US? Why have I broached the subject?

IF ERDOGAN GETS STALEMATED!

As of Monday evening, the meeting between John Bolton, Trump’s National Security Advisor, and Serdar Kilic, Turkey’s Washington Ambassador, turned out to be hot air.

Turkey had requested this meeting. However, Bolton said “no more negotiations”. According to the White House reporters, Trump “is done with it already”.

Besides, F-35 sanction was put into effect after Trump signed the budgetary proposal on Monday.
In brief, the US is not getting any softer.

If Brunson and the other 15 US citizens are not released, the sanctions will continue. The sanctions targeting Turkish State owned Halkbank which was used to evade sanctions against Iran by Erdogan Government to be announced in the following few days is also highly likely.

Considering the fact that a single tweet by Trump managed to shake the Turkish economy, new sanctions will cause unfixable losses.

ERDOGAN DID EVERYTHING HE SHOULD NOT HAVE

So, what is Erdogan actually doing?

In fact, “he is doing everything he should not”.

To begin with, he has fallen at the first hurdle. The place he would end up cannot be any different after arresting a religious official and using him to blackmail/haggle with empty accusations only to bargain with the US.

No need to play a hero.

Prevailing opinion in foreign policy is realism. The countries act in accordance with their power and interests.

In other words, you should not show off to a country you cannot overcome.
That is if you do not have different “plans”.

Like I said, if you look into the matter with the mentality of Aristo, meaning straight forward, Erdogan not only should have released Brunson, but also should have sent him to the US with his own private plane. Because, the economic data is already desperate. He nearly does not have any friends except President Trump in the US capital. There are serious investigations being carried out against Erdogan and his family in the US.

At this point, the reasonable action for Erdogan would be keeping on the right side of Trump.

However, Erdogan did the contrary and continues to do so. By increasing the tension, he guarantees his position.

Therefore, he manages to dominate the agenda of Turkey with empty but melodious discourses such as “we are fighting an economic war” or “they are attacking the leader of the ummah”.

“CARRIED AWAY” UNTIL WHEN?

As a matter of fact, thanks to the endless media power they have behind, they managed to gather so much speed, even the opponent parties, which should have requested the resignation of him, have made statements that “they support Erdogan”.

However, if the crisis gets deeper, the people cannot withdraw their funds from the banks, and the companies start taking down the shutters, then the “economic war” discourses will not manage to restrain the angry masses.

Hopefully I am wrong, and we will not see such things.

If Erdogan gets driven into a corner just a little bit more and starts feeling desperate, if the punishment of Halkbank would disturb the economic balance, and if any investigations arise against him originating from Zarrab’s statements, then he will definitely “step up a gear”.

At that rate, the people will have “more important things to talk about than the USD rate”.

In the end, the people, who will be concerned about the safety of their lives, will push the economic problems into the background. This has been like this throughout the history, and managed to strengthen the hands of the leaders where applicable.

However, compared to the early years, the hands of Erdogan got weakened. It is not easy to have somebody to carry out operations to neighbouring countries anymore.

Expecting a green light from Russia or the US for a cross-border operation is out of the question.

The “things he could get done” inside the country are few but not absent. A controlled tension, street conflicts etc. are not far-fetched.

At that point, it is clear that he will have cogency problems. Thus, it is possible to witness “individual actions which will stimulate the nerve endings”.

For example, let’s remember what happened to Nicholas Maduro, the leader of Venezuela who was getting closer to Erdogan recently. Starvation is widespread in Venezuela, which experiences the worst economic crisis in history, and the year-end inflation is expected to reach 1 million percent.

Oil-rich country collapsed because of bad governing. While Maduro was very much cornered, an assassination attempt mysteriously came to his rescue.

An unknown group of soldiers nobody heard about before attempted to assassinate him with drones. After this strange initiative, Maduro said it was “a grace from God”, and that “they are at war with America”.

Subsequently, the expected happened and Maduro held the opponent leaders responsible and started the operations.

In the meantime, the Venezuelans hit the streets to demonstrate their loyalty to their leader.

Borges, who is a leader in exile, tweeted “We all know that it was staged to persecute and repress those of us who oppose your dictatorship.”

GULEN MOVEMENT MUST WATCH OUT

It is possible to list many examples where the illicit and lawless politicians carry out “operations” to secure their seats.

For example, it is astonishing to see how the incidents happened in Peru are so similar to Turkey.

Let me explain more clearly before I finish:

If the economic table gets any worse, and the street kicks up a row, the Erdogan-Deep State alliance will carry one of their “special warfare operations” into effect.

Where and how will be determined within the “possibilities” but doubtlessly they will do it.

In the limelight, “the things they have done assure what they will do“.

Beyond any doubt, they are planning another incident which is not going to have a “cogency problem” like July 15th.

I hope I am wrong, but the experiences of Turkey, Erdogan’s actions until now require you to be skeptical.

Adem Yavuz Arslan is a leading Turkish investigative journalist in exile based in Washington, D.C. 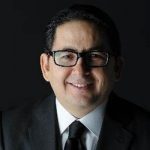