HomeExpertsIs Turkey ‘the homeland’ of contradictions?
ExpertsTop Stories On Turkey

Is Turkey ‘the homeland’ of contradictions? 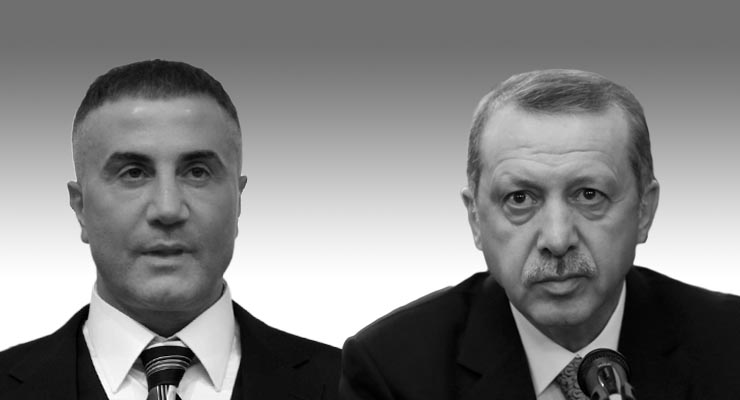 Words have synonyms and antonyms. They have their definitions, correct spellings, uses and pronunciations. Except for the deaf-and-dumb, they constitute a sine qua non for effective communication. The very lucky ones even have their knowledge-enriching etymology. The problem arises when they are (ab)used to portray contradictions – the effect of which becomes disruptive. A contradiction is more than the opposite of the word.

World governments and leaders will tell you they are vigorously pursuing the democracy path. But ask them the rules of the game in use –how they relate to issues like transparency and corruption — you will get a shock. A dipstick into the democracy rules sump of Turkey almost reflects a picture of the ‘homeland’ of contradictions. It looks like the homeland where life hasn’t to be in consonance with proclaimed policies, be it in the letter and definitely not in the spirit.

What constitutes democracy in Turkey today? Forget about Aristotle, Plato, Socrates, Said Nursi and (if it doesn’t offend you) even Fethullah Gulen. In the words of President Recep Tayyip Erdogan, democracy is “a tram (car) that you get off when you come to the destination.”

Reasoning between the Erdogan lines, democracy is not a definite, physical destination or location. It is something like an optional and imaginary political life. This means destinations could be as many as the passengers aboard the “m.v. Democracy” craft. The journey ends at the goal destination of a traveler rather than the destination (goal) of the journey.

So, on the supposedly separate backs of the Judiciary, Legislature, and

Executive pillars spiced with the free Media, and after securing about 50% of the electorate, Erdogan felt he could “get off the tram” because “he had got to his destination”. His destination didn’t have to be that of his state or people. But everything – state and people– have to also disembark. This is typical of all dictators since the days of the Roman Empire’s Roma locuta causa finita (procedurally, the word of Rome is final).

And what follows after that? It’s time for the ‘Emperor’ Erdogan to settle down and reap the dividends without risking too much being deleted from the global map of countries on the democracy (but not necessarily democratic) path. This already fundamentally contradicts the policy and practices of democracy.

Originally, according to the election manifesto, Erdogan and his ruling AKP party pledged to fulfill their commitments to rapidly democratize the state, unify the society and integrate Turkey with the world. In the language of the military and Darts game jargon, their big plan was “to hit the bull” with entry into the European Union (EU).

Instead, there has been one contradiction after the other. We experience efforts being put in rapidly to bring the state under one-man rule. Turkey society is more divided along ethnic, religious and political lines than before. We have the Kurds in their PKK, an assortment of pro-Kurd elements in society. We have the Gulen Movement and its members discriminated against. Turkey moves farther away from the EU membership than before. To fall back again on the military jargon, the EU membership pursuit is practically a washout.

Offices of the UN Human Rights Council have a 25-page document about the justice undermining system through “widespread and systematic persecution of members of the legal profession in Turkey”.

The document reveals 4,260 judges and prosecutors having been dismissed (634 of them convicted on terrorism charges; 1,546 lawyers prosecuted and 311 sentenced to a total of 1,967 years in prison. About 500 administration personnel in the Supreme Court, the Council of State, Court of Accounts and Council of Judges and Prosecutors have been dismissed.

“Numerous legislative and constitutional amendments have given the Turkish government unprecedented powers over the judiciary and prosecutorial authorities, thereby undermining their independence and the rule of law. Within 24 hours of the attempted coup, 2,740 judges and prosecutors had been suspended for alleged links to the Gulenist movement.”

The U.S. State Department in March this year released a 2020 human rights report covering 190 world countries, including Turkey. If there is anything that angered Turkey, it was a reference to the “Gulen movement” instead of the “Fethullahist Terrorist Organization (FETO).”

The Turkish Government reaction was regret about the report’s failure to recognize “the perpetrator of the July 15 heinous coup attempt (that) threatened our democracy and martyred hundreds of our citizens (which) demonstrates that the U.S. still fails to understand our rightful fight (against) this terrorist organization and is instrumentalized once again by certain circles while drafting the report.

“Our country’s resolve to promote and protect human rights remains firm. Two years after the publication of the Judicial Reform Strategy, the recently announced Human Rights Action Plan is a concrete example of this resolve. On the basis of democracy and the rule of law, Turkey will continue its efforts to promote and protect the rights of its citizens as well as those of millions of persons it is hosting.”

At about the same time the U.S, Statement report was released, fresh news talked of the Turkish court having sentenced 121 coup suspects out of 243 who were on trial. These included 86 FETO suspects sentenced to aggravated life imprisonment for attempting to violate the constitution while 25 associated with FETO got life sentences for the same crime. When one gets an aggravated life sentence in Turkey, this translates in tougher detention conditions. This is the substitute to capital punishment –death penalty.

Turkish Justice Minister was quoted in the media as saying fifteen coup-related trials continued out of a total of 289 and that this was the biggest legal process in Turkey’s modern history. Tens of thousands of people have been arrested over Gulen links while more than 100,000 have been sacked or removed from public service on similar suspicions.

Circumstances of what has been and is still taking place in and outside Turkey and the government reaction to the U.S. State Department report made me remember what we say in Africa. During a funeral ceremony, indigenous knowledge says: “The witch sheds more tears that the bereaved.”

How does Turkey remain firm on promoting and protecting human rights by jailing mothers and their breast-feeding babies? Under-ten children have been refused chance for treatment because their parents are Gulenists! The latest is one of a two-year-old. How insensitive can a government be to ignore such a case? Women have been subjected to strip searches in prisons.

How does Turkey talk of democracy when all its pillars have been pulled down? Where does one trace the rule of law when the guilty walk streets and the innocent ones go to jail? The majority of cases with the European Court of Human Rights emanate from Turkey.

Come COVID-19, the country enacted a Trojan amnesty law to decongest prisons but made sure those deemed Gulenists and opposed to the government remained behind. Which good law discriminates against individuals in society?

Finally, among situations those in power should avoid finding themselves in, is having even the slightest link with institutions like the Mafia. Subsequent to threatening perceived dissidents with death, a Mafia leader, Sedat Peker, was released from prison by President Recep Tayyip Erdogan. He was acquitted by the court without even a slight warning and was embraced by the president on many occasions because of his very close relations with the AKP youth.

The court accepted his words as nothing more than normal expression of one’s opinions. Words that won Sedat Peker freedom were: “We will force into the jails after hanging all of whomever we catch on the trees, flag poles. We will hang them in the jails as well. We will hang them on the poles from (by) their necks.”

President Erdogan’s own words were not very much different. “Neither in the East nor in the West is a single member of this organization (Hizmet) comfortable as before, nor will they … If not today, then tomorrow, one day every member of the FETO traitors’ front will pay for his treason against the country and the nation,” he said.

This sort of opened flood gates for Turkey’s disregard to international protocols like the Universal Declaration of Human Rights and contravention of provisions of the national constitution.

All these contradictions find root in inconclusive tag names like “insulting the president, espionage, spreading terrorist propaganda and attempting to violate the constitution.” Turkey is the homeland of contradictions. Otherwise, apart from has been said earlier, how does the country promote education by closing schools, universities, laying off, prosecuting and jailing teachers, and laying books to waste?

In the name of public health delivery, some doctors would not sign their names to medical reports alleging torture due to fear of reprisal. As a result victims are often unable to get medical documentation that would help prove their claims.

What the ‘homeland’ of contradictions Turkey is!