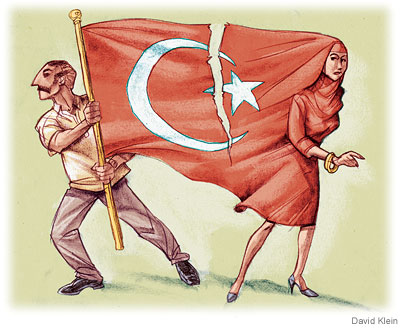 On January 10, Enes Kara, a second-year medical school student residing in a dormitory run by a religious group in the city of Elazığ committed suicide alleging intense pressure by the group members to follow strict religious rules, among other things. While the news of his death was received with sorrow and anger by people across the political and ideological divide, the Kemalists and secularists were the ones leading the outcry. They called for a blanket ban on all student dormitories run by each and every religious group citing this incident.

Less than a week later, 16-year-old Bahadır Odabaşı took his own life, depressed due to his father’s unjust and arbitrary incarceration for the past four years. His father, Nureddin Odabaşı, was dismissed from his job following the coup attempt on July 15, 2016, and later put behind bars for his alleged affiliation to the Gülen movement which is also an Islamically inspired group. In this case, however, there is a radio silence amongst those who were the loudest following the tragic death of the medical school student.

These two tragedies bring to light the sheer hypocrisy and double standards of the Kemalists and secularists of Turkey. Enes’ death came in handy as it provided them with an opportunity to push forward their long-time agenda of demonising the conservative and religious groups in the country, but Bahadır’s story doesn’t serve such a purpose. On the contrary, he and his family are innocent victims of such demonisation both by them as well as the ruling AKP.

Tens of thousands of innocent Turks have been greviously persecuted as a result of an unabated vilification campaign unleashed upon the Gülen movement by the Erdoğan regime with explicit support from a large section of the Kemalists and secularists.

The excuse used to expel Nureddin Odabaşı from his job and incarcerated is he served in the Gülen movement-affiliated educational institutions in Turkey and Azerbaijan – institutions that were established under the law of the land. In the wake of the controversial “coup attempt” in 2016, the Gülen movement was declared a “terrorist organisation” in Turkey and every institution affiliated with it was shuttered overnight. Not only were those institutions closed, everybody who ever served, or enrolled their children in schools or institutions, became a target of the spite of the regime.

It is incomprehensible how, overnight, working in a legally established and government-audited institution can be counted as a crime, but in Turkey under the leadership of Supreme Leader Recep Tayyip Erdoğan, it has become an appalling widespread practice.

Nureddin Odabaşı is only one of the hundreds of thousands of victims of such a practice, and his 16-year-old son, Bahadır, is also only one of the thousands of children who have lost hope in the future due to incomprehensible social exclusion and deprivation imposed upon them by the political elite of the country – both ruling and opposition. 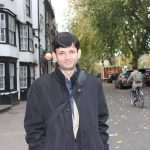