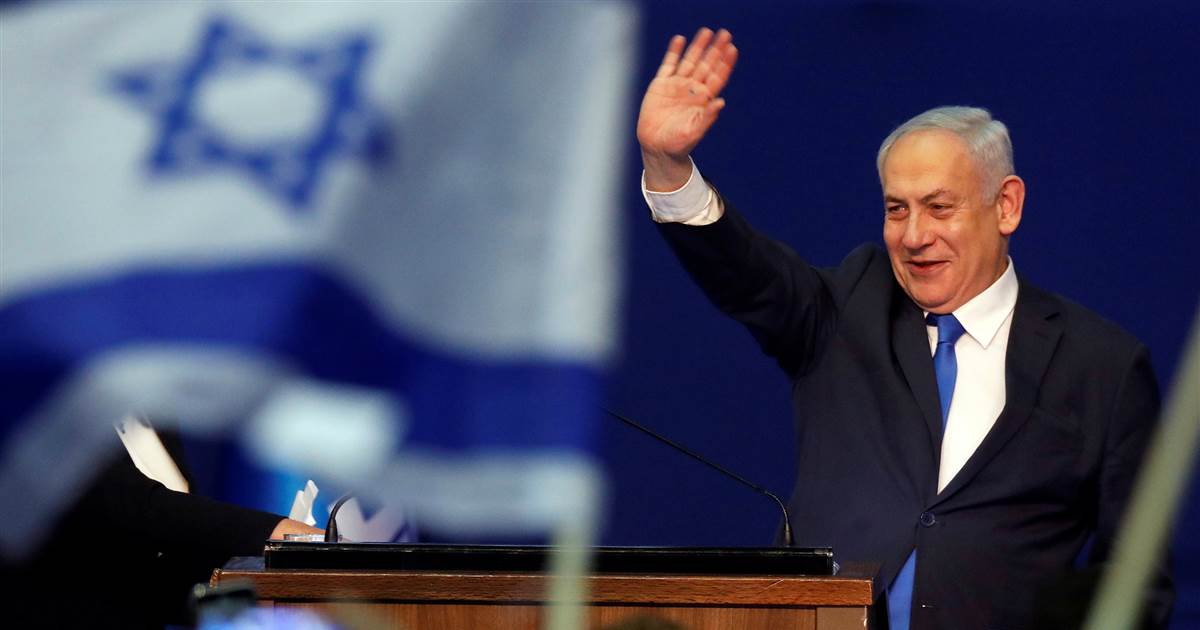 In the midst of Israel’s onslaught against Gaza, the country is trying to put together a government after its fourth election in two years.  Netanyahu had first shot at doing so and failed.  Then Pres. Rivlin passed the mandate to the center-right leader, Yair Lapid.  News reports said that Naftali Bennett and his far-right party had worked out an agreement with Lapid by which Bennett would rotate as prime minister with Lapid following him.

But guess what happened on the way to a new government?  Netanyahu just happened to have started a war with Hamas.  Then all bets were off.  Israelis seeing their fellow citizens dragged from their cars and beaten senseless, while synagogues in Lod go up in flames put the damper on the prospect of right wing party’s like Bennett’s sitting in a government which included the Islamist Raam Party.  Neither the voters of Yamina or Raam could stomach this in the light of the bloody images aired on their TV screens.  Bennett crashed the center-right option today, announcing he was abandoning talks with Lapid and returning the Bibi’s fold.

Lapid has another three weeks in which he will continue to attempt to form a coalition.  But his prospects are non-existent.  Netanyahu’s are as well unless Bennett’s return to the far-right Likud fold encourages the required two MKs to bolt from one of the center-right anti-Bibi parties.  This is unlikely.  In that eventuality Israel goes to a fifth election.

But the best part of this scenario for Netanyahu is that he continues as prime minister.  This is important because he is in the middle of a criminal trial facing three corruption counts.  If he is convicted, he would be required to resign.  However, as long as he is PM there are many legislative rabbits he can pull out of his hat to stave off such a fate.  He will work feverishly like the Wizard of Oz behind the curtain to salvage his career and keep him from wearing prison stripes in an Israeli jail.

As I wrote here, the current battles in Gaza served Bibi well.  He gets to look like a tough guy, kills a few hundred Gazans, knocks his political rivals off their game, and stays alive to fight again.  It matters little that the streets of Israel are filled with rival Palestinian and Jewish gangs searching for Arabs or Jews to beat to a pulp; or for business they can loot.  Or that the defense minister had to summon, for the first time in the nation’s history, troops to patrol the streets to prevent the mayhem from spreading farther.  And it certainly doesn’t matter that mothers are wailing over the bodies of their dead children.  On the contrary. Israeli mother’s, if they see these images at all will say: better her than me.  And that’s the cynical level to which Israel’s existence has sunk.

This article first published at Tikun Olam by Richard Silverstein.