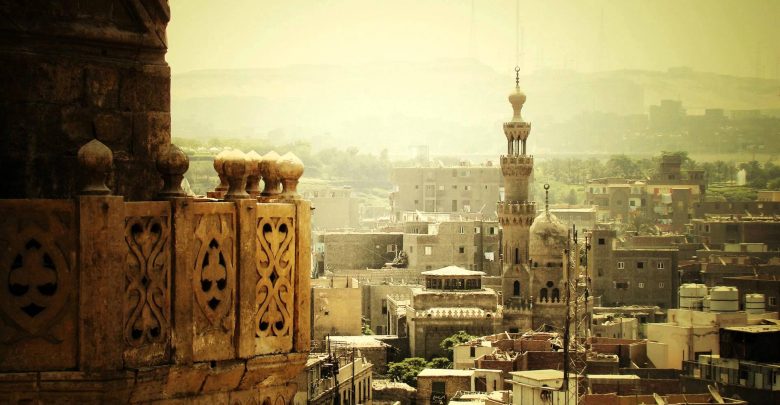 Many people who view the Muslim orbit as a threat to the western world are either ignorant to the fact that the Islamic orbit is not united or even disjointed. There is no such an Islamic world either, but Muslims scattered in the regions, it is appropriate a parlance to call an Islamic Regionalism. And there is no dominant leaderships as well. Relationship between leaders from Muslim countries bases on mutual financial benefits.

Suudi King is one of the most generous philanthropist leaders. The divergence is salient among the school of thought. Although Huntington’s assumptions have many holes.  Within Huntington’s Islamic orbit, there is a very strong perceived “Sunni-Shi’a” divide. Yet with a crack but not divergent, however Even further, there is a strong intra-sectarian divide between Asha’ari/Maturidi/Sufi Sunni and Wahhabi groups. In recent times, there has been a strong Wahhabi current associated with political Islam that arose from Sayyid Qutb’s thought. In many cases, Wahhabist emphasis for a “restoration” of the Caliphate system, in which there is a supreme supra-national Islamic-based government appointed Muslim ruler.

Ironically, it was the Wahhabi Najd-Saudi separatists who assisted the Allied powers, led by Britain and France, in destroying the Ottoman Empire, by destroying Turkish infrastructure and terrorizing Turkish and other Middle Eastern citizens in the Middle East. This occurred during the First World War nearly one hundred years ago.

Now, in many interactions between Muslim people, there are discussions about “restoring the Caliphate.” Many Sunnis desire a return of the Caliphate, and an overarching Islamic ruler who will rule in accordance to piety. However, there are disagreements on who should run the Caliphate. For this purpose, there are many both avowed and ascribed leaders. There is no consensus, but it is expected that when the Caliphate is restored and announced, there must be submission and obliteration or compromising.

Otherwise, disagreements result in racism and takfirism. The Wahhabi-dominated According to Madawi al-Rasheed’s article on the Monitor, the largely Wahhabi Ulema, or the clerical estate in Saudi Arabia is fearful and resentful of a rising Turkey because the Islamic wave in Turkey, which favors mainstream Sunni Asha’arism, which is viewed as “impure” and outside the “proper” fold of Wahhabism. The director of the Imam Muhammad Ibn Saud University considered the Turkish nation to be sinful and debased, as well as its government It should be important that this is a disagreement between two Sunni schools of thought.

Even Sunnis are in disagreement on who should lead an “Islamic Front.” The disagreements between Sunnis and Shi’as (who have radically different ideas of Islamic leadership) are even greater. As we know, the Sunnis emphasize following the example of the Sahaba (companions) of the Prophet Muhammad, and believe that any pious Muslim, regardless of prophetic lineage, can become the supreme ruler of the faithful. Shi’as on the other hand emphasize following the example set by the Ahl ul-Bayt (progeny) of the Prophet Muhammad and believe that people hailing from that lineage can truly be the supreme leader of the faithful.

The disagreements have resulted in disagreements and even bloody conflicts, from the First and Second Fitnas during the time of the Ali, who ruled the Rashidun Caliphate and Muawiyah, who founded the Ummayyad Caliphate, to the current conflict in Iraq between the Shi’ite-led Iraqi government of Nouri al-Maliki and the hardline Sunni ISIL (Islamic State of Iraq and the Levant.) Huntington characterization of the Muslim nations as part of one, singular bloc, that poses a collective challenge against western civilization and values is based on a broad statement that Muslims are essentially the same in their beliefs, without understanding the long and intricate history of the Muslims dating back to the First and Second Fitnas in the seventh century. Huntington definition of the Turkey as a torn country, also needs new interpretation as Turkish government turn into Islamist authoritarianism, remind you that. Turkish government called the pious, Gulen movement as non-muslim (Takfirism) applied.

The illiterate perspective on Islam in the West stem from the fact of the foundation of denomination facture in Christianity, division in Islam however is not from the foundation or the creed but it is deed; the practical Islam in everyday life today is different from the Islam back to 1400 years ago. Modern Islamic rooted leaders recite Islamic obligation, but they are the first violate, exploit and abuse for their political interests. Turkish government with the Islamic root sets exemplary today, same was Kaddaifi in Libya, Saddam in Iraq and Mubarek in Egypt. Middle Eastern DNA likes hierarchy from top to bottom force to acquire hard authoritarian system instead bottom to top to have transparency, democracy and pluralism, Turkey might be propelled but Islam is distorted and abused by the ruling politicians who thinks they are better Muslims and landlords.

The lack of leadership who purely and profoundly interpret Islamic authentic sources lead Islamic communities to the nowhere, Islamic Orbit has been in need of the spiritual and wise leaders such as effective as first Rashidun Caliphate more than any other time in the history. Today Muslim world if there is any needs to go back to the age of the bliss, the time of darkness of arrogance, intolerance and disunity disappeared.

Muslims urgently need Umar Bin Al-Khatab, the second Caliphs who succeeded Ebu Bakir, who upheld the rights of the individual, turning down the luxuries life and marked his name in the very early of pages of the unwritten constitution, uttering “if a lamb get lost at the bank of the Euphrates, Omar (himself) be the primary responsible for it” he established many first Islamic institutions such as establishment of courts of justice and appointment of judges. Today Muslim world leaders need Caliphs path to rule to social justice, pluralistic society and individual freedom, unfortunately, the leaders who tend to start off acting democratic, pluralistic and trustworthy turn into authoritarianism.

The leadership vacuum in Islamic Orbit that are not strongly attached to the teaching of the Prophet Muhammad lead public to the misinterpretation, misinterpretation paves way to miss presentation to radicalization and radicalization feed people on the manufactured, exploited and coerced belief by the leaders or terrorist group in Muslim countries. A good case, thus, there has been always a harsh fight between pious Muslim (Gulen Movement) and those who are political Islamists (Turkish Government).

The main problem of second group of Muslims today has no attachment to the authentic teaching of the Prophet Muhammad and the interpretation of the Quran but often end in misinterpretation and misrepresentation of that Muslim themselves. Their mentality feed the radicalization; thus, they don’t like Sunni Islam perspectives on the social life and governing. Another dilemma because Muslim don’t find solution easily what modern life brings to their life or since they are far away from the two radiant light sources that are both panacea to every calamity that Muslim world face, instead Muslims search answers outside and out of the sources.

The modern structure requirements apply its popular culture on the faith and recasting the social cement into a new faith and life circle order that distant from the traditional teaching which I intend to call it fashion Muslim, modernized Muslim. A couple years ago,  a pilgrim at the Medina took Selfie during the sacred Hajj caused the outrage of the Muslim Clerics or a modernized Muslim can easily consume alcohol; similar examples around the Islamic Orbit proves that Modern life that destroyed the Pious Christian family roots in the West lurking on the Islamic Family values.

After World War 2 American economic dilemma and hardship dragged the family members an institution then to the individualistic society which led to the imbalance and shaky column of the family. It seems it is going to lead the Muslim families from collective action to the individualistic style of life. There is no conclusion for this article. The debate will continue for years ahead, as the wounds will go deeper in the Islamic Regionalism.