HomeExpertsLiving and Loving the American Nightmare: A review of Toby Wolff’s This...
Experts

Living and Loving the American Nightmare: A review of Toby Wolff’s This Boy’s Life” 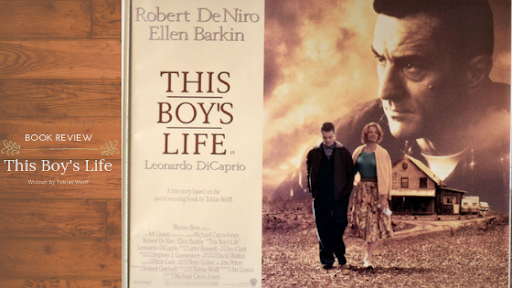 Tobias Wolff’s This Boy’s Life is about a mother and a ten-year-old child Toby, moving from Florida to Utah and next to Seattle and Chinook. There was a brief moment when Rosemary was in Washington, D.C. working for the John F. Kennedy and Adlai Stevenson’s campaigns. The mother and son went through episodes of life characterized by the search for support systems, failed relationships, physical and mental abuse by the men they met and she married, and most importantly the devastating impact on Toby’s childhood and young adulthood.

In the first chapter “Fortune” the story began with a car crash on their way to Utah with Toby and Rosemary in it; a metaphor of life’s downhills and destructions along the way for both. The vehicle of the crash was their Nash Rambler automobile, a symbol of freedom, mobility, as well as the American dream of post-Fordist industrialism. The memoir ended with two people in a car, Toby and Chuck, singing happily as they rode to California; the scene of John Wayne riding towards the sunset. The chapter ended with the title “Amen”, signifying that all had been alright after all, although everything was crashing as life’s journey started and that it’s all part of living the American dream.

This Boy’s Life is a personal narrative of a boy having to face constant emotional abuses but still grew up with all the wonders the world had to offer — work, play, school, fights, friends, girls, guns, pranks, thefts, lies, automobiles, and the uniqueness growing up in post-war America.

There is an irony though: whatever the situation mother and child were in, Toby especially grew up as one who could withstand the abuses and came out philosophically strong and emotionally wiser.

The saving grace in the otherwise suicidal consequence of the ten-year-old is the mother who was gentle yet firm in raising the boy. She trusted him in almost anything he did and did not easily believe for example, in the reports from the school of the mischiefs Toby got into. She wanted to become both the father and the mother, in this case, knowing that she had no other option of raising the younger of her boys whom she had custody of.

Rosemary’s gentle parenting of the “wild boy” Toby was a consequence of her rejection of the way her violent father raised her. She did not believe that was how she should raise Toby and his older brother Geoffrey. Rosemary was a gift to Toby, at a time when his surrogate fathers were out there to abuse him, in the name of “tough love” and in the way they download their own life’s frustrations onto little Toby. Dwight, the stepfather from Chinook was especially instrumental in providing such an abusive environment for Toby, although his intentions to make the boy into a man had its comical and admirable moments.

As I read it, the theme of Tobias Wolff’s This Boy’s Life is ethics of authenticity, as the philosopher, Charles Taylor would put it; a language of personal resonance that wish to come out of the self as the force of Good, and as that voice of the self — of one yearning to be freed from the structure of oppression one is born into.

The search for meaning and identity was not easy for Toby; he started off renaming himself Jack, after the author Jack London (pg. 8) presenting himself to the outside world through false representations for example in the case of his correspondences with his pen pals Alice and next, Annette, and in almost what he did in his escapades, lies were the instrument of his identity-assertion. He lied about his family, about his wrongdoings, about his status as an Eagle Scout, and finally about his grades he doctored and sent to prep school admission officers and representatives. Lies upon lies were weaved as if his life was one big lie without him realizing it.

Here is the irony, nonetheless. Toby lied not because he is a compulsive liar but because I believe, he was always in the process of reinventing himself and always wishing that life is better than what he is living. The lies would hopefully lead to the passage that indeed the truth is that he is a noble being who wanted the best in life he deserved. He wanted the truth about himself to emerge out of all those lies combined. His mother, at least believed that he was a good student and Toby wanted to live up to that perception however blatant the lie about him as a “scholar-athlete” was.

His existence fell short of cursing himself that he was born into poverty, hopelessness, and always at the mercy of being empowered by others who are violent and who themselves came from cultures of dehumanization. Toby was noble enough not to curse his birth as God’s mistake – because he was well-loved by his mother. He saw himself as one who will try his best to not hurt her and will always be there to protect her. Above all, Toby’s life was about creating conditions of freedom and happiness for him and his mother. A mother’s love seemed not enough for him; a perfect and loving family is.

The philosopher Jean-Jacques Rousseau talked about “the cry of Nature in the child”; a sense of freedom always, not for the self to go berserk and become anarchic or to rebel against everything, without rhyme or reason or a legitimate cause (as in the character of James Dean in the movie East of Eden,) buy that voice that refused to be silenced.

Toby’s life was poignant but the poignancy and the impact of the multiple levels of oppression inflicted upon him as a child are not without comical and liberating moments as a young man imbued with the chaos, complexity, and comical consciousness of growing up absurd. America is an absurd place to grow up in and Toby’s story gave us the universalizing experience of understanding, in this case, the story of growing up in post-War America.

Challenges to the individual, the yearn for inner order amidst outer chaos, emotional stability, for a nurturing father figure, a life being free from being treated like a “child slave,” the frustration of life’s plans gone wrong, the sight, sound, taste, feel, and a touch of everything around him going wrong — these are the associative themes of the story of how Tobias Wolff survived himself, without resorting to suicide or a life of loving gun-violence and high crime.

How the individual named Toby played with authority, deconstructed hegemonic relationships, formed a unique perspective of the self even through a layer of lies, and finally saw a mirror of himself of what he ought to be and will become, after a life of crashing down lonely roads and highways and picking up the pieces only to be broken into more pieces — these are what made Toby what he is. He ended up a survivor of the American tragedy or nightmare, instead of one who lived the promises of the American dream. He started with a rich father, albeit in “paper riches.” and one who finally ended up in an asylum (pg. 284.)

A cursory reading of This Boy’s Life, a memoir of growing up in post-War America may bring one to conclude that it is merely another American story of coming of age in a structurally and physically violent childhood setting, but what made it an “American story” is the philosophy of pragmatism and existentialism I feel running through the theme of a struggle between Fate and Free Will.

Drawing from the themes of American individualism as analyzed in woks such as The Culture of Narcissism and Habits of the Heart and the genre of literature of the American psyche and experience, I conclude the teenage life of Tobias Wolff as one that exemplified the need to break rules, to make mistakes, to sin to the extreme, and to do deplorable things teenagers must do as teenagers, to become a man who would then understand what being one means and to not repeat mistakes and to use life’s lesson’s learned to guide the “junior members of society,” as the educationist and pragmatic philosopher John Dewey would call the young.

The quote below is notable in summarizing the story of Toby:

“WHEN WE ARE GREEN, still half-created, we believe that our dreams are rights, that the world is disposed to act in our best interests, and that falling and dying are for quitters. We live in the innocent and monstrous assurance that we alone, of all the people ever born, have a special arrangement whereby we will be allowed to stay green forever.” — Tobias Wolff (p. 286)

The story of the boy who survived America can best be summarized by way of “namesake” in that he moved from carrying with hatred and “scalding humiliation,” the “girly” name Toby (pg. 8) to renaming himself “Jack London” (after the author of The Call of the Wild,) (pg. 8) to finally grudgingly using his full legal name “Tobias Jonathan von Ansell-Wolff III” (pg. 260),

In these three phases, Tobias Wolff reconstructed himself out of the ruins of his “boy’s life”, a life opposite of the one promoted in the scouting magazine “Boy’s Life.”; a life he saw that was almost perfect had he been recommended for promotion to the highest, chivalrous, and noblest rank, the Eagle Scout. In the end, and his own words, Toby believed that he would, in life, “rebound”.