HomeExpertsLooking at Russia-Ukraine is like Thinking About the Still-Missing Malaysian MH370 Airplane:...
ExpertsHeadlineInternational News

Looking at Russia-Ukraine is like Thinking About the Still-Missing Malaysian MH370 Airplane: Who has the truth? 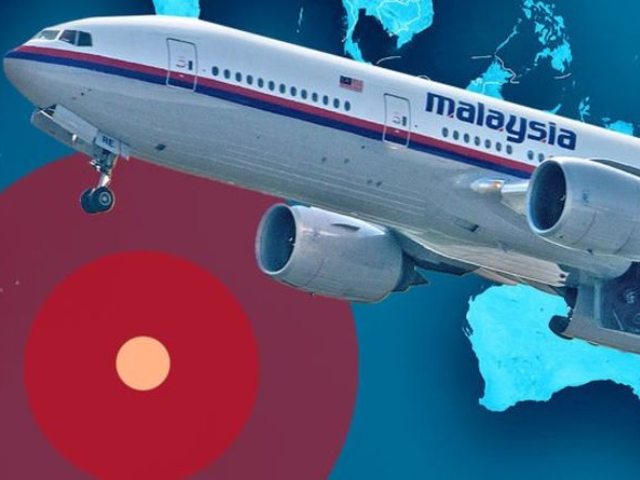 Last week I wrote these notes as I was thinking of the world, in preparation for a lecture on Sustainability, Human Rights, and Peace and Justice.  I wanted to also read the mind of political journalists as they take sides reporting, as they interrogate their subjectivities, question their biases, and acknowledge their human-ness and their idea of “what-am-I-objective-against?”, and as their stories paid by the pied piper residing in corporations or the State. Unless they have their own forum independent of these controls, and they answer only to their souls.

So, my notes are essentially philosophical and in the next section, I present the Marxist dimension of writing, the “cui-bono” (who-benefits?) notion, and how as a case study can be applied to the still-missing Malaysian airline MH370.

WE CAN NEVER KNOW the truth about Russia-Ukraine. Who is right? Or wrong. Truth: We can only take sides based on what is told.

IF EUROPE SENDS PEOPLE to fight in Ukraine, it will be a bloody mess. Prelude to World War III. Putin knows Machiavelli well.

LEARN TO ANALYZE ISSUES like blind men and an elephant. Only this time the eyes of the blind are now wide open. Kaleidoscopic.

“TRUTH” How we construct this depends on the method we use. Truth and Method. How we see things depends on how we view ourselves.

TRUTH. We live by metaphors. Organizations by those too. Cultural perspectives matter in seeing through “truth”.

TRUTH. Invasion of Ukraine might not be an invasion after all. From multivariate-alternate perspective.

TRUTH. In an age of everchanging complexity of media and production of its artifacts of perception-crafting, truth disappears.

TRUTH. What matters existentially, is the truth of one’s existence & how psycho-socio-neurology within functions in crafting truth.

TRUTH. In the life of our mind, why must we consume other people’s truth — about religion, God, politics, fate and free will?

TRUTH? Not just a concept ideologized, but production of consciousness-manipulating neurons that become us.

TRUTH? We are truth within ourselves. Unto us. But necessary to step outside of this realm to see the truth from a vantage point.

TRUTH. Not a question of “what is REALITY”. Rather, how real is real? A philosophical theme of inquiry.

TRUTH. Platonic Theory of Forms attempts to illuminate the truth and perception and reality problematique.

TRUTH. Of the religious scriptures. Are they alive? Or words read to be made alive? Hence, “living words”? Complex notion.

TRUTH. Do we read the world? Or let the world read and write us, inscribing our consciousness with externalities of “truth”?

TRUTH. Is reality. Is language. Is consciousness. These are complex concepts in themselves. Hence the existential issue of language.

Still, where is MH370 – the Malaysian airplane?

Towards looking at Ukraine I remember what I wrote on Malaysia’s missing airplane.

The following is based on a minor-edited version of my analysis:

Thinking of the still-missing Malaysian airplane, contemplating on a Marxist theory of informational diffusion, I came up with these random notes on media oligopoly I am sharing in this week’s column:

Information wants to be free and wishes to leave the shackle of control and the kingdom of officialdom.

Marx once said that whoever owns the means of production owns/controls (re: Vladimir Lenin’s classic essay on ‘commanding heights’,) and control the production of consciousness, and further controls the evolution of the act of knowing and the contents of what is to be known because what is known is produced as artifacts with politics of control structuring them.

CNN, the media empire of Rupert Murdoch, Time-Warner AOL, and media corporations controls the production of what is to be known, albeit appearing to be producing “objectivity” hidden under the shibboleth of “liberal-democracy” whilst in essence governed by the hegemony of the tightly-controlled news and informational oligarchic empire of consciousness-production.

This might sound like a (Noam) Chomskyian analysis of the post-modern, post-information age paradigm of media production re: the reporting of the missing MH370. It could as well be a Chomskyian view in need of a further work of deconstructionism.

There are classes of control of knowledge-production and those producing information in the ongoing reporting of MH370.

Those who know the whereabouts of the aircraft, such as leaders of the game, such as presidents and prime ministers playing the role of ‘chief-of-staff of armed forces’, etc. in collaboration with the warrior-commander-Kshatriya class and the most elite of the intelligence unit and working in tandem and alliance with military and supra-intelligence allies, the secret must be kept (from Edward Snowden or Julian Assange) as long as the national and international security is safeguarded – the plot must be kept intact and the show must go on…

Those who know the “unsealed part of the story” will be playing the role of making sure the world and the public know what’s happening, in the name of freedom to know and freedom to profit from conflict or even the manufacture of conflict. The philosophy of news reporting is simple: live and breathe the paradigm of liberal-capitalist informational democracy through sound-bite and blitzkrieg- technologies of cognitive dissonance and funnel in as much as possible issues versus non-issues and speculations and half-truths to feed the four-eyed viewers who are starved for information and drowned in speculations.

That’s the role of the media, whether in America or in Malaysia. The longer one gets glued to the TV, the higher the ratings, the more big advertisers will pour in money.

But the media will only be allowed to view a certain amount of secrecy.

CNN will not talk about speculations that the US government and its media and military ideological apparatuses know what is happening and perhaps instead the focus will be on the incompetency (rightly so…) of the Malaysian government in handling this with her bumbling and fumbling technology and techniques of handling security (again, rightly so… with all these flip-flops, contradictory statements, and true-false vacillation of official reporting, and those elusive and informational-hide-and-seek-and-peekaboo type of reporting we hear since day one of the mystery unfolding.

That’s what the media is good at and will profit from. To report on speculations that the army or the government is perhaps involved in a huge cover-up will not be good – it will mean a media kamikaze of epic instant death proportions.

CNN will report on the human side of the story, bringing in expert after expert, lullabying viewers with a thesis-antithesis-synthesis fiesta of media party and focus on by the minute day-to-day coverage of the search for an object in many vast oceanic haystacks… the rescuers and commanders of the search and rescue and recovery team do not have access to the “sealed information” on what actually happened and what is still happening

The sealed information lies with those in Level 1 above. Those searching are committed to their search and doing their job for the country and for the family and in the name of solving a most mind-boggling mystery (although Google Earth can photograph your car’s plate number from outer space).

Of the owners of knowledge of what happened to MH370 are the classes of people who had consumed the information produced by those in Level 2.

In essence, there is both chaos and structure, and complexity and simplicity in the way we understand the kaleidoscopic and fractal nature of informational flow.

And who would Marx pronounce as the winner in this informational war, a Mahabharata of media mayhem of the construction of reality?

Not human beings. But technology. Media technology. Manipulated by the Military-Industrial Complex. The Frankenstein of our Orwellian World of 1984 inhabited by members of the Animal Farm.

Welcome to our global village.

That was my Chaos Theory-inspired analysis of the missing airplane.

How do we look at the Russian-Ukraine issue then?

In other words, as an educator teaching about global issues, do I take sides when the information will never be enough for me to have an informed opinion, and that my job is to make my students think and teach them how to think and not what to think, as the American pragmatic philosopher John Dewey would suggest – how do I do this while still remain a human being with philosophical sensibilities as exemplified by the questions I had at the beginning of this writing?

Herein lie the idea of teaching students how to “look at a butterfly” flapping its wings in the Amazon jungle some 100 years ago, and using scientific thinking discern the nature of global issues and world politics, taking into consideration the kaleidoscopic, multidimensional, fractal-geometric nature of events unfolding and how these have their origins which have origins and origins ad nauseum!

I suppose that is how we ought to look at the Russian-Ukraine issue and explore alternate and multivariate perspectives. From the philosophical, ideological, political-economic, strategic, leader-ego-centric, and of course geopolitical-strategic issues. Complex interlocking-directorateship of ideas we need to untangle and yet we will never find the right answer. We can only accept ones that will be comforting to us.

Could this be the reason why the United States primarily have not decided to declare war on Russia and instead, in the meantime plan to beef up NATO with arms (as a lucrative business of the US military-industrial-complex) and to be fair, to avoid a situation as such as Kennedy’s Cuban Missile Crisis?

I don’t know. As Socrates would say.

Because Vladimir Putin is a realist.

As real as the literary approaches of Tolstoy and Pushkin and Solzhenitsyn.

As real as Lenin.